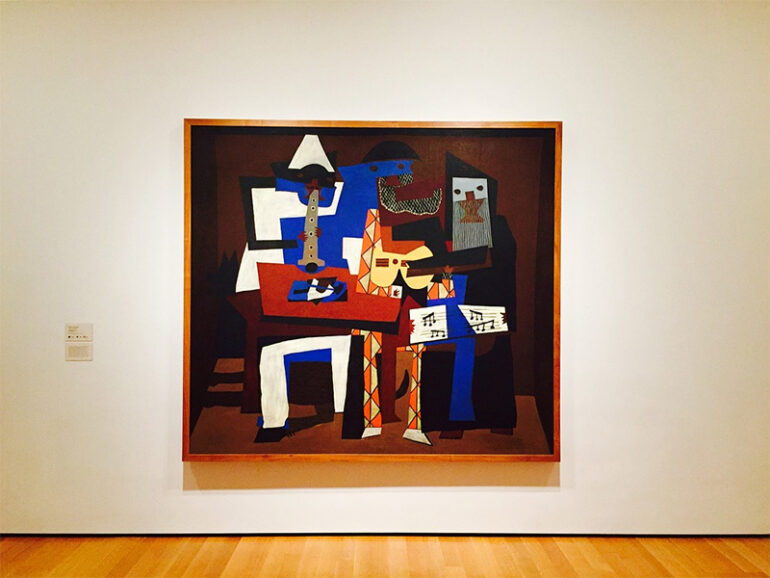 People know the name Pablo Picasso as he is a renowned artist. However, not many know that he, together with Georges Braque, created an art movement that sought to revitalize the existing traditional art movement. The style they made forsook the classic renaissance form and instead merged the foreground and background into one. They also depicted their subjects differently as they used geometric shapes and abandoned the concept of perspective. In addition, they didn’t espouse creating an illusionary space and revelled in turning away from the realistic depiction of their subjects.

Living in Paris in 1907, Braque and Picasso sought to move away from the classical style that defined art for centuries. Their revolutionary technique allowed them to transform everything around them into geometric shapes. This style shied away from the romanticized depiction that artists sought to master during those times. Critics described their art as “cubist oddities”; thus, the movement became known as Cubism.

A different take on reality

Cubist artists sought to veer from the prevailing concept, with multitudes of artists recreating a three-dimensional representation of their subject. They felt that creating such an image is trickery and doesn’t reflect the real experience of the object. Instead, these artists sought to show what things looked like from different angles of perspectives. They used flat geometric shapes to represent the dimensions of an object but in a way that didn’t use perspective. Some of them used shading to define an additional dimension, but overall, they used the two-dimensional space to showcase their brand of reality.

Picasso and Braque collaborated on their work, with one or the other providing critique and wouldn’t pronounce any artwork done unless the other approved. Such an artistic collaboration resulted in various masterpieces.

The movement drew inspiration from different sources and cultures, most notably from African art and masks.

Art historians classify the cubism movement into two distinct phases. The first phase ran from 1907 until 1912. The period is known as Analytical Cubism. Artists reconstructed their reality from different viewpoints to evoke a sense of reality. Unfortunately, the artists used a limited color palette, too. This led to their artwork looking similar and highly predictable.

The second phase ran from 1913 until the 1920s. With Picasso and Braque producing almost identical art, they seemed to lose their artistic vigor. This phase, known as the Synthetic Cubism period, introduced collage and color vibrancy into the equation. This led to more Cubist artwork that looked abstract and simple but also more light-hearted and fun. From the serious overtones of the first phase, the second phase introduced a sense of joy that seemingly lacked in the previous iteration of the movement.

Are they worth anything?

If we’re talking about the renowned Cubist artists from the first and second phases and with enough provenance, the short answer is yes. Picasso, Braque and Cezanne artworks regularly go from the hundreds of thousands to millions in the right market. On the other hand, contemporary Cubist artists command less money, so it’s worth looking into investing in them, too.

Cubism sought to break away from the classical movement with its revolutionary take on reality. As a result, their movement grew and evolved from a monochromatic perspective to a more vibrant take on everyday life. With several renowned artists, Cubism is one of themost important art movements of the 20th century.

1st and featured image by https://pixabay.com/photos/picasso-pablo-picasso-museum-1691133/