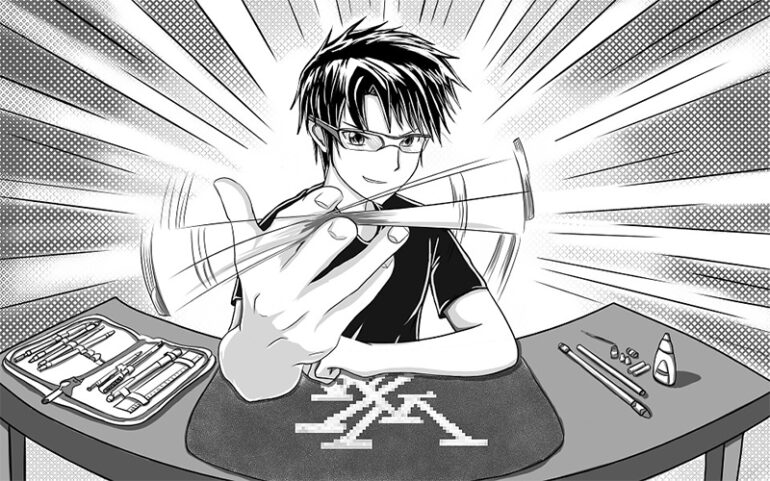 In Japan, anime pertains to any form of animated media. However, to the rest of the world, anime is a genre that is specific to Japan. Anime has many subgenres that are well known, such as sports, romance, shounen, and the like. Many people tend to underestimate the work that needs to be put into animating because they get the impression that it doesn’t take much because it is a medium for children. This, however, is the complete opposite because animation would require you to start everything from scratch.

Animators who work on anime are highly skilled in their line of work. Most animators need a general knowledge of anatomy to make sure that they can make movements look natural. Moreover, they also need to be flexible because they need to know how lighting, shading, values work. And this is just a shortlist of what is needed to be able to animate. In today’s digital age, animators would have to be familiar with different software for digital art and animation to work quickly and efficiently. Some studios even require their employees to take short classes on anatomy, software, and animation on top of degrees in animation.

The process of making and producing an anime is long and tedious. Most anime today follows a story from a manga. Doing this makes the scriptwriting easier. As for the animation, however, more traditional studios make anime by drawing each frame one by one and stringing them together into one fluid motion. In comparison, more experimental studios are trying to use CGI or Computer-Generated Images to animate a scene. Aside from putting all the frames together, animators also must consider different factors such as the lighting, shot composition, poses, background, and much more. There are also tight deadlines to be met just to finish anime on time. And some anime even take years before they finish animating it. And this illustrates how much work goes into making anime.

Anime has a long catalog of genres. So, looking for something to watch won’t be a problem because the list keeps ongoing. You’re bound to find an anime you would enjoy watching. The biggest appeal of anime is that it wasn’t only made with kids in mind, they are a lot of anime that older audiences would enjoy watching. So, no matter your age, you can find something you would like.

We should try to erase the stigma around animation being a medium only for children because these animators put in so many hours to animate a single scene. Instead, people should learn to appreciate the animation. These animators work behind the scenes, so we only know half of the story about the process and workflow these animators go through. So next time you watch an anime, try to appreciate the fluidity, anatomy, and background in a scene. It would help more people realize the immense labor these animators push through every day to deliver the best possible experience for us, the audience.

Featured and 1st image from https://pixabay.com/illustrations/spin-pen-manga-anime-976930/