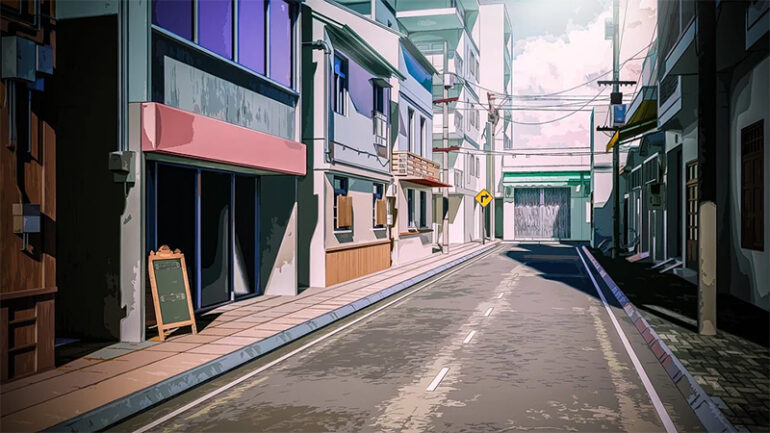 When it comes to the anime art style, there are plenty of different examples of what one would call to be masterpieces of the genre. Some sublime examples would be animated films such as Ninja Scroll and Ghost in the Shell. You will hardly see anyone praising the art style of the generic manga as it often looks far too commonplace to be noteworthy.

That said, those willing to look closer will find something to appreciate when it comes to the typical manga one might see in a bookstore. Those who tend to see the many nuances of the mangaka’s art style often come from those that try to replicate the art style. Whether for fun or to try to make a manga of their own, most people find something genuinely worthwhile in the experience.

It might come as a surprise, but backgrounds tend to be some of the most impressive pieces in the manga. For some reason, most manga artists are well aware of how to draw a location just enough that it seems real without necessarily breaking immersion with the characters. The anime style that people have grown accustomed to fits incredibly well with these immersive background pieces, which is why most artists tasked with drawing manga tend to go all out with backgrounds.

There is something simple about the pieces, while at the same time it looks so real that it’s honestly surprising. While some might argue that manga is basic compared to most other styles, it does not change the fact that manga conveys itself surprisingly well when it comes to what’s going on in the background.

The subtle touches in expression

The biggest argument with manga tends to be the strange ways the face is drawn. Some have eyes so big that they’re often known as bug eyes. Others still look relatively normal, but it doesn’t feel like there’s anything too strange at face value. It is the latter that holds plenty of promise, as it is the very fact that there is nothing of note that makes it special.

The uncanny valley is that strange gap in perspective when something looks so realistic — but not realistic enough — that it becomes eerie. Plainly drawn manga characters do not suffer from the uncanny valley, and their expressions shift much like a real human being based only on a few changes to the face.

Lastly, one of the most impressive parts about manga artists is how consistent they can be with their work. No matter how detailed the backgrounds or expressive the faces, the fact that the manga artist is expected to churn out so much work in a short amount of time is commendable. It’s an impressive feat that not everyone can do.

While manga can seem like a dime a dozen these days, why not have a look? Try to pay attention to the backgrounds, as well as the faces. Try to see how the subtle differences can mean significant changes in expression. Without a doubt, art can be an amazing thing no matter the genre.

1st and featured image from https://pixabay.com/illustrations/street-anime-effect-picture-4784424/