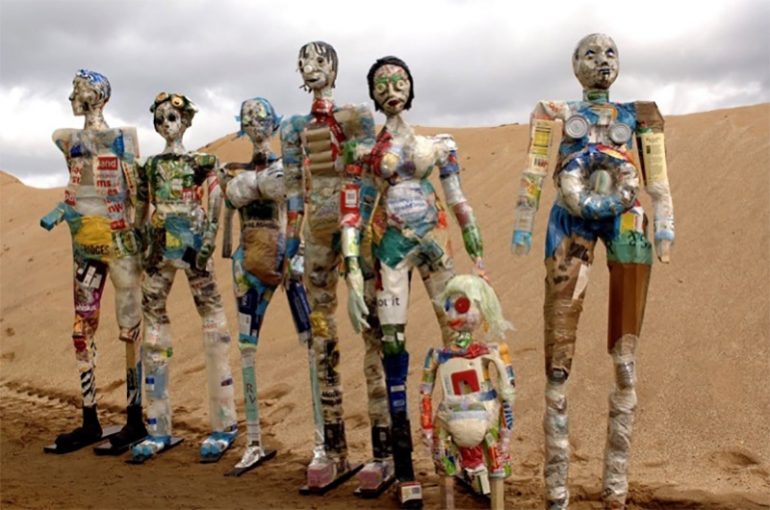 There is an increased awareness on reduce, reuse and recycle to at least lessen the trash in the world. But there are several people who take these principles to a different level. Here are some artists who specialize in making art out of garbage or scraps.

Due to the increasing number of violence related to guns in Los Angeles back in the nineties, Lon helped by asking her neighbors to give up their guns and later on convert them into images of angels. Her project was successful and later on, their area was filled with small metal angels.

Her most famous artwork, “The Renaissance Peace Angel” was moved to Ground Zero after the September 11 attack.

Michelle Reader has been creating masterpieces out of recycled materials since 1997. She often includes mechanical parts of toys and clocks to make it more unique. Most of her materials are from city dump sites, and thrift shops that are often household and industrial wastes.

Her favorite creation is the “Seven Wasted Men” which is a portrait of a family and the materials used are from their own household waste. 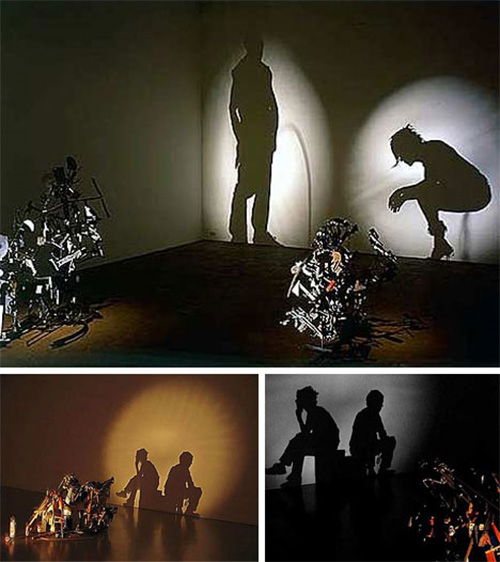 These 2 artists have a very creative way of raising awareness about garbage and he called it “Trash People”. Their creations are from computer parts, crushed cans and everything else that may seem appropriate for him.

If you will look at it with your bare eye, what you will see is a pile of garbage piled up but once it is lighted in the right angle, you will see the story behind each one of it. Their creations have travelled across the globe from New York City to the Great Wall of China.

Robbie Rowlands has the opportunity to scout buildings and houses that are about to be demolished. He uses the interior of our dwelling spaces as his art piece giving us an opportunity to see the surface that is not bound for us to see.

Unlike other artists, Rivera uses his skills as a hobby and not as a profession. Nonetheless, his creations are as marvelous as they can be. From race cars to robots, he is able to assemble them from hard drives and other computer parts.

His masterpiece is from 14 laptop hard drives, 18 pieces of other drives and other computer parts. 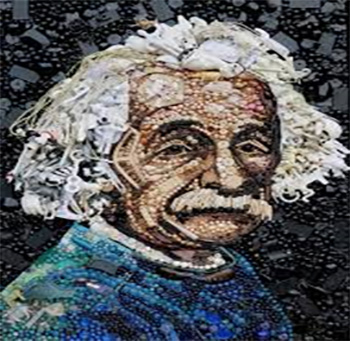 Jane started her art career when she had to be a stay at home mom. At first, she had to go look for her materials in recycle centers or junkyards but that stopped after her neighbors knew about her passion. She started receiving unwanted junk right at her doorstep.

She is well known with her celebrity portraits that are made up of any colored objects that will complement the entire image.

Finally we have Dr Evermore. Dr Evermore’s Foververtron includes elements from Thomas Edison and Apollo space missions. His creations are made of metal sculptures which include the largest one at 120 feet by 60 feet and 50 feet tall.

Art does not have to expensive at all. It simply needs a creative mind for you to start something. These artists were able to prove that there is indeed art in garbage and that art is not garbage at all.