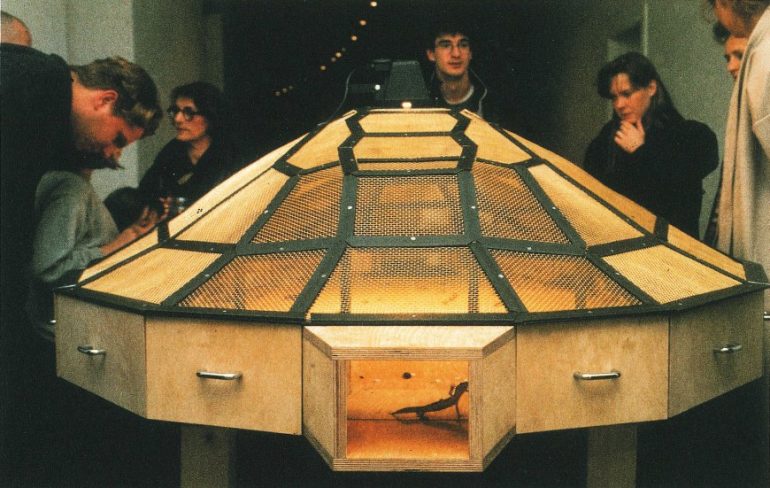 Does that surprise you? In a world where speakers are denied of platforms in universities that are free to indoctrinate young minds of harmful socialist ideologies, in a world where a woman’s lies to begin a faux art performance is called “great art”, while another woman’s painting of the plight of black people is called cultural appropriation, it shouldn’t surprise you. It’s a world where art is quickly becoming nothing more than the political tool controlled by the elite few via the politically correct masses. A truly sad world where artists are being silenced and where the laws that should be granting them free speech has little power to protect them.

But who would ever want to see Chinese works silenced? Well, for starters, all the art pieces that were pulled from the exhibit due to threats of violence have one thing in common: that all three works were using animals. The Dogs That Cannot Touch Each Other (2003) is a short video of eight dogs paired into 4 pairs facing each other. The dogs were made to attack each other, but to prevent the dogs from reaching each other, the dogs were placed on treadmills and were tied in place so they’ll just keep running towards their opponent without reaching each other. The Theater of the World (1993) is a display where hundreds of insects and reptiles are gathered together on a tabletop where they may prey on each other and will stay inside the dome for three months. Finally, A Case Study of Transference (1994) is a video of the Beijing performance that involves two pigs. Another thing about the works is that it also partly a protest and an expression of what the artists felt about the oppression they are facing inside their country, especially Theater of the World.

Who would want such works to be silenced? There are two possible answers: one group guards the sovereignty of their country through oppressive and authoritarian means, the other is a global authoritarian group that, with much folly, puts the importance of animals above that of human beings. It is only these two groups that has the capacity to actually launch violent attacks that could have scared the officials of Guggenheim museum into silence and censorship. 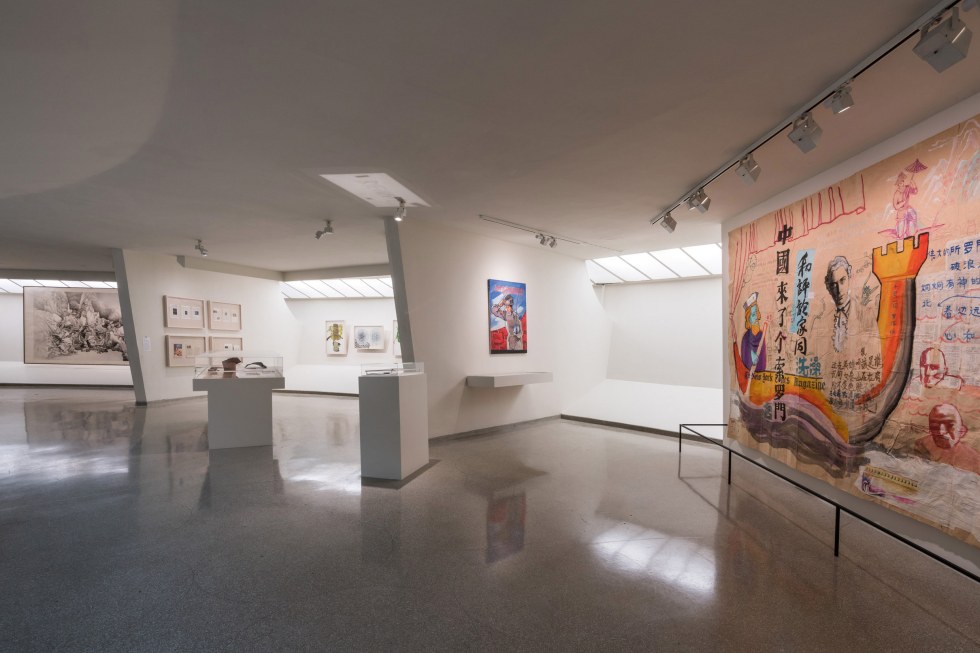 “For many artists and museum professionals, the latest moves at the Guggenheim… …amount to an artistic capitulation in the face of heightened political sensitivities that have been amplified by social media,” writes the New York Times, in their article just one day after Guggenheim has posted their notice of pulling out all three works. Another score for censorship. Some even applauded the move of the museum, using words like “abuse” while in fact that no animal have been directly negatively harmed in the exhibits: those in the Theater of the World are naturally preying on one another because reptiles do eat insects and insects naturally prey on each other sometimes.

It should have given the world the true face of Chinese art that is hidden behind a thick mask oppression. Instead it faced an even bigger oppression: that of a mask made in the West. One thick with hypocrisy and painted on to pretend that everything is fine and colorful, hiding the ugliness and darkness within, making it possible for that darkness to continue on.