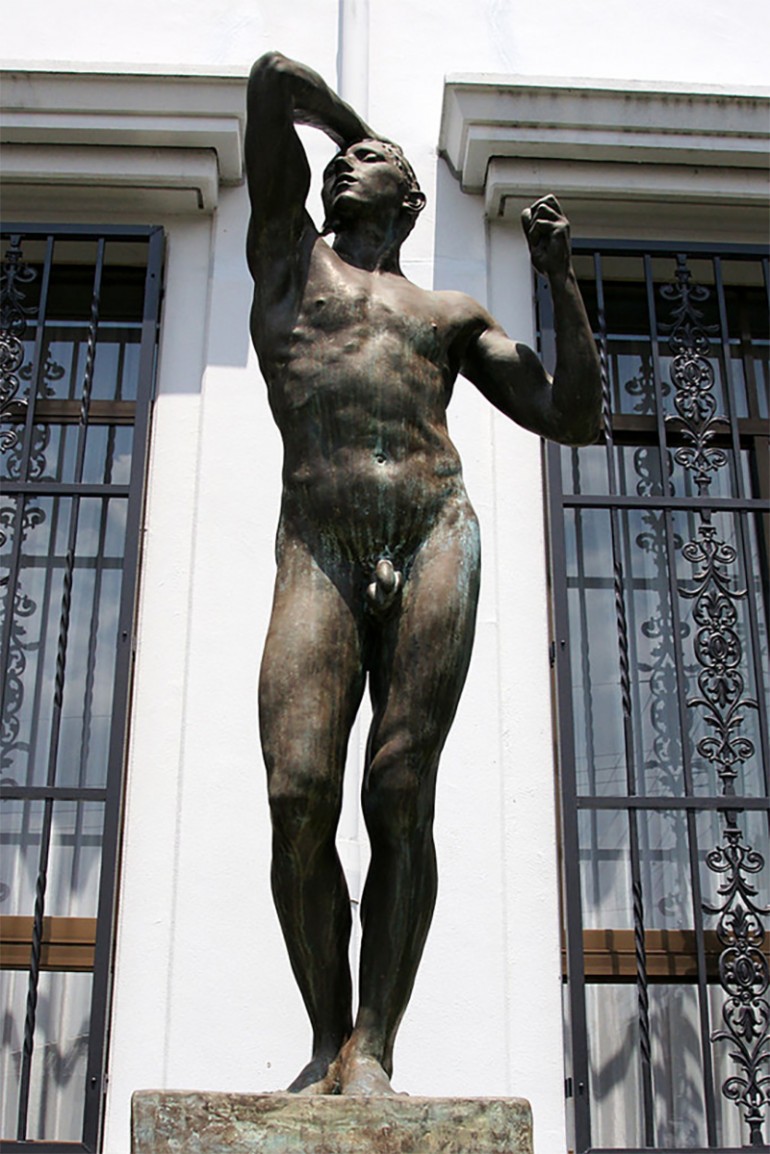 François Auguste René Rodin was born in Paris on November 12, 1840 to a working class family. His mother was a seamstress and his father was a police inspector. Many people considered him as the father of modern sculpture. Rodin had the unique ability to create a deeply pocketed, turbulent and complex surface using clay. Many of his works were heavily criticized because they were not in a mold viewers were accustomed to seeing. Moving away from allegory and mythology, Rodin created sculptural pieces that showed realism in the human body, depicting a figure’s physicality and individual character.

He learned the traditions of 18th century art in France when he entered the École Impériale Spéciale de Dessin et de Mathématiques. He supplemented his art training with informal studies from French Romantic sculptor, Antoine-Louis Barye, from whom he learned anatomical structure.

Rodin’s apprenticeship was difficult. He became a modeler of French sculptor Albert-Ernest Carrier-Belleuse in the artist’s Parisian studio from many years before following his mentor to Belgium during the Franco-Prussian War of 1870–1871. For the creation of the large stone sculptures of allegorical figures of Asia and Africa, Rodin became a partner of Antoine (Joseph) Van Rasbourgh. The work they did was commissioned by the Bourse of Brussels.

He started to get known while still in Brussels, when he started creating decorative busts and figures of young women, who wore fruits or flowers in their hair and often wore peasant dresses.

Rodin stopped by several French cities on his way to Italy in 1876, and fell in love with the medieval architecture in France, which led to the publication of a book called the “Les Cathédrales de France” in 1914. When he reached Italy, he was deeply moved by the works of Michelangelo that became a major influence in his work later on. He drew inspiration from the great master sculptor when he created his sculptural pieces in the latter part of the 1870s, such as “The Bronze Age” (The Age of Bronze), the first studies for his figure of Adam and St. John the Baptist. The full-scale clay model of “The Age of Bronze” was the first figure he exhibited that bore his name. It was first shown in 1877 in Brussels at the Cercle Artistique before it was shown at the Société des Artistes Français’ Paris Salon. There were initial criticisms when the plaster model was shown although when the bronze cast was exhibited in 1880, no controversy happened. This bronze version was bought for the Luxembourg Gardens located in Paris by the French Ministry of Fine Arts. Rodin also created “The Creation of Man” (The Adam) that was inspired directly the two masterpieces of his idol, Michelangelo 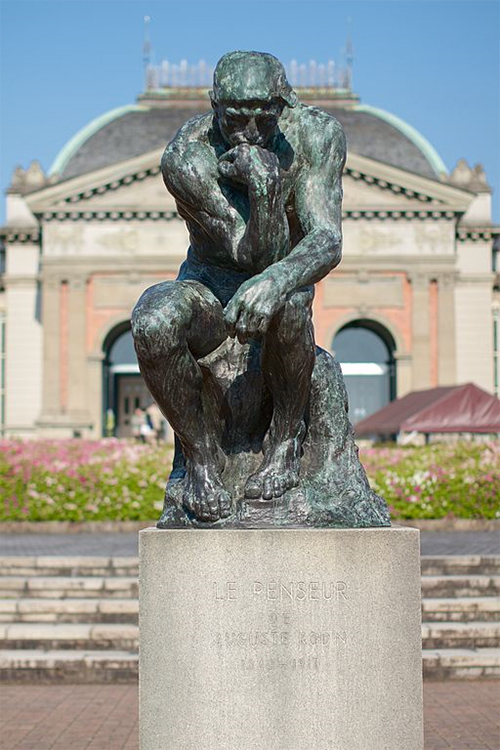 The Gates of Hell

The French government gave Rodin a commission in 1880 to create a monumental portal, which was eventually called “The Gates of Hell.” It was to be covered with sculptural relief and was to be installed at the proposed Musée des Arts Décoratifs (now the site of the Musée d’Orsay). Rodin created several ideas for the portal on paper and in clay, based loosely in the Divine Comedy. The door was supposed to be delivered in 1885 but Rodin took a long time to work on it. The massive door was 21 feet high (6.4 meters) and was in one continuous composition. Since it took a long time to work on it, the clay models for the individual sections and figures dried out and crumbled. Rodin then removed them and preserved them in plaster. By that time, he modified, recombined and isolated the figures in the round and bas relief. In time, these individual pieces where enlarged and cast in terracotta or bronze, with some done in marble. Collectors started purchasing them as separate pieces. Notable pieces such as “Orpheus and Eurydice” and “The Old Courtesan” were part of the figures for the door. The door eventually became a great source of individual sculptures created by Rodin and was never cast in bronze during his lifetime. Other individual pieces that used to form part of the entire decorative elements for the Gates of Hell, which had 186 figures were “The Prodigal Son,” “The Falling Man,” “Fugit Amor,” “Ugolino,” “The Kiss,” “The Three Shades,” and the best sculpture known among them, “The Thinker.”

For his following major commission, he was tasked to create “The Burghers of Calais” to honor the six valiant citizens who offered to be the hostages of King Edward III of England in order for him to spare the city. Individually modeling torsos, heads, feet and hands for the monument, Rodin spent a decade to finish the work, modifying, discarding, rearranging and reorienting the figures to his satisfaction. His work on this was out of the norm, for he created individual figures with poses and gestures that depicted human characteristics, rather than the usual allegorical figures.

The artist had a strong group of supporters and he continued to receive large commissions, such as monuments to President Sarmiento of Argentina, Honoré de Balzac, Victor Hugo, Claude Lorrain and Jules Bastien-Lepage.

Auguste Rodin likewise became known for his varied sculptures called “fragments,” wherein he created pieces that lack either a head, legs or arm. Famous works of his in this theme include “Messenger of the Gods,” “Iris,” “Meditation without Arms” and ‘The Walking Man.”