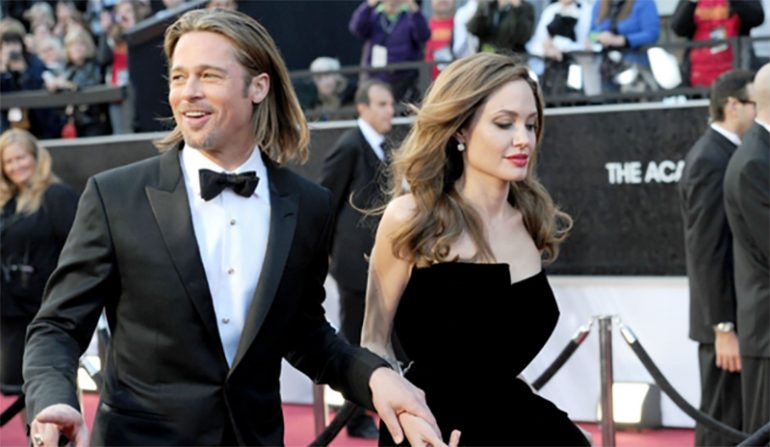 The world was stunned when it was revealed that Hollywood’s ultimate couple has finally decided to separate ways. Brad Pitt and Angelina Jolie had gone through a lot during their relationship, but they have stayed together. However, it finally came to an end last year after various allegations thrown at each other.

Since then, the former couple refused to talk about what happened and have taken a quieter road. Brad Pitt would have hugged the limelight again after the film he helped produce, Moonlight, won the Best Picture in the Oscars. However, he even missed the ceremony. Reports came out that he was finishing an important piece of art.

We have known Brad Pitt as a prolific actor and a successful producer. However, we have never seen him engaged in the arts before. Perhaps, he decided to take this path to find relief after his divorce with Angelina. Currently, all his children are under Angelina’s custody.

Brad Pitt is honing his skills in sculpting under the mentorship of British sculptor Thomas Houseago. The actor has proven just how dedicated he is in this newly found interest as he even missed The Oscars just to finish an art piece.

According to reports, he even spends 15 hours each day just to study at Houseago’s studio in LA. Even when the artist’s assistants have already left, Pitt has decided to stay. This raises more speculations that the divorce might have hit him really hard and doing sculpture is his way of taking his mind off things. 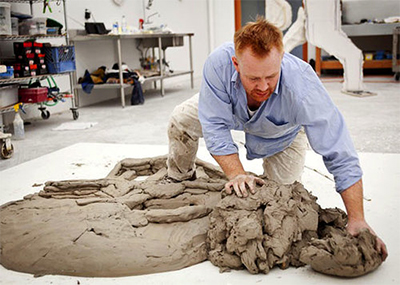 Brad Pitt was inspired by the sculptor in a conversation with Houseago himself as he discussed his personal difficulties. It took place at the Broad art museum. Since then, they became close friends and Pitt has decided to pursue a different field.

He was so passionate that he even blew off the rest of the awards season while the film he helped produce was raking tons of awards. He has only attended the Golden Globes in January.

Two years ago, he was spotted visiting a Berlin gallery featuring drawings of discarded mattresses. According to reports, when Pitt and Jolie were still together, they had an estimated $25 million worth of art pieces. Before they have parted ways, the couple bought pieces from artists Marcel Dzama, Neo Rauch, Ed Ruscha and many others.

This shows that Brad Pitt has always been interested in the arts. Perhaps, he didn’t have the time to pursue this interest. Now that he is living alone and he has more free time in his hands, he can pursue it. Add to that the fact that he really needs arts now more than ever to soothe his pains.

On the right path

It is unclear how the story between Jolie and Pitt will end. There were reports suggesting that the two have started mending things away from the prying eyes of the media. Recently, a photo of a very thin Brad Pitt surfaced and it was a huge shock considering how he has always remained in great shape. Hopefully, we can see more of Brad Pitt’s creations in the future and see his more artistic side.

Featured and 1st image from http://cdn.inquisitr.com/wp-content/uploads/2016/09/brad-pitt-angelina-jolie-divorce-after-anniversary.jpg