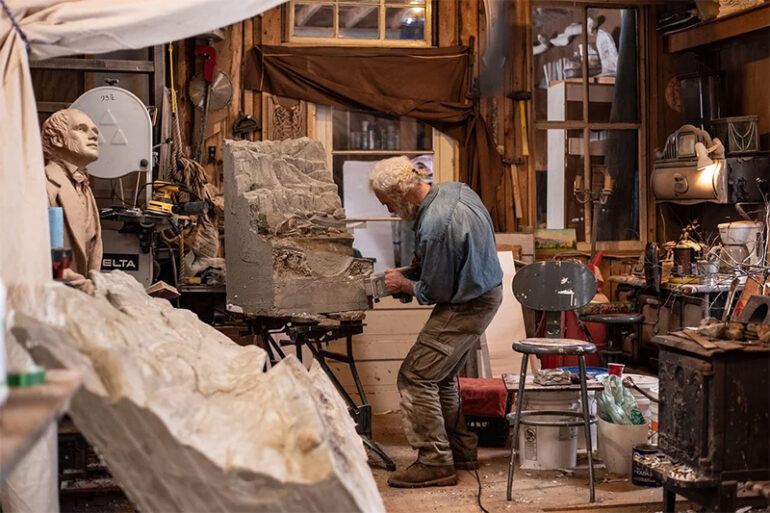 The notorious Damien Hirst discovered a process in the procedure of how art is distributed while reading an article from the London Times. According to him, when selling something for the first time, it should be the most expensive taking a cue from the recent Sotheby’s online auction that made the headlines. He followed this statement by comparing an Oxfam shop from a Prada outlet. Why would people purchase more for the latest pair of shoes from Prada, but in terms of the art industry, the huge earning is only attainable when the couple appears in Oxfam?

His words forego his sale as a solo artist at Sotheby’s last September 2008, the time when he took a detour from his galleries and sold his works directly at auction, hence earning the entire money himself instead of splitting it with the gallery that represented him. Moreover, he was saddened by the fact that Van Gogh never got to experience the people’s recognition or at least enjoy the money his masterpiece would possibly earn in the future. This is where the conversation about droit de suite gets in the picture, which means “the right to follow” in French or simply recognized as the artist resale rights. The idea behind this is that in every sale made from an artwork, there is a percentage that is entitled to the artist. Whether they are alive or dead – the heirs will receive the money – they should be given royalties for up to 70 years later; everything depends on the laws that govern a specific country. The buyer of the artwork that was resold will pay for these.

More Rights and Control Over The Art

It offers artists additional rights and establishes more control over their art. This way, they are not fully detached from their masterpiece even if it has been sold for the very first time. Other than this, the artists will also be inspired to create more quality art, which can improve future value. It goes back to the artist, who was the one who initially made the artwork and earned the right to earn from the value of the art as it becomes more prevalent in different parts of the world. This right was applied among musicians and composers. Hence it only makes sense that visual artists should also benefit from royalties earned from reselling.

There are several problems why a lot of countries refuse to honor this right. It’s clear that it should take into effect for the benefit of the artists. First, there’s the possibility of undermining market competitiveness, the auction houses and dealers are having second thoughts on embracing the royalty since it will lower the potential prices earned at the auction, lower competition in the field of the art industry, and the primary sales from the artworks will go down, as well. These are the downsides, and it makes a lot of sense.

But maybe, in the near future, small-scale businesses will emerge and operate solely to monitor resales that could contribute to the royalties.

1st and featured image from https://pixabay.com/photos/studio-art-sculpture-workshop-4622221/