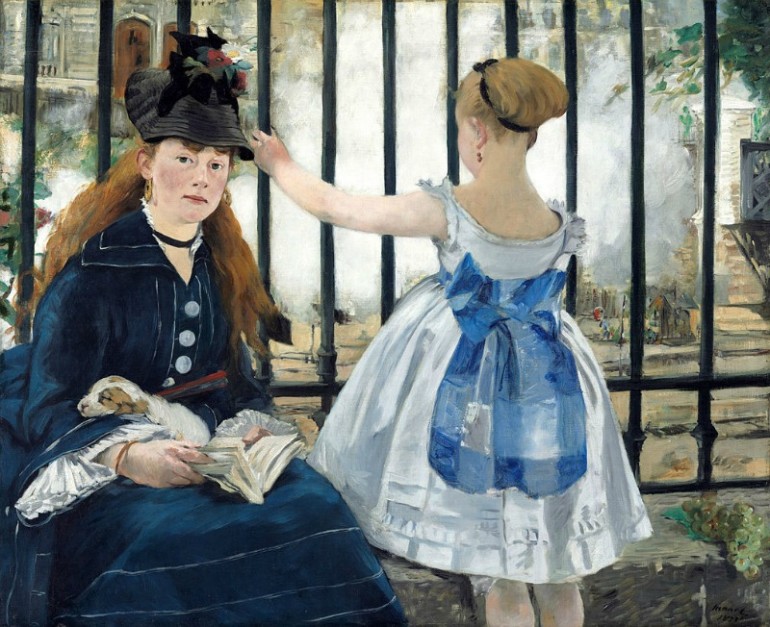 French painter Édouard Manet, born on January 23, 1832 into an upper-class household, was one of the first artists of the 19th century who became pivotal in the art movement’s conversion from Realism to Impressionism. His early works, particularly The Luncheon on the Grass became the principle for the young painters that were to create Impressionism.

Manet’s father, who was a French judge, expected him to likewise pursue a law career but he was more interested in art, which was encouraged by his maternal uncle, Edmond Fournier. He was the one who took young Manet to see the Louvre. While at the Collège Rollin, he took a special course in drawing and became close friends with Antonin Proust, who later became the Minister of Fine Arts.

When he was 16 years old, he followed his father’s suggestion and boarded a training vessel to Rio de Janeiro but he twice failed his naval examination thus his father allowed him to pursue art. He became a student of Thomas Couture, an academic painter, from 1850 to 1856 and copied the works of the old masters in his spare time.

He also traveled around Europe during that time, visiting the Netherlands, Italy and Germany and was influenced by Spanish painters Francisco José de Goya and Diego Velázquez and well as Frans Hals, a Golden Age portrait painter from Southern Netherlands.

Manet opened his studio in 1856. During this period his painting style had brushstrokes that were loose, with elements that were simplified and transitional tones suppressed. However, he also adopted the style of realism that was started by Gustave Courbet when he made The Absinthe Drinker around 1858. He also did several paintings with contemporary subjects ranging from bullfights to people in cafés, Gypsies, and singers, to beggars. He only painted religious subjects though rarely, early in his career. He did submit some paintings to the influential Salon. In 1861 he submitted two. One was a portrait of his parents, which was not very well received by critics. The other one, titled The Spanish Singer, impressed art critic Theophile Gautier, and the painting was placed in a more prominent position because it became popular with those who visited the Salon. The painting style was so new to other artists, which totally intrigued them.

Maybe due to his wealthy background, leisure was a subject the fully interested Manet throughout his life. One example of this interest was the painting, Music in the Tuileries, which was inspired by Velázquez and Hals. Some regarded the painting as unfinished, although the painting evoked the right atmosphere of the Tuileries gardens at that time. Manet showed musicians, authors, artists, his friends as well as himself in that painting.

Manet’s style of painting had many influences. His composition for The Luncheon on the Grass showed influences from the old masters which he closely studied when he was young. It also showed the influence of the engraving of the Judgment of Paris, done by Marcantonio Raimondi in the main figures’ disposition. This style was also present in two other major works of Manet’s – The Tempest and Pastoral Concert. These three paintings showed a naked female among fully-clothed men. He also showed influences of Renaissance artists in his other paintings, such as Olympia, which was based on the Venus of Urbino by Titian and The Nude Maja of Francisco Goya. The painting was accepted by the Salon but most people thought it was scandalous, since the subject, Olympia was depicted as a prostitute who was so self-assured, staring directly and confrontationally at the viewers. Prostitution, although existent, was something that the Parisian society at that time, abhorred discussing.

Manet’s version of the modern Venus was less voluptuous, with the subject portrayed as a thin woman, and with the flat rendition, which was influenced by the wood block art from Japan, made the subject look more human. Photographic lighting was employed and the painting style was rough, but it was considered early modern with the use of black outlines tracing the figures, drawing attention to the quality of the paint and the surface of the picture plane. This use of black lines distinguished Manet’s style from that of the Impressionists’.

While the media toyed with “Olympia,” many artists, including Paul Gauguin, Claude Monet, Paul Cézanne and Gustave Courbet appreciated it. Through Berthe Morisot, he became friends with the young Impressionist painters such as Camille Pissarro, Alfred Sisley, Pierre-Auguste Renoir, Paul Cézanne, Claude Monet and Edgar Degas. Berthe Morisot, a colleague and friend of Manet’s, was the one who introduced the artist to plein air painting. She later married Manet’s brother, Eugene.

Manet was a keen observer of social life, as seen in his many paintings of café scenes. Some of his works involving café sceneries include At the Café (1878), Corner of a Cafe Concert, The Beer Drinkers, The Cafe Concert, The Waitress, Chez le père Lathuille and Le Bon Bock. He depicted urban Parisian life through all societal classes, and did several paintings during the war as well, such as The Execution of Emperor Maximilian, one of his largest paintings.

One of his most famous street scenes was The Railway, which he painted in 1872. It was a symbol of modernity, according to art historian Isabelle Dervaux, which very few recognized at that time.

Édouard Manet’s last major work was A Bar at the Folies-Bergère.