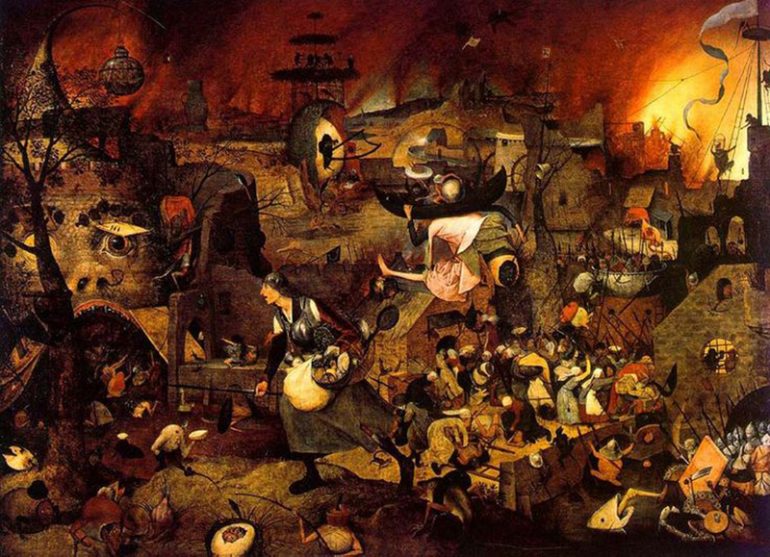 Some people think art is always a thing of beauty. That art always has to be something that inspires perfection. In truth that’s not always the case.

People are inspired by different things. And inspiration can come from everywhere. It could be from something so simple to something beautiful, to something grotesque and ugly. Inspiration can cause one to feel a lot of emotions from awe and wonder and happiness, to shame and regret and sadness. And since artists draws their works from their inspirations it follows that art, as they reflect the artists inspirations, to be the same. It too can reflect a wide range of emotions and can be (almost) anything. Whether its food that pleases the eyes and palate, music that inspires others, stories that lets us explore our imaginations, and poems that provoke the thoughts of a nation.

By that logic, art could also be a thing that makes one feel fear, shame, regret, sadness and anger. It could be ugly and not pleasing to the eyes. It could be a reflection of man’s inner fear of the unknown, such as things like death, and what might come after it. It could offend, which is why freedom of speech and expression is important to art. But even if its a negative, art is still art.

Let’s take for example the right panel of a triptych by famous Renaissance master, Hieronymus Bosch’s “The Garden of Earthly Delights.” Borsch is known for art that depicts religious concepts and narratives that includes the concepts of sin, death and punishment. The Garden of Earthly Delights is one such work. It is widely interpreted, reading it from left to the center to the right panels, as a work detailing the beginning where God created Even and presented to him, a panorama of man’s society, and finally their downfall and punishment. The right panel is of much interest as it is unusual in art, though not rare, a depiction of a hellscape filled with suffering and death that’s interpreted as hell and the punishment of mankind. Borsch has two other triptych, all following a similar narrative. 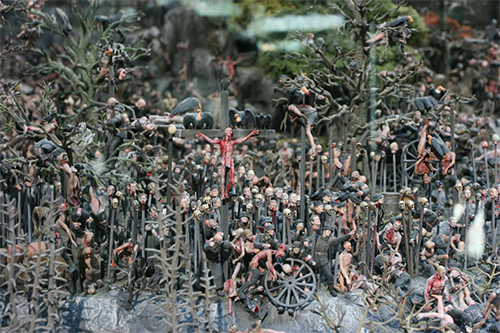 Another example of such art are those called danse macabre art. Literally means “the dance of death”, these are works of art that has death as their inspiration. Most of these are usually depicted with bones and skeletons. The notion that death is universal and does not discriminate between class and race is the main theme of this genre. A few works of this genre include The Dance of Death by Michael Wolgemut, The Triumph of Death by Pieter Brueghel the Elder, and woodcuts by Hans Holbein the Younger.

Of course literature and film aren’t strangers to horror and macabre themes. We’ve got such a colorful array of beloved horror characters and other nightmarish creatures that, even today, has their own cult of followers. We’ve got ghosts, zombies, skeletons and vampires that belongs to a group of dark creatures known as the undead. Among such works are those stories about the greatest vampire in literature, Count Dracula. These stories range from an sad drama to horror stories that induce nightmares. Another example in literature involves what are known as Eldritch Abominations. They’re fantastical monsters of cosmic and unknown origins. Howard Phillips Lovecraft is the first person people think about when they hear the term because his influential works inspired a generation of horror writers. The Call of Cthulhu and The Shadow over Innsmouth are two of his most celebrated works that are part of his Cthulhu Mythos. The themes in his stories range from religion and forbidden knowledge to superstition and fate. His works inspired thousands and the monsters in his stories are so famous that they have been used in other genres and media as well.

The abyss of negative emotions can be a source of inspiration for artistic works. Whether its stories that tells tales of monsters that strikes fear and insanity to whomever sees it, to paintings and carvings symbolizing the end of human life. Maybe its because humans can be masochistic and curious at the same time that they can enjoy such horrors, even if they might fail to fall asleep at night.

Featured and 1st image from https://za.pinterest.com/explore/hieronymus-bosch-artwork/