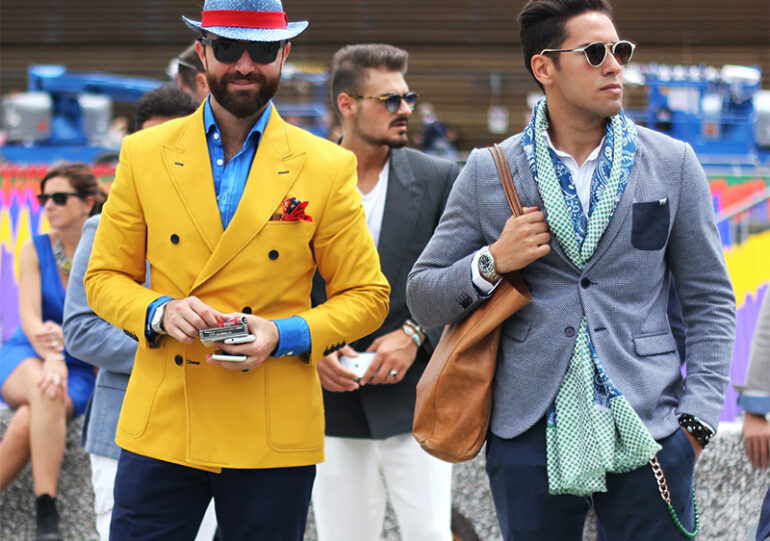 We were so used to seeing men in just jeans and t-shirt that when their fashion sense improved and evolved throughout the years, we embraced them wholeheartedly. The past decades saw an evolution in men’s fashion: clothing items are more colorful, tailored, eclectic, and polished. Just like women’s fashion, it has developed pieces suitable for every occasion. In the past, only the affluent and wealthy could dress up to the nines, with other classes being content with casual and functional clothing even on special occasions. But today, anyone can express himself through the clothes he wears, regardless of their income class.

Unlike women’s clothing that is more stylish than functional, men’s clothing focused more on functionality over style and appearance. But not anymore. You can see men sporting fashion items that seem to have no function except to ramp up their outfits. When you watch men’s fashion show, some pieces of clothing have no purpose whatsoever; some even look absurd and out of this world, but men have fully embraced the evolution in their fashion sense.

Hip-hop fashion was popular in the early 2000s

The early 2000s saw men wearing loose clothing to the point where their pants were down their knees. The most popular genre in this decade was hip-hop, so men copied their favorite artists’ sense of fashion. Jay-Z and other artists sported super loose clothing, caps, and low-rise pants. They even had their own clothing lines that their fans wore. The early 2000s were more casual, street-wear vibe.

In the 2010s, preppy and sporty fashion was all the rage. We could see the standing collars of Lacoste shirts on men, with different bright colors lending a youthful look to those that wear them. Cardigans, paired with khakis, were also big back then. Tracksuits were also a thing early on in the decade. They were dubbed as athleisure wear – they were not only for working out but also for going out.

Tailored suits started sprouting later on. They were no longer just for formal and red carpet events. Men who are more fashion-forward wear them to work and any other occasion that they go to. It did not have to be a formal event for them to don their suits tailored to their body measurements. These bespoke suits are far better than off-the-rack ones because they are made according to the wearer’s body type and size, so they look polished and perfectly-fitting. Gone are the days of loose suits and pants that scrunch up at the hem because they are just too long.

Fashion – both men’s and women’s – are retroactive. What we saw in the past decades make comebacks with some modifications, so we can expect to see past fashion trends to make a splashing comeback in the future. One sound piece of advice for men who want to make pieces of clothing last through trends: invest in classic pieces because they never go out of style, no matter the trend.