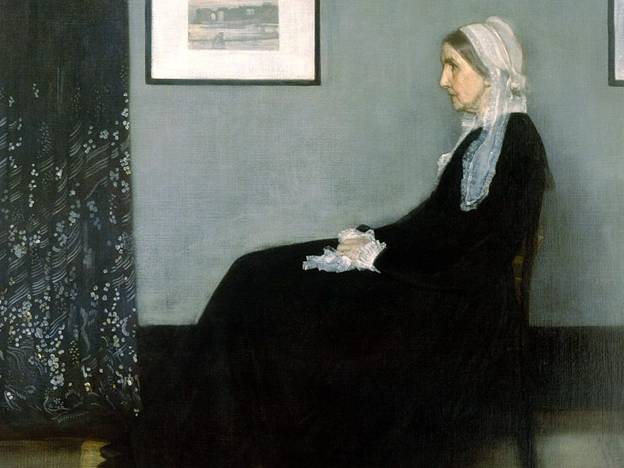 American painter James Abbott McNeill Whistler was born in Lowell, Massachusetts on July 11, 1834 but he opted to be based in Britain. He was quite an eccentric, not prone to moral references and sentimentality and his personal belief was to create art for art’s sake alone.

He was a combative person yet his paintings showed great delicacy, which definitely fitted the signature he attached to his paintings which showed a stylized rendition of a butterfly whose long tail was a stinger. Most of his paintings showed a parallel with music, evidenced by the titles of his paintings that included words such as nocturnes, harmonies and arrangements that emphasized tonal harmony as their prime aspect. This parallelism was clearly shown in his most famous work, “Arrangement in Grey and Black No. 1” that was more popularly known as “Whistler’s Mother.” Despite his acerbic tongue, he did influence the art world with his theories on art. He was also popular because of his friendships with top writers and artists during his time.

Stay in Russia and England

Whistler’s father was an engineer and in 1842 he was employed to work on railroad construction in Russia. A year later Whistler moved to St. Petersburg to be with his father. For a time he had private art lessons but at age 11 he entered the Imperial Academy of Fine Arts.

At age 13 his family went to London and stayed with relatives for one year while his father was still in Russia. Francis Haden, Whistler’s brother-in-law was a physician and likewise an artist and he inspired Whistler’s interest in photography and art. At age 15 he decided that he would like to pursue a career in art. 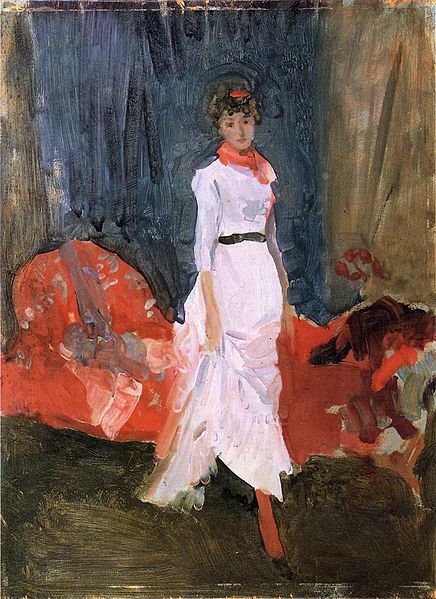 Out of West Point, Whistler lived with Tom Winans, a wealthy friend who built a studio for him and gave him some allowance. He sold some of his early works to Winans and continued to gain valuable acquaintances in the art world. He later went to Paris to study, using the money he earned from the sale of his paintings. He enrolled at the EcoleImpériale for a time and apprenticed at the studio of Marc-Charles-Gabriel Gleyre, who was a follower of Ingres. His fascination with Ingres rubbed off on Whistler and he used two of his principles throughout his career: black is a primal color of tonal harmony and more important than color is line, the exact opposite of what the Impressionist emphasized 20 years later.

Whistler was a spendthrift and was often in debt. He scratched a living in Paris by painting copies of the works of the masters that he did at the Louvre. His conditions improved in 1858 and he was able to travel around Rhineland and France with Ernest Delannoy, another artist. He created a batch of etchings called “The French Set,” painted his first self-portrait and became fast friends with Henri Fantin-Latour, a French lithographer and artist known for his group portraits and paintings of flowers. The man introduced him to fellow French artists such as Gustave Courbet, Édouard Manet and Alphonse Legros. Through Fantin-Latour Whistler also met Carolus-Duran, who became the teacher of his fellow American artist, John Singer Sargent.

Inspired by the realism of his new circle of friends, Whistler painted “La Mere Gerard” (1858), which was his first work to be exhibited. The following year he painted “At the Piano.” The next painting he did using the same room as the backdrop was “Harmony in Green and Rose: The Music Room.” This painting, which was formerly called “The Morning Call” showed his innovation, creating a genre scene that showed foreshortening and unusual composition.

In 1860 he produced a new set of etchings as counterpoint to the French set and called it “Thames Set.” He also did some painting in the Impressionist style, such as “The Thames in Ice.” At this point his paintings showed the beginnings of his technique of creating tonal harmony using a very limited palette.

In some of his paintings he used his business manager and mistress as his model. One that stood out was “Symphony in White, No. 1: The White Girl.” It was well received and was even exhibited in Paris at the Salon des Refusés. It was upstaged by Manet’s painting, “Le déjeuner sur l’herbe,” though. His relationship with his mistress deteriorated when the latter modeled in the nude for Gustave Courbet, another of Whistler’s many friends.

Whistler also experimented with other art styles, and like most of his contemporaries, was also fascinated with Oriental art particularly the ukiyo-e prints of Utagawa Hiroshige.

Whistler produced many paintings and experimented with different styles that confounded his friends. While his works were received by many, there were also several that received severe criticisms. His career had many ups and downs and he almost always suffered financial problems. What buoyed him up were his wealthy friends and his friendships with so many French artists.