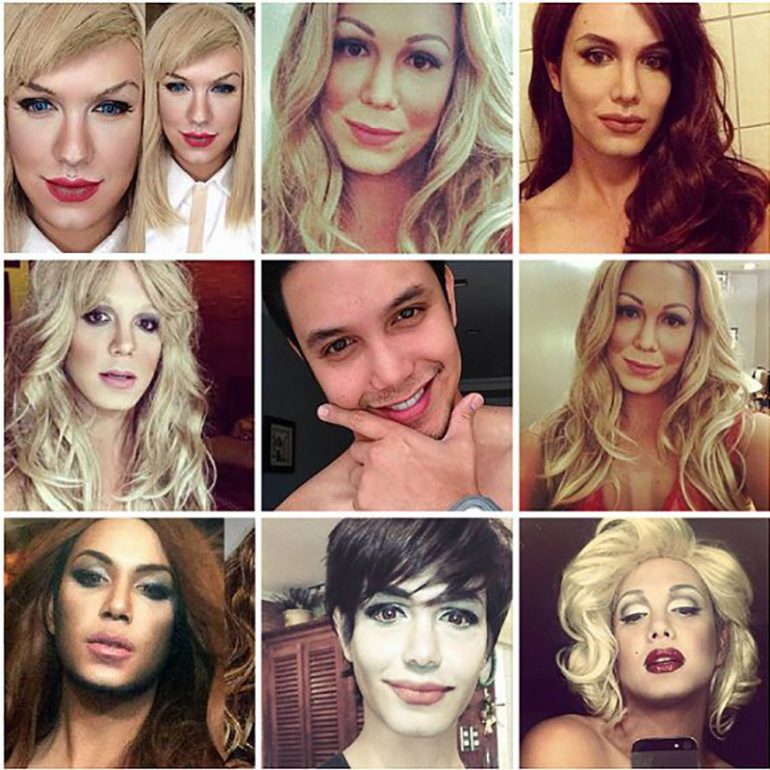 Paolo Ballesteros is the prominent co-host of the top rating noontime show Eat Bulaga!, he has obtained international fame for his well done and amazing make-up skills. With the help of make-up, wigs, contact lenses, and his passion for contouring, Paolo is able to transform into famous actresses (here and abroad), pop stars, and more, sharing his masterpieces over at his Instagram account.

He is quick to reply on current events and makes witty posts thru his makeovers, even posting a pretty Kim Kardashian selfie! Paolo entertains his Instagram followers with a few of the most well-done and complex celebrity inspired make-up transformations. Here are just a few of them.

He even morphed into Caitlyn Jenner. His metamorphoses have gained him almost a million in followers and comments even demanding his appearance on the popular The Ellen DeGeneres Show. Although he has yet to debut on the international scene, he has been featured in international magazines with a decent group of international media trying to get him an appointment for an interview or write up.

The art of make-up transformations is not new. There are a lot of other artists and models who show their transformations in social media,, including YouTube, Instagram and Facebook. These transformations usually show step-by-step the methods for contouring, brushing, highlights, and other techniques. In the case of Ballesteros, it also helps that he has a facial structure which lends itself well with make-up. 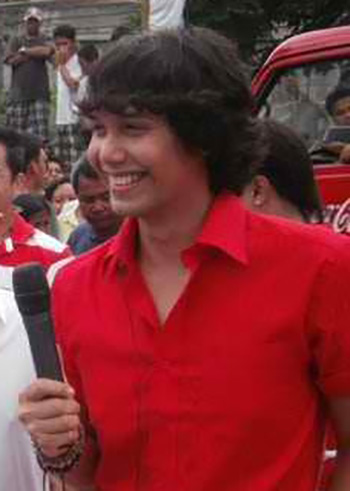 Actor and host Paolo Ballesteros is very popular online, not just for his hosting and funny antics on Eat Bulaga, but also for the shocking make-up transformations he has been able to pull over the past years on his Instagram account. He started in the limelight as a young actor and heartthrob and has already appeared in several shows on TV.

One of his recent accomplishments as an actor was being awarded the Best Actor at the recently concluded ‘Tokyo Film Festival 2016’ and the 2016 Metro Manila Film Festival for playing the role of a gay in the film ‘Die Beautiful.’

He would often be seen portraying gay roles, which made a lot of people raise eyebrows and question his sexuality. For Paolo Ballesteros, he is who he is, with no explanation needed. From an old interview he even spoke with a reporter where he was asked about his sexual preference. The actor replied that he is not hiding anything and he is not gay.

Paolo Ballesteros was hospitalized for suffering a mild stroke last September 2016, but that is not preventing him from having more fun with his amazing make-up transformations where he transforms from the likes of Maleficent to Miley Cyrus. He even transforms to local artists and colleagues from the Philippine show business.

He was also interviewed by a local magazine last year where he said when quizzed about his favorite impersonations; he would point to Mariah Carey and Angelina Jolie. He said he likes Angelina Jolie because she is very easy to impersonate, all she have to do is put on big lips and she will look like her already.

However, one of his all time favorites is Mariah Carey. He said, Angelina Jolie is pretty, but with Mariah, he can likewise perform because she is a singer. He takes pride and enjoy when both impersonating and as well as acting out the celebs talent.

With the help of make-up, contouring, costumes, wigs and contact lenses, he morphs into someone else. Here are some of his outstanding impersonations and make-up transformations: