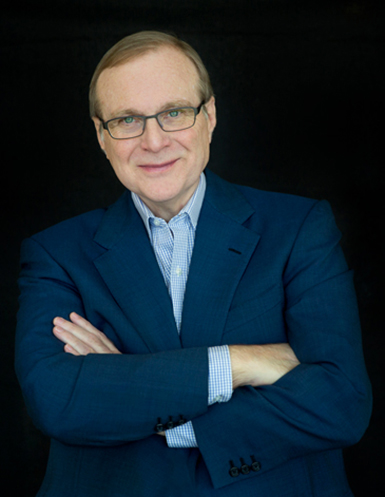 One of the pillars of today’s tech industry, Paul Allen, has passed away. According to artnews.com, his family released a statement saying that he was hit with “complications from non-Hodgkin’s lymphoma.”

Paul Allen, though he’s more well-known to the tech industry than in arts, is actually a well-known art collector and has been reputed to be so careful about the security of his collection that he made his employees swear secrecy about his collection.

Allen claimed in a video that his passion for art started over 30 years ago during a visit to the Tate Gallery in London and though he WAs already exposed to art as a kid, he was impressed by the gallery’s collection of works by Turner and Lichtenstein. Sometime later he shifted his philanthropy from supporting science to supporting the arts. He held an exhibition in 2015 as part of the efforts to conserve art: “Seeing Nature: Landscape Masterworks From The Paul G. Allen Family Collection”, which is composed of many paintings from his collection.

“As time goes by, you start to understand the history of the progression of art and how art evolved, and your tastes and your eye develop over that period of time”, he said in the video.

While he did have an almost “dragonic” attitude when it comes to guarding his art collection, he began to loosen up: in March this year, he sold a painting by Willem de Kooning for $30 million. His art collection is composed of works by the Old Masters as well as some contemporary and modern works.

As a billionaire and one of the key figures in the tech industry, Paul Allen was one of the richest people on Earth. Co-founded by him in 1975, Microsoft, as of October 2018, is estimated to worth at $750.6 billion according to Forbes. Allen reached his billionaire status in the 1990’s, but two years before that he has set up the Paul G. Allen Family Foundation to help with his philanthropic efforts in climate and energy, biodiversity, science and health, and community, which includes his efforts to conserve arts and culture, as well as expose younger minds to the same exposure he had to art and music.

In his hometown, for example, his foundation would contribute to the Seattle Art Fair annually. Just this year Seattle Art Fair was able to set up an acquisition fund of $25000 for the city’s Frye Art Museum. The Oregon Shakespeare Festival, too, takes grants from the Paul G. Allen Family Foundation, which currently totals to $11 million.

Then there’s the Hip Hop Residency, which is a partnership between Arts Corps, Seattle’s Museum of Pop Culture, and Macklemore & Ryan Lewis. It is a program that focuses on hip-hop songwriting, production and performance techniques. Here, teens who want to explore their potential as hip-hop stars may study.

Two years before the Paul G. Allen Family Foundation, he founded Vulcan, an investment firm, with his sister Judy. And through it, he commissioned art from local artists in Seattle and paid for their installation in public. The firm is also responsible for the Flying Heritage & Combat Armor Museum and the city’s Museum of Pop Culture.

In the 2015 interview, he said: “If I can just give people a little bit of that same experience and open their eyes to the different possibilities of painting and sculpture-these other forms of art, that will be a fantastic outcome so I’m excited to keep doing this in the future.”

Paul Allen was first diagnosed with Hodgkin’s lymphoma in September of 1982. In 1983 he stepped down from his post in Microsoft. He, however, kept his chairmanship of Vulcan until his death.

2nd Image: A picture from the Oregon Shakespear Festival, via their website