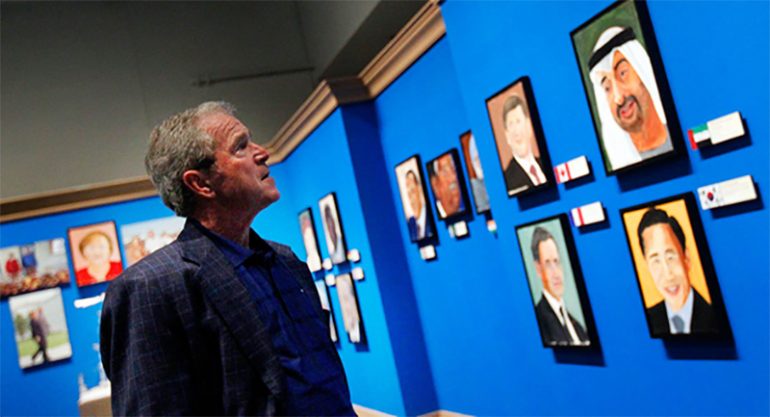 There are a lot of world leaders who have shaped history, both in good and bad ways. Some of them have tried to expand their niche beyond politics. They have also tried expressing themselves through the arts. Let us take a closer look at some of these important political and historical figures and the inspirations behind their works. (Note: This is not in any way endorsing the people on this list and what they have done in the realm of politics and governance.)

He has recently published a book containing his paintings of brave men and women who have fought for the United States. Although the book was a bestseller, his painting skills were questioned at first. He tried his hands in the arts after leaving the Oval office. Two of his self-portraits went viral after his email was hacked. His reputation as an artist was immediately tainted, way beyond his image as a president who led America to a failed war. His initial venture into painting was somewhat questioned, but he managed to come back by releasing better portraits over time.

If only he became an artist, the world would not have seen the worst part of mankind’s history. According to historians, Hitler was rejected twice by the Academy of Fine Arts in Vienna. Based on his illustrated postcards, he depicted beautiful outdoor scenes, architecture and still life in Vienna. You can never imagine that there was a monster hiding behind those lovely works of art. Nevertheless, the world would have taken a different shape if only he pursued his love for the arts.

Although this former US president has created over 250 works of art in his lifetime, he didn’t seem to love the arts. It was in his time as a president of Columbia University that he started showing interest in painting. He observed Thomas E. Stephens and his portraits and was inspired. Stephens sent him a painting kit, but didn’t take the hobby seriously. He was also said to have been inspired by Winston Churchill who has also tried his hands in painting. In an interview, Eisenhower said that if he were not president of the United States, no one would have cared about his artwork. 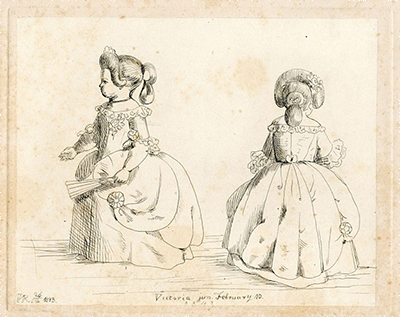 Without a doubt, Queen Victoria was one of the most notable queens in British history. It was her love for the arts that actually made her even more remarkable. It was said that she loved taking portraits of her family and friends. She just did not want the public to see them. However, a journalist leaked these portraits in the 1840’s and she has decided to take him to court. It was one of the earliest examples of a public figure who has gone after the media. In 2012, the drawings were auctioned and it gave the public the chance to see her wonderful creations. Some of her paintings involve her daughter bathing and other amazing creations, giving the world a glimpse of her sheer talent. She definitely had nothing to be ashamed of.

There are some people who simply exceled in several areas, and these figures have proven that.