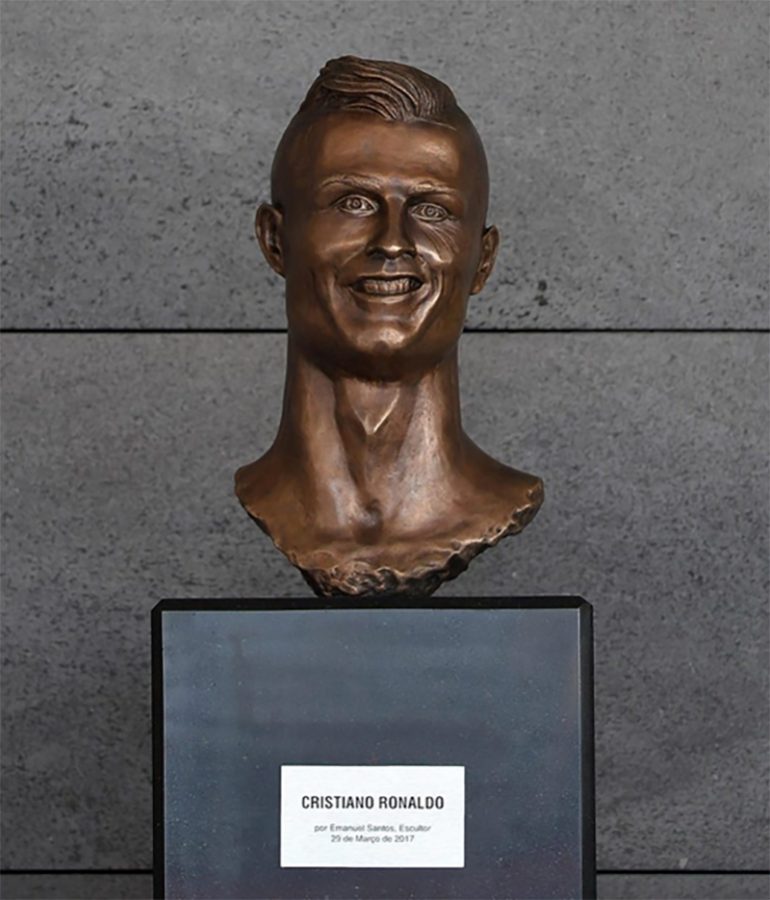 There is no doubt that Cristiano Ronaldo is one of the world’s top soccer players. Not only does he do well on the field, he also has undeniably charming looks. This is why he has also raked a lot of money as a model. From underwear ads to video games, Ronaldo has dominated commercials around the world. He does not just have loyal following in his home country, Portugal, but even in countries like China and Japan.

It only means that people are extremely familiar of his looks. People can easily identify him. Some of the most loyal fans can even identify his facial expressions whether he is happy or angry.

Ronaldo is such a huge success that the airport in his native Madeira Islands was renamed after him. To celebrate this event, an artist was commission to create a bust of his head using bronze. It should have been a momentous event, but it did not turn out well.

Instead of showcasing the handsome image of Ronaldo, it was a figure that seemingly resembles a monster. The head was square, face deformed and smile that seem like a creepy villain. The eyes were also shrinking. It was as if Ronaldo has undergone a really terrible plastic surgery.

Social media was on fire

It was only a matter of time before social media lit up, mocking this botched “work of art”. Some have compared with its former Sunderland strike Niall Quinn. Others tried editing the photo and make memes out of it. There was even one that depicted the image as a monster hiding under the sewers.

Despite the fact that art is subjective, it seems like there was a unified response to this work of art. No one has come to defend the work so far. It was even mocked some more through Saturday Night Live’s skit where Kate MicKinnon played the role of the artist trying to defend the work of art. It was funny in a sense that it mocked the creation even more. 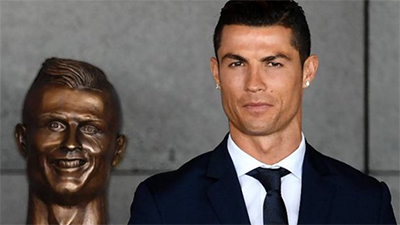 Emmanuel Santos is the person behind this creation. He simply defended himself and said that even Jesus was not able to please everyone. In fact, he was dissatisfied himself. He said that there were mistakes on the lines of the face. He even tried passing the blame to someone else. He said that he left it to the specialist to take care of the bronzing. He also said that it was not an easy process. He started by molding the sculpture in clay. Then, it went to the plaster where it gets bronzed.

None of his explanations seem to make sense. We have seen a lot of controversial artists with unique points of view. Despite the controversy surrounding their creations, they were able to defend themselves. For an artist to not even have a clear statement on what happened, it only means it was a huge failure. It was too bad as it was meant to honor a successful athlete.