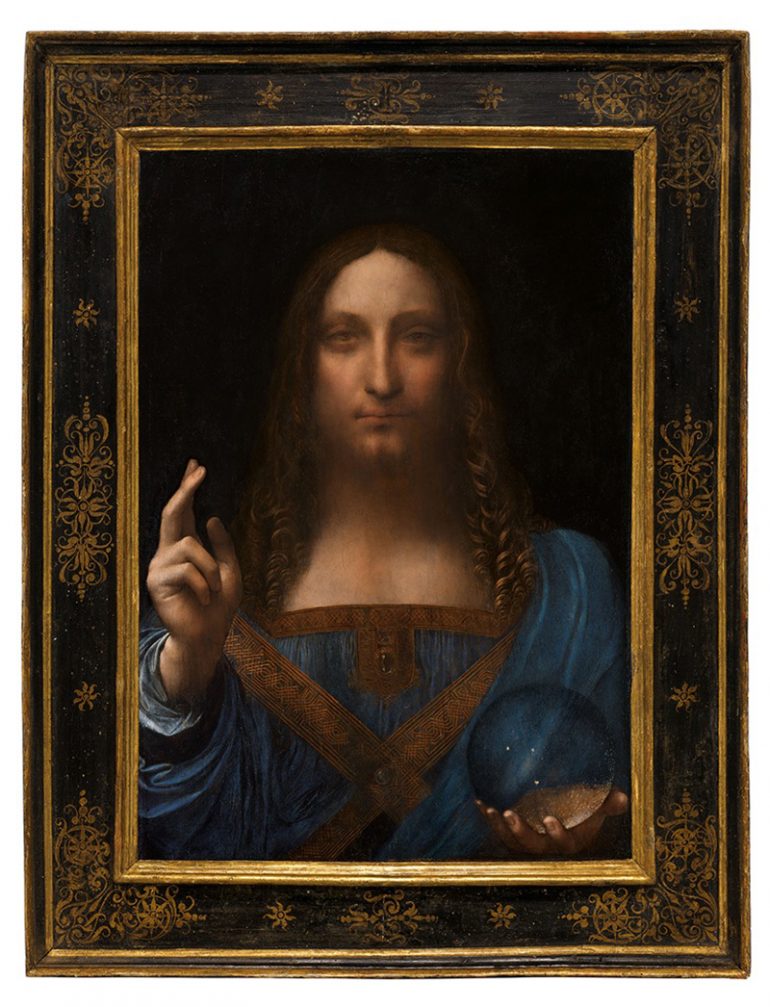 Salvator Mundi is the Latin phrase that refers to the image of Christ faceing the viewer while holding up his right hand while holding up an orb in his left hand known as the Globus Cruciger. It is a very popular subject in iconography and there are several existing painting that has the same name, all of them depicting Jesus Christ in the same pose. There are differences of course, such as Jesus having a halo behind his head and the orb’s ornaments. Most of the orbs are glass and some of them have a cross on top of the orbs, some of them don’t.

However, like every painting, some stands out among the others. In the case of the Salvator Mundi paintings, the one that stands out the most is none other than that of Leonardo Da Vinci.

To be honest, no one really knows if the Salvator Mundi that’s being attributed to him really was his. Seventy-five percent of all his works are still missing, probably destroyed by calamity, war, or time. Those who found and restored this version of the Salvator Mundi agrees, though, that the painting is that of Da Vinci. King Louis XII commissioned it in 1506 and Leonardo delivered the painting by 1513.

According to an article, the painting was once part of King Charles I’s collection. He lived from 1600 until his execution in 1649. It went missing in 1763 and for 137 years people have forgotten all about it. In 1900 Francis Cook, 1st Viscount of Monserrate, bought it from Sir Charles Robinson and ended up in the Cook Collection, in Doughty House, Richmond, Surrey. At the time the painting has already been altered immensely and people thought that it was Da Vinci’s follower, Bernardino Luini, who painted it. 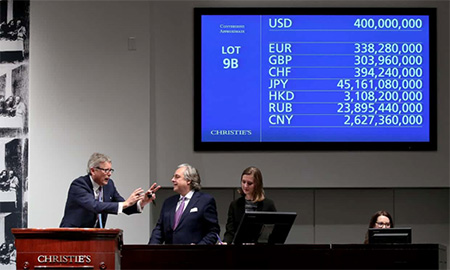 There it stayed for 58 years until they auctioned it for £45 and it disappeared once more until 2005 when a group of dealers that include Robert Simon bought the piece from an auction for $10,000.

In 2007 Dianne Dwyer Modestini, who is a friend of Robert, took up the job of trying to restore the masterpiece, and recognized that the painting was that of Da Vinci’s after removing the first layer of overpaint. She has documented its state of preservation as well as her conservation process.

From then on the work exchanged hands and the price grew larger. Yves Bouvier, who was a Paris dealer, bought it in 2013 and then he sold it to a Russian billionaire, Dmitry Rybolovev, for $127,000,000. Then he consigned it to Christie’s New York for the 2017 auction. They auctioned the painting once more and it sold for $450,000,000 after three phone bidders and three others fought over it, breaking the world record and becoming the most expensive piece of art ever sold. Christie’s has yet to reveal the buyer’s identity and from where. Guillaume Cerutti, Christie’s CEO commented on the matter, saying he doesn’t know if the buyer would want his name revealed.

The claim that the work is truly by Leonardo is still contested. A lot of scholars would agree that it is because of its likeness with other works by Leonardo. Experts identify Old Master works using this method. If it seems a bit unscientific, then you’re right. It doesn’t help the fact that students usually imitate their masters. Whose to say that this isn’t from a gifted Da Vinci student? In the end people will have to wait and see what the future holds for this piece and the person who bought it.

Featured and 1st image by Leonardo’s Salvator Mundi, via Christie’s

2nd image by The auction where the painting was sold for $450 million, via The Guardian