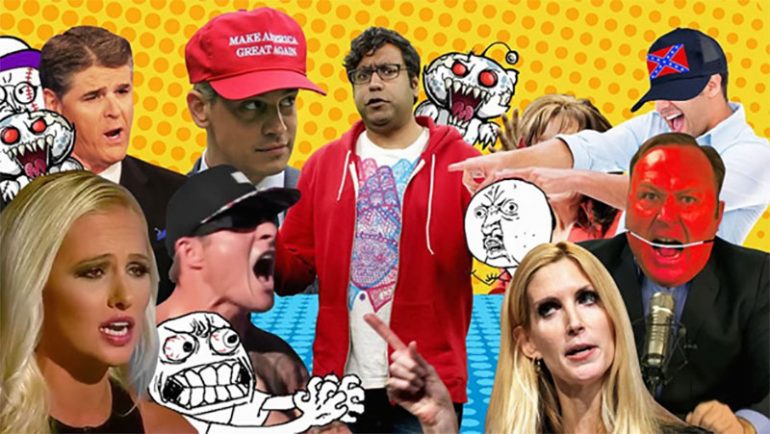 Comedy is being policed again. The eternally offended critics has once again reared its ugly head to take a peck at what are otherwise harmless jokes about the stereotypes of race, culture, and gender. It’s not easy for Hollywood to evade the wagging fingers of the progressive malcontents and their easily offended senses, especially now that old skeletons are being forcibly pulled out from real offenders’ closets to justify the chaining of innocent bystanders. This is not a new thing: they have always seek to control all media and platforms just so they could censor, police, and profit as the gatekeepers of entertainment, to promote the unusable skills they wasted their college years for, and as a mating call to the opposite sex.

This time though, they have taken a shot at something that can be considered as a “classic” of TV comedy and American animation: The Simpsons. Comedian Hari Kondabolu created a documentary about one of the characters in the series: Apu Nahasapeemapetilon. Calling it “The Problem with Apu”, he reasoned that the character is basically racist and portrays the negative stereotypes of South Asians, specifically Indians and accuse it of promoting these stereotypes to be used against Indians in forms of slurs and microaggression. Microaggression, for those who don’t know, is a made up term by the progressives. It is a tool used by them so that they can find offenses in anything and everything to police speech and, at the same time, pretend to be actually offended. To them, being offended is a prize. Example: the basic greeting of “Merry Christmas” is a form of microaggression that, as they claim, targets and offends those that are not Christians and doesn’t observe Christmas.

He also claims that everyone just likes Apu for his accent, not because of the politics Hari perceived in Apu’s character. “Everything with Apu is like this running joke,” he claimed in a phone interview with The New York Times. “And the running joke is that he’s Indian.” And though he claimed that he likes The Simpsons, it seems that he missed the point of the Simpsons, comedy, and jokes in general: to laugh at them. 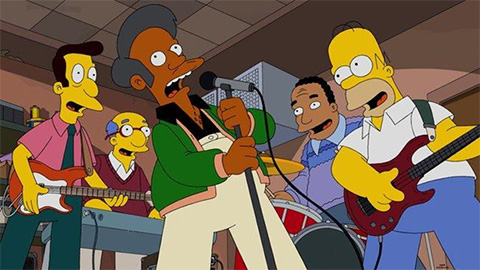 Stereotypes are usually truths that is ever present in a certain group of people. Art of all forms usually pull inspirations for these truths, comedy for example. And these truths should not be ignored or silenced. Are they offensive? Yes. Are they harmful? It depends. The stereotyping joke meme “Poo In Loo” for example is another very offensive joke to Indians. It pokes fun at the fact that the act of excreting waste in sidewalks and behind bushes in the wilds in India is entrenched in their culture. A lot of uneducated Indians are even offended at the idea of using a toilet. It’s racist to make jokes like this but there’s no harm in doing it. In fact, the silencing and ignoring of jokes could make people forget that there is a serious problem that connected in the culture of India and it is causing them harm, both in terms of health and environment. Silencing comedians and jokes is going to create and promote a harmful atmosphere where discussing the real problematic parts of existing cultures is taboo. People might even forget such problems exist, which is a dangerous thing.

And actually, so what if a joke is offensive? In the end it is just a harmless joke. People need to learn that not everything that is racist or sexist is meant to create a world where minorities and women are going to be slaves to straight, white men, like how they claim it to be. Comedians are getting choked in this restrictive PC culture, while people like Hari Kondabolu are happily gatekeeping the realm of comedy in one hand and make money out of being outraged, making fun of, and making violent threats against a white guy in another. He claimed to have let it go for 28 years. He should learn to let it go forever. And if he gets offended, he should just make a racist joke too, it’s fine. If he can make people laugh and make money out of it, even better.

Featured and 1st image by Hari Kondabolu, via Youtube

2nd image by Apu from the Simpsons, via The New York Times