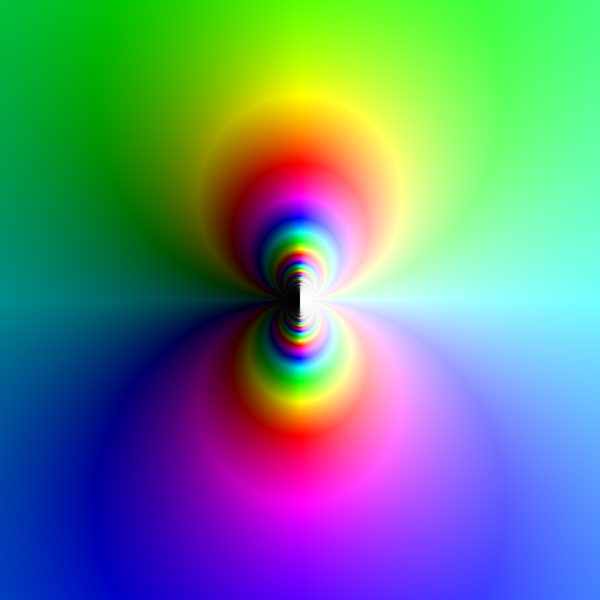 The story of Anish Kapoor and how he signed an agreement to be the only person who can work with the super-black paint, Vantablack, and the backlash this created is well known within the art world. Since then, a lot of people hated on Kapoor, whose act presents him as a selfish person. The reason why only he was able to use it in the first place is because Surrey NanoSystems, the manufacturer of Vantablack, told people that the paint requires a specialist to get the paint’s desired effect. They also argued that the item is subject to UK Export Control so only a limited amount of it can be exported. Due to the two conditions Surrey NanoSystems decided to train only one studio to use Vantablack and they choose Amish Kapoor’s. Why they specifically choose Kapoor’s studio, however, is not known.

And so the war against the decision continued. Some even took to social media and used the hashtag #ShareTheBlack to express their disappointment and demand that the paint be shared to all artists. But what truly makes this all the more fascinating is that the act of depriving other artists to get their hands on the blackest paint inspired them to create their own new paints and materials.

One such paint is created by NanoLab Inc., which they called Singularity Black. Jason Chase, a Massachusettes-based artist has revealed his first work with Singularity Black last month. Titled “Black Iron Ursa”, its a cast-iron gummy bear coated with the black paint and stands on a wooden circle painted like a rainbow roulette. The paint on the wooden circle emphasizes the blackness of the cast-iron figure, which seems to have magically lost its 3-D feature and looked like a flat puddle of black ink.

The technology is similar to Vantablack’s and Jason Chase expressed his wish to share it to other artists. He also said that artists are the ones who pushes the limits of new materials. He noted how banning others from using Vantablack prevents the artistic possibilities that may be discovered using the material but with Singularity Black, “those days are over.” 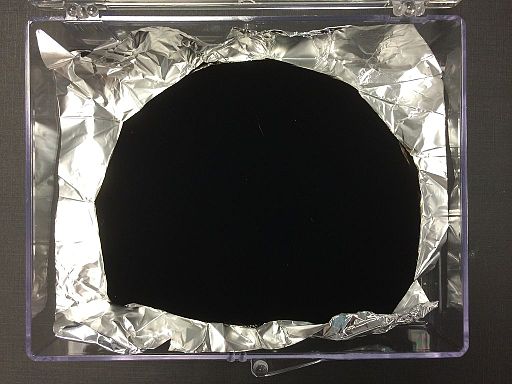 For those unfamiliar with Vantablack, the item is created from carbon nanotubes. And the reason why its so effectively black is because the thing traps light. Light goes in and gets trapped in the nanotubes the gets released as heat. Singularity Black, however, is a mix of a binding agent and the carbon nanotubes. The paint was invented by NanoLab in 2011 to be used for NASA. It was used to absorb stray light so that it won’t interfere with the sensors on their equipment for observing distant stars.

The paint isn’t just like any other paint, however, as the item is mainly ideal for using on metal surfaces and, after application, must be heated to over 320 degrees Celsius. Once its done, you cannot touch the paint because its fragile. Chase told in an interview with the Boston Globe that the paint will flake off when touched.

NanoLab decided to sell Singularity Black to everyone, unlike Surrey’s decision to only have Kapoor use their Vantablack. It will cost for around a few hundred dollars and comes in 250 ml and 1L.

Currently, the only other super-black paints in the market are Vantablack and Vantablack 2.0, which was revealed last year. Stuart Sempre, who leads the charge of the #ShareTheBlack movement created the Black 2.0 pigment as an answer to Amish Kapoor’s monopoly. He also created the pinkest Pink paint and Diamond Dust glitter. All three items Stuart made requires you to prove that you aren’t Amish Kapoor to buy it.