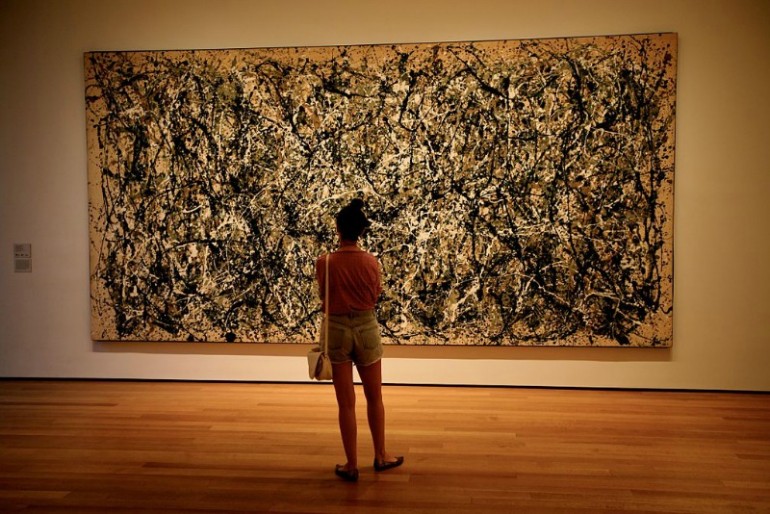 Abstract expressionism is an art movement that encompasses masterpieces that filled canvasses with splatters, drips and strokes of bold and various colors that formed no particular shape or image. It is known for painting the canvasses as a form of emotional expression through one’s gestures. It is linked to the Surrealist movement which sought to exhibit the emotions, mood and expression of the painter as they made their art. This art movement was what placed America, said to be replacing Paris, France as an art hub in the post war era.

The movement was linked to the rise of Leftist ideals and avant-gardism of protesting from their conventionally viewed as marginal positions. The use of art as a protest and the use of personal experiences and emotions envelopes the movement and the art it produced.

Jackson Pollock was an American painter mostly associated to the prime factors that popularized the abstract expressionist movement in the world of art. He is best known for creating a radical abstract style which involves separating line and color, and making new ways of drawing and painting which essentially meant crafting a new way to represent images.

Pollock was born in Cody, Wyoming in 1912. His father was a farmer, which then worked for the government as a land surveyor. His family moved a lot in the Southwest due to the nature of his father’s work. Parts of his childhood was spent in Arizona and Chico, California. Pollock came to know Native American culture because of the trips he made with his father as a land surveyor. Pollock is said to have Native American culture influences in his work, which he said to have been rooted in his childhood memories and the things he encountered in his early days. 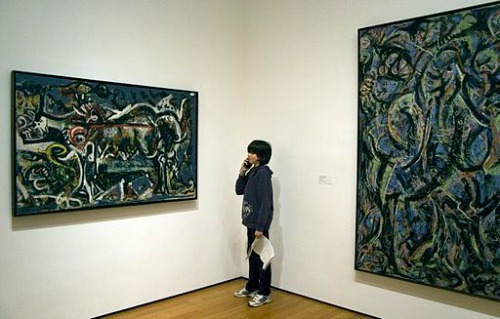 His style of flinging, pouring and rolling paint into a canvass using a stick to create swirls and lines which he called “drip paintings” gained much notoriety. His famed “drip paintings” which he began making in the late 1940s and is said to be one of the original works of the century. He created a new way of making art otherwise called as “action painting” where his canvasses were set on the floor or pinned to a wall instead of being stretched in an easel where he would let paint to drip from the paint can. Also, instead of using paintbrush, Pollock made use of knives, trowels, or sticks, which he thought added depth and texture in his pieces.

Apart from “drip paintings” another notable contribution of Pollock to the world of art is what is now called the “all over method.” This style espouses that the overall piece should not have identifiable points or areas where emphasis is made. It disregards size and dimensions of the canvass and the drawings.

His most prominent work entitled Autumn Rhythm: Number 30 in 1950 is an ode to nature. This painting is said to have the proper balance between control and chance which makes Pollock’s work truly a masterpiece emanating a mood of calm and tranquility. The painting depicts a linear framework and diluted black paint which were absorbed by the canvass since it was unprimed. Splashes of colors are then applied over producing a mix of thin and think lines in various directions in both light and dark hues.

Pollock is seen to be one of the greatest American artists in the 20th century with some of his paintings selling for unbelievable prices. He revolutionized the world of art through his radical styles in painting. He presented a new way of creating images that is truly outside of what was conventional.  He passed away on August 11, 1956 in a car crash while driving under the influence of alcohol.

Featured and 1st image by Alex Proimos from Sydney, Australia (Into the Painting) [CC BY 2.0 (http://creativecommons.org/licenses/by/2.0)], via Wikimedia Commons