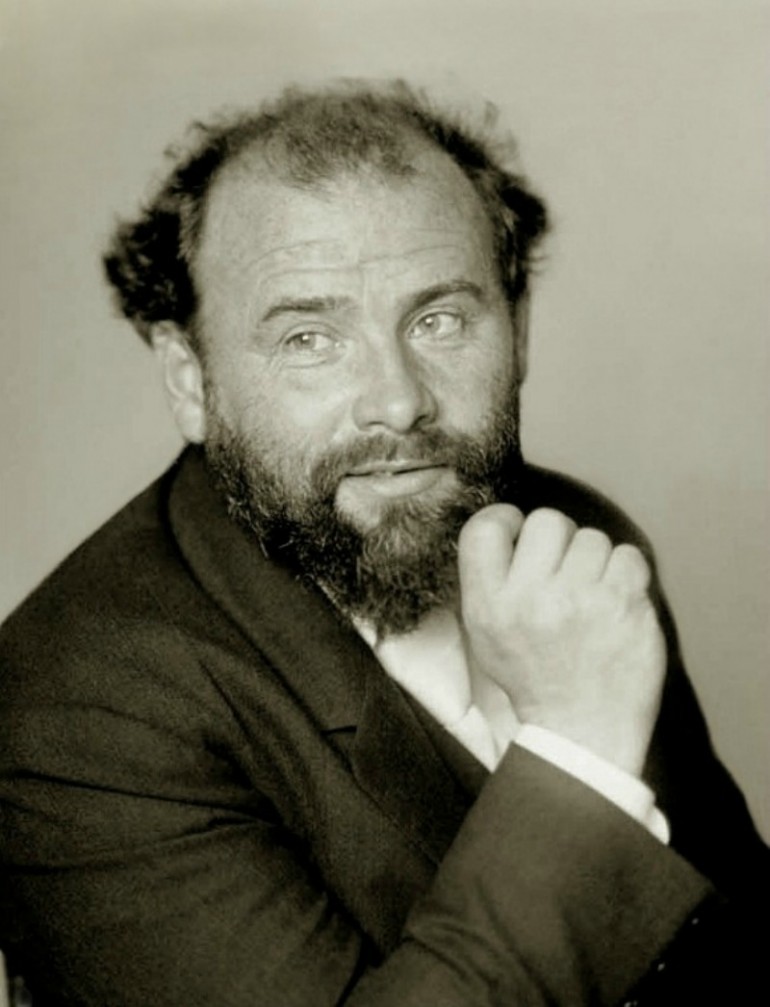 Gustav Klimt was born on July 4, 1862 to an impoverished family in the outskirts of Vienna, Austria. His father, Ernst Klimt was an immigrant from Bohemia and worked as a gold engraver when he came to Vienna. His mother, Anna Klimt, was talented in music but she never came to be a professional performer. The trade of gold engraving was not lucrative at that time which pushed the family to live in poverty.

At the age of 14, Klimt attended the Vienna Public Arts School on a full scholarship where he displayed exceptional talent for which he was immediately noticed. His education consisted of conservative and classical training where he specialized in architectural painting. Early on, his ambition was to be a drawing teacher. As a testament to his skills, he was commissioned to create an art work to be displayed to the public while he was still a student. This was surprising given his background of poverty and his young age. Due to this, his ambitions broadened which led to him to open his own studio, together with his younger brother and a friend upon graduation, which they called the Company of Artists.

The Company of Artists focused on working on murals, their style was also reminiscent to those which the aristocracy and upper-class were fond of. With this, their studio gained commissions to do churches, theaters and other public spaces. Klimt aligned himself with conservative and traditional styles until he was struck by tragedy in his personal life.

In 1892 Klimt’s father and brother passed away; he was gravely affected by their deaths which led him to search for a more personalized approach to making art which used symbolism and drew influence from various sources. Although this was the case, Klimt and his companions continued their work. They were commissioned to do a mural for the University of Vienna in 1893. Klimt made 39 murals for the Great Hall of the University. This caused stir in the world of art because his pieces were seen as indecent and immoral for picturing nudity. It was also criticized for being vague in the use of symbolism. This dismay and apparent rejection of his art led Klimt to further reject his old art leanings.

In 1897, he founded the Vienna Secession, a group of likeminded artists who rejected traditional and classical artistic trainings and pushed for non-traditional arts. The goals of the organization was to showcase the talents of the young Austrian artists and their new ways of doing art. 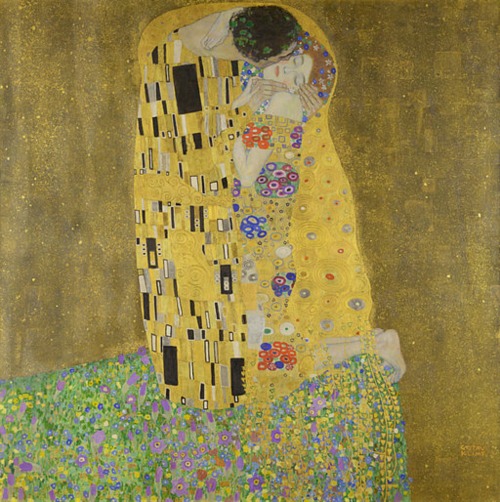 One of Klimt’s most popular work is entitled The Kiss which depicts sexuality and love. The painting shows a man kissing a woman who is seemingly engulfed by a body of gold where they both lay. The background is said to be suggestive of the night and its darkness. The two figures are standing on the edge of a flower meadow about to fall into the darkness of the night. The bodies are slightly emerging from a detailed image in abstract form. The symbolism in the gold shroud shows rectangles for masculinity which and circles for femininity which shows the division between the man and woman’s bodies. The painting was produced in his Gold Age or the peak of his career.

Klimt’s legacy was transforming Vienna into a center for culture and the arts through his help to the younger artists emerging that time. In addition, his work is up for debate when it comes to classifying his works as modern art. He was able to combine the real and abstract, the traditional and the radical in his works. With this, Klimt is truly one provocative artist that was ahead of his time.