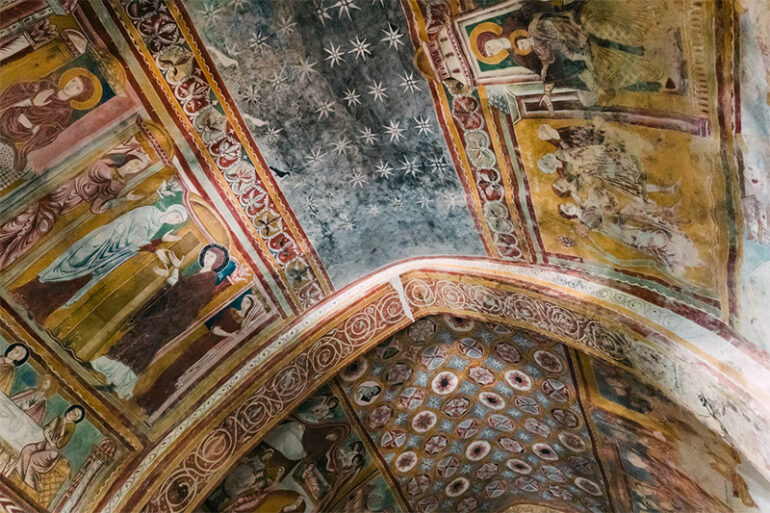 Art and religion occupy a prominent place in the human experience. They are proof of advancing culture, stimulating both creativity and intellect. Combining these two experiences enriches our lives by reinforcing the faith and inspiring genuine devotion to the Divine.

Some of the most iconic religious artworks depicted passages from the Holy Bible. Indeed, when it comes to faith paintings, Christianity emerges as the champion of fine arts. Here are some of the most famous religious paintings through the centuries.

World-renowned as one of the most famous paintings of all time, The Last Supper by Leonardo da Vinci tells the story of Jesus Christ’s last communion with His 12 disciples. The monumental simplicity, masterful composition, and striking contrasts captivate the hearts of Roman Catholics the world over. The hidden mathematical symbolism, psychological complexity, and dramatic focus of this impeccable craftsmanship make The Last Supper the perfect example of the unique aesthetics of the Renaissance period.

The Last Judgment by Michelangelo Buonarroti is yet another iconic Christian painting created behind the holy altar of the Sistine Chapel. This world-famous mural features many religious figures present during God’s final act of judgment on humankind and the ultimate return of Jesus Christ. The mural radiates out from Jesus Christ. Various saints were added, holding their instruments of martyrdom in place of violent scenes of torture and murder. Michelangelo seems to have free reins on how the painting was executed. The original Last Judgment was unapologetically honest. Due to the nakedness of its figures, a painter by the name of Daniele da Volterra was commissioned to cover up the naked bodies with veils and loincloth.

The genius and artistic skill of Raphael are exquisite and unmatched. He was considered one of the most talented painters during the Renaissance period. A testament to his fine skills can be seen in one of his finest works- The Sistine Madonna. The stunning painting was completed in 1512 and was initially commissioned by Pope Julius as a present for San Sisto Monastery in Piacenza, Italy. When Raphael created the Sistine Madonna, he was already proficient in Chiaroscuro, a painting technique that he adapted from his mentor, Leonardo da Vinci. Like The Last Supper, Raphael’s Sistine Madonna is a defining piece of High Renaissance art.

The Return of the Prodigal Son

Rembrandt van Rijn is known for his stunning depictions of realism and great use of light and darkness in his paintings. The Return of the Prodigal Son is one of the most widely known parables told by Jesus Christ that tells of the reunion between a father and son. The masterpiece was finally completed in 1669 and has been praised for the raw emotions captured in the scene and fantastic attention to detail.

Religious paintings glorify, idealize, and immortalize the rich history of Christianity through the centuries. They help keep sacred traditions alive while allowing people to easily visualize events and concepts that would otherwise be impossible to communicate by mere use of words. Religious art captivates the minds and hearts of people and is integral in encouraging non-believers to adopt a new faith.

1st and featured image by https://unsplash.com/photos/T6kiv2jp-wk