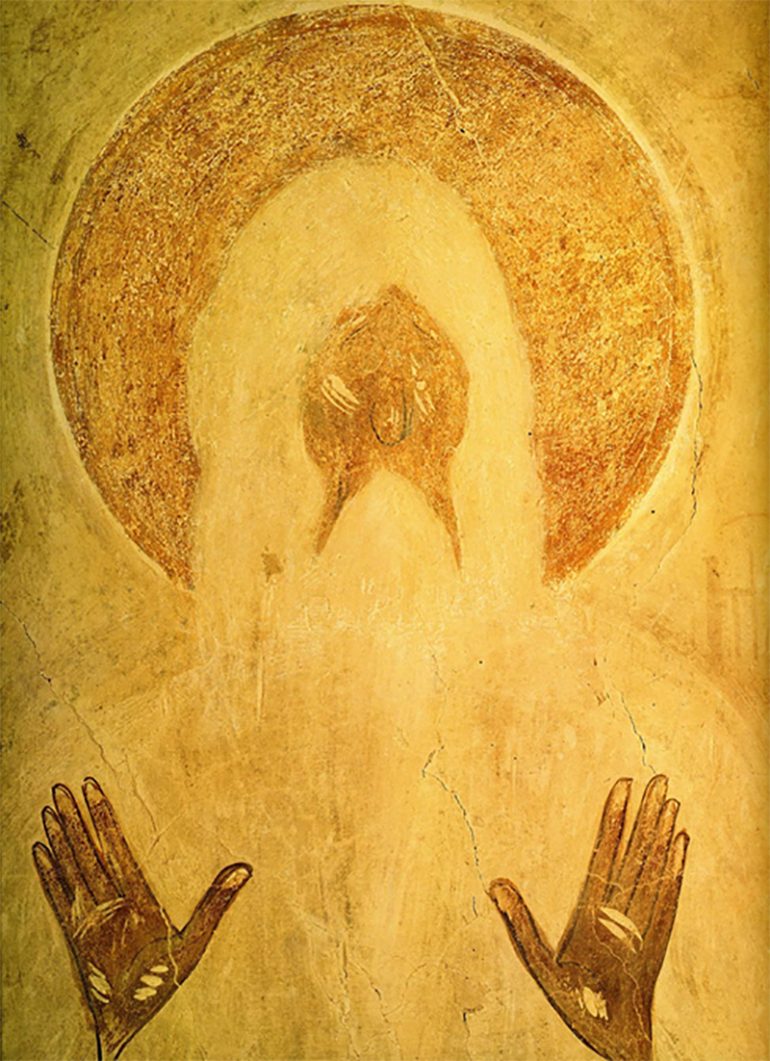 Theophanes the Greek is probably one of the best examples of Old Masters whose life is shrouded in mystery. According to sources he studied art and philosophy at the University of Constantinople and moved to Novgorod, Russia in 1370 to finish a mural painting for The Church of the Transfiguration. From there he went on to become the founder of the Novgorod School of painting in Russia. Facts like his exact birth date, his life before Russia, his death date, and place of burial are all unknown. A letter from Hieromonk Ephiphanius written in 1415 describes him as an artist as well as a philosopher and a sage.

To anyone who studied the Novgorod style, it matters not. What matters is that he’s an Old Master who migrated from Constantinople (now Istanbul, Turkey), became an icon painter in Novgorod, founded a new style of icon painting, and taught another Old Master in Russia: Andrei Rublev.

During his time in Novgorod, he worked on numerous frescoes, miniatures and panel paintings. He even did book illustrations. His religious works while there include the Madonna of the Don. After a while he moved to Moscow and did numerous other works for the churches of the capital. These include decorations for the Church of the Nativity of the Virgin, religious paintings for the Church of the Nativity of Mary, the Archangel Cathedral in Kremlin, and the Cathedral of the Annunciation, which he did in a collaboration with his student Andrei Rublev and another artist, Prokhor of Gorodets. It’s never known if he returned to Constantinople. Art scholar, Alpatov, did attribute some works to him in Istanbul, at the Chora Monastery. It is also believed he did other works in other places in the former Byzantine Empire, specifically in Galata, Chalcedon and Caffa. All in all, he worked for over forty churches during his lifetime.

Mainly, Theophanes is mostly attributed to religious art. He did came to Russia to make some after all. But he also did art of other subjects, like a panorama of Moscow which he did for Prince Vladimir Andreevich’s palace.

And it is there that any account about his life ends. Most of the articles about him would switch over to describing his works, only a few of which has survived the test of time. It is sad, though, that we know nothing more about the life of the artist who built the bridge between Russian art and the old Byzantine style. A few tidbits would be added by different sources, such as how he would allow spectators to watch him work, or about how his contemporaries would comically remark that he looked like he’s trying to paint with a broomstick but otherwise, that’s it. 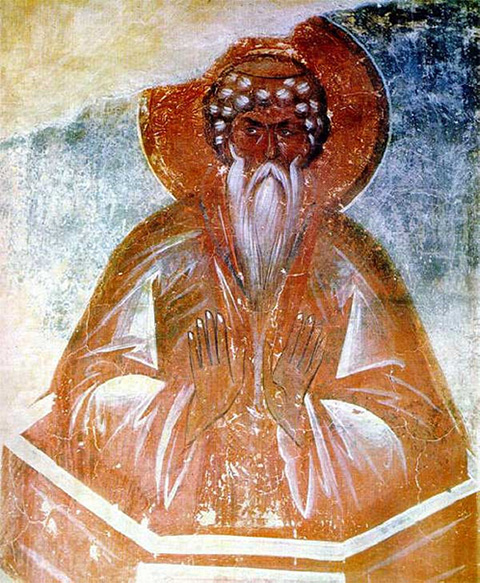 It is interesting to note that the works currently attributed to him are not 100% certainly his. Nor are people sure with 100% certainty that those are the only surviving works. He did work for more than forty churches so it isn’t impossible that there’s more, hidden away in some ruins of an old church just waiting to be rediscovered.

The terrible conditions many of his surviving works, especially his frescoes of St. Macarius of Egypt, St Daniel the Stylite and the Trinity can’t be helped. At the time preserving wall paintings is unheard off. Many artist at the time are “paint and go”, seeing their works not as something to be awed about for thousands of years, but as a service to the Church, a product to be sold, and/or a means of living. He probably didn’t even expect to be named by future admirers as the father of an style, but that little note about him allowing spectators gives a hint that he’s probably a bit of a show-off. Nothing wrong with being a bit prideful, especially if you know you got enough skill to show.

Featured and 1st image by St. Macarius the Great by Theophanes, via Wikipedia

2nd image by Daniel the Stylite, via Wikipedia