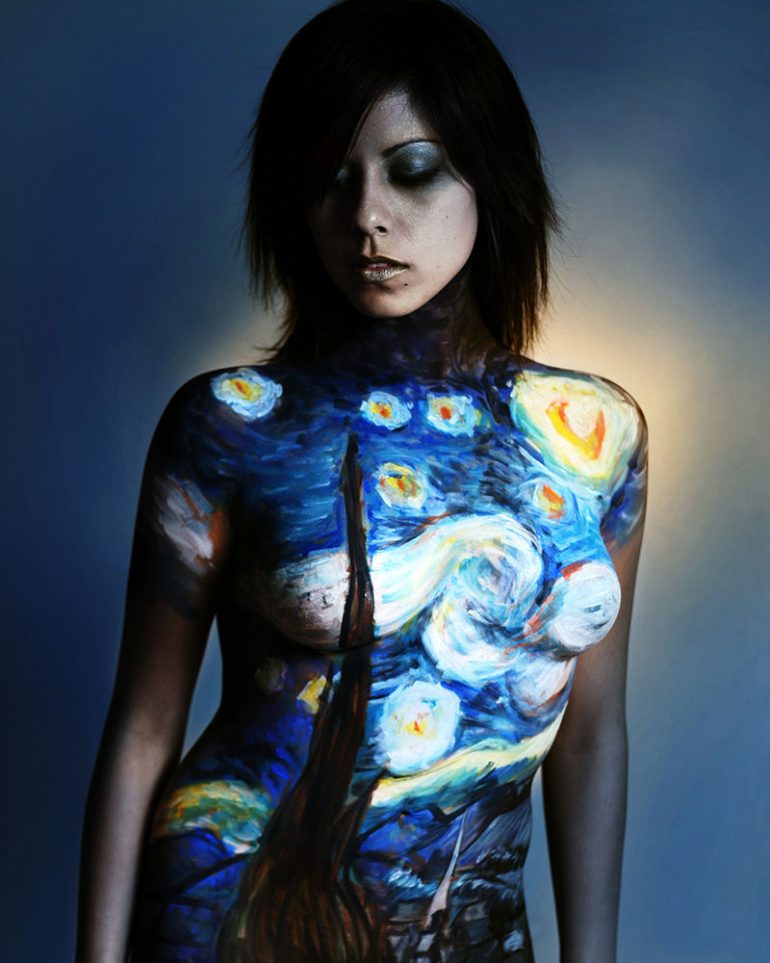 Body painting continuously gains its popularity, especially among the younger generation. It’s a mixture of classic and urban kind of artwork. The best thing about this type of art is the precision and perfection with which it was performed since the artist is painting over naked bodies.

The goal is to make it appear that body is not naked at all, although there are instances when it’s obvious that the model is bearing it all. Body paints cover the body and make it artistically beautiful. Artists who engage in this type of work describe it as “voyeuristic to the max.” It’s always a winner and the society keeps the art popular to this date.

Body art is no longer new. It has been practiced even during the Stone Age, but later became distinctive during the 20th century postmodernist art. This type of work has followed humans from the prehistoric times to the modern era where the body is seen as an innovative canvas. Artists believe that the human body can showcase hidden beauty.

Many people believe that the very first form of art was body painting. In fact, archeological evidences support this theory. Various modern and ancient tribes from Asia, Europe, Australia and Africa show clear records of unique body painting heritage. Natural pigments from fruits and plants were utilized by ancient people to decorate themselves with ritual tattoos, piercings, paintings, plugs and scarring. 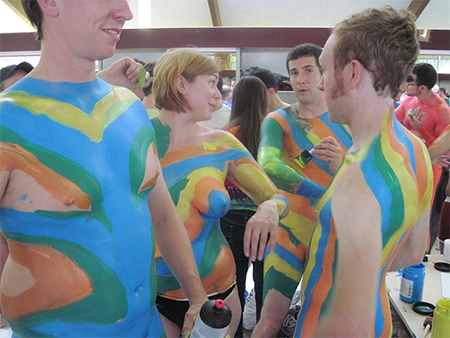 Some contemporary body arts or paintings are found in India. Brides decorate their entire body with tattoos. Even Indian and African-American tribes use body paints during their religious ceremonies. The first modern full body paint was discovered in 1933. Max Factor Sr., a famous cosmetic inventor caused disturbance and confusion when he exhibited his naked model, Sally Rand, during the Chicago World Fair.

This public marketing stunt shocked the public and caused the art to remain in infamy. However, it still brought a spark in the minds of future artists. Body painting became widely appreciated during the 1960s. Western art enthusiasts found a way to express their style in a form which is both shocking and sensational.

The work of an artist is not only limited by the conventional canvas. In this modern era, the artist’s mind ventures to a more unique perspective. Some even prefer digital art where they use technology to express beauty and uniqueness. The human body is the perfect canvas since the artist can easily rectify any error and come up with the best art that suits the viewers’ taste.

The Hippie Movement paved the way for the success of body painting. The movement accepted psychodelia, sexuality and nudity as a way of life. Body painting, during this time, did not always apply to full nudity. It was applied to the back, face, chest and hands.

Famous artists who used body paints as means to bring out their artistic vision include Joanne Gair, Youri Messen-Jaschin and Rebecca Horn. Gair shocked the world by creating a full body painting of actress Demi Moore. Gair’s art was featured in the cover of Vanity Fair in August 1992.

Body painting became so popular that it can already be found in various forms. Artists are now using excellent tools that are capable of capturing the attention of the public. Body paints are often applied during a political protest and as a tool for advertisement in a sports gathering.

Body painting represents someone’s origin, symbol of power, position, experience and standing in a particular society. Even modern tribes look at their body paints as a protection from evil forces. Some even look at this art as one that showcases beauty and bravery.