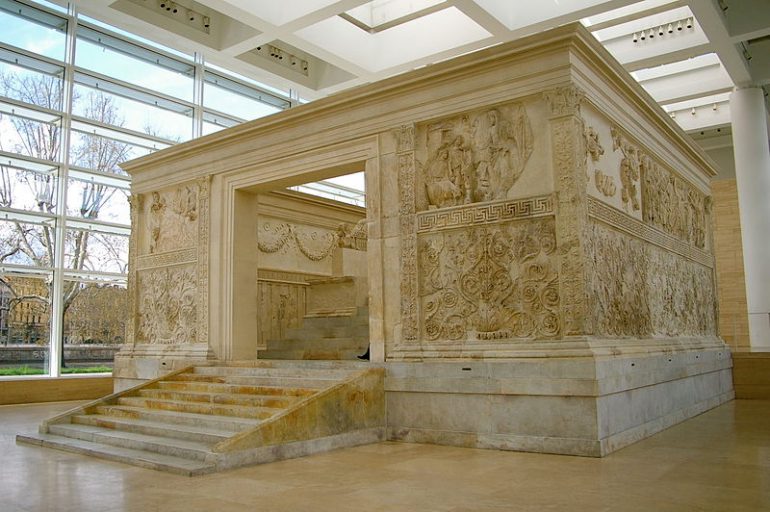 There are numerous wonderful works of art in Rome and you’ll never get tired of looking at them. Visit a church and you’ll see one of Michelangelo’s sculptures or a unique painting by the great Caravaggio. Ancient Rome was considered as one of the largest empires in human history, and it is also home to the most unique and exquisite paintings and sculptures ever made.

Records show that the earliest pieces of Roman art date back to 500 BCE. These pieces of work were clearly influenced by artistic practices during the classical Greek era. Rome adapted its style from prevalent practices and improvised the same to develop a more interesting piece.

Here’s the list of ancient Roman sculptures and arts that was recognized throughout history because of uniqueness and sheer artistry:

During the 13th century, a special altar was constructed by the Roman senate in honor of Emperor Augustus’ return from his successful campaigns in Gaul and Spain. The altar of Augustan peace was completed in the 9th century and was considered as one of the most excellent pieces of Roman art at that time.

The Fresco wall is found in the House of Livia. The House, which is 2000 years old, boasts of the most stunning floor mosaics and wall frescoes that date back during the days of Imperial Rome. Fortunately, the House retained most of its spellbinding beauty for the modern art enthusiasts to observe and admire.

King Augustus’ wife, Livia was so powerful and influential during her time. Even the Roman senate gave her the title “Mater Patriae” or “Mother of the Fatherland.” The Fresco wall is packed with realistic and captivating wall paintings that focus on exotic birds, trees, common plants and flowers. The fauna and flora were painted with great attention to detail. 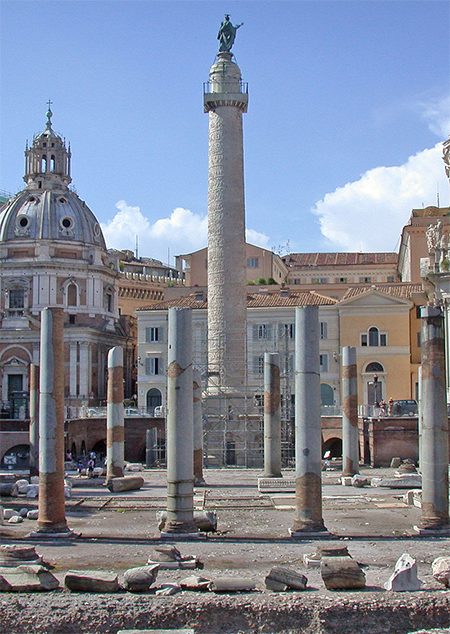 The Column of Trajan is a monumental landmark in the Roman City. This structure provides a quick glimpse of the way ancient Rome used to be. It’s a visually stunning monument with 2,662 figures well-carved into the structures. The figures depict more than 155 different scenes such as the famous Roman legion marches, huge battles, the Dacian war, sacrifices, negotiations and Trajan speeches.

Scenes from the wars in Dacia show Trajan as a prominent figure performing different military related tasks. Trajan’s Column, as well as its spiral narratives provide detailed insights on how to effectively coordinate, administer and operate the Roman army.

Roman art is also known for its wonderful combination of art and the practicality of the human daily living. Roman mosaic reflects this artistic flair. The mosaics are elaborate patterns or paintings made with bits and pieces of ceramic tiles. Such art specimens are utilized to cover walls, tops and even floors.

Roman mosaics do not only make the view totally stunning, it also makes the entire structure cool and clean. Mosaics come in different styles and varied shapes. The individually painted stones were placed together, creating a unique pattern that reflected the daily life aesthetics of the Roman Empire.

Millions of tourists travel to Rome on a regular basis and they never get tired of visiting places that served as home to numerous unique works of arts. Maybe, it’s time for you to set foot in this part of the world, and take a closer look at the best paintings and sculptures that were made by famous artists.

Featured and 1st image from https://commons.wikimedia.org/wiki/File:Ara_Pacis_Augustae.jpg