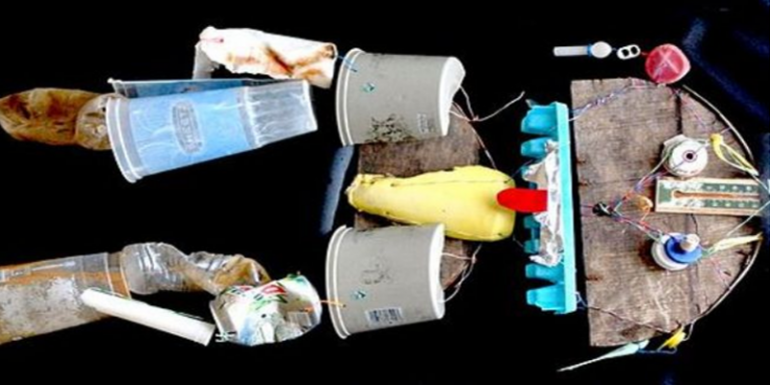 If abstract art is enough to make you cringe, prepare for this list of ridiculous works of art that unbelievably found a buyer. And they weren’t just sold—they were sold for incredibly high prices. Get to know these sold works of art that will show you the inexplicable quirks of artists and art buyers.

It sold for $10,000. Would you still want to call it nonexistent? This particular piece was hosted and sold by the Museum of of Non-Visible Art, an organization devoted to featuring and selling works of art that only exist in the imagination of artists—any maybe also in the imagination of their potential buyers.

As furiously ridiculous as it may sound, “Fresh Air” really found itself a buyer. It was reportedly bought by a woman in 2011. Whether or not the purchase made any sense is something we can’t argue against. Art, after all, is never meant to please everyone. Likewise, the decisions made by art collectors is something nobody has any right to question.

Onement VI is an abstract painting and it was sold for a mind-blowing $43.8 million. The sale was made through Sotheby in 2013. This 8.5’x10’ art was created by New Yorker abstract artist Barnett Newman in 1953. It is one of the six paintings under Newman’s “Onement” series.

What’s ridiculous about this extremely expensive Newman abstract painting is of course not that fact that it is an abstract art. It’s the preposterous simplicity of a large blue canvas with a white line at the center. We’re not undermining the artist’s skills but the Onement VI is something even some trained animals can do. 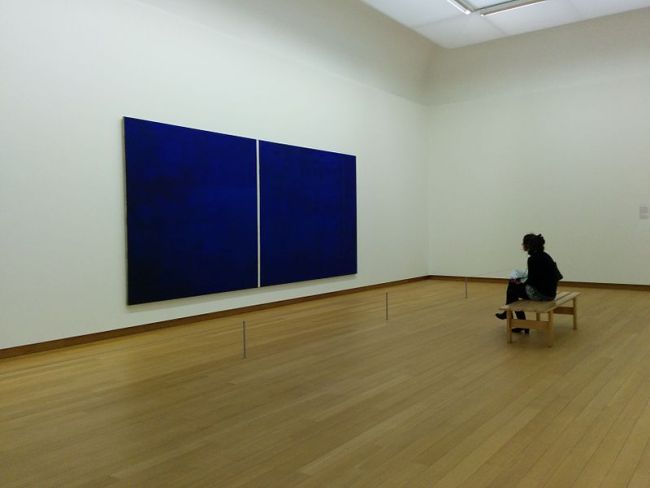 Created by Italian artist Piero Manzoni, Merda d’artista is an “art work” consisting of 90 tin cans filled with Manzoni’s feces. Each tin can weighs 30 grams and is 4.8 cm in diameter and 6.5 cm in height.

If you think Merda d’artista isn’t poopy enough, meet the new face of Venus de Milo…in feces. Unbelievably, this excrement-made art also fetched quite a price. It was sold for 300,000 yuan or $45,000 to a Swiss art collector. How’s that for spending money on a load of crap?

This feces-made Venus de Milo was created by one of China’s most renowned sculptors, Zhu Cheng. He did it with the assistance of his art students. The statue is a full size replica of the actual enigmatic statue by Alexandros of Antioch. Thankfully, the statue is contained in a glass box to prevent it from spreading the offensive smell. It was exhibited at the Henan Art Museum before it was sold.

Even if this artwork is a creation of Gerhard Richter, the German visual artist known as the top-selling living artist of the world, most people will likely be raising eyebrows over Mirror, a simple color-coated glass. It was created in 1991 and is 95 cm x 86 cm in size. On the site of Richter, Mirror has an estimated price of $545,965 to $701,955. It was sold for $750,702. Whatever the buyer saw in that reddish mirror to agree to paying the “bloody expensive” price is something we’ll never know.

Photography is an art discipline. However, when you think of photographic works of art, you would likely think of something meaningful, creative, or expressive. It’s probably not something like Rhein II, the world’s most expensive photograph. Would you believe that this very simple and almost boring photo of the horizon can carry a $4.3 million price tag? 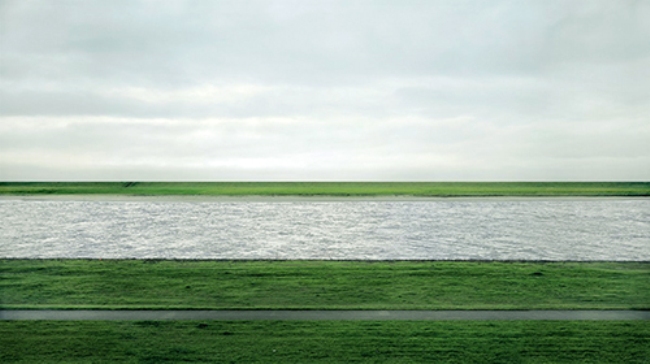 By Andreas Gurksy / Fair Use for Commentary in Low Resolution Copy / Via Wikipedia.org

This listing is not aimed at mocking artists and art buyers. It is just an exemplification of how art sales are not influenced by themes and trends. Art is unlike consumer goods whose sales and value can be predicted or subjected to scientific estimations. As ridiculous as it gets, art has its peculiarities and ridiculousness that are likely never explicable.