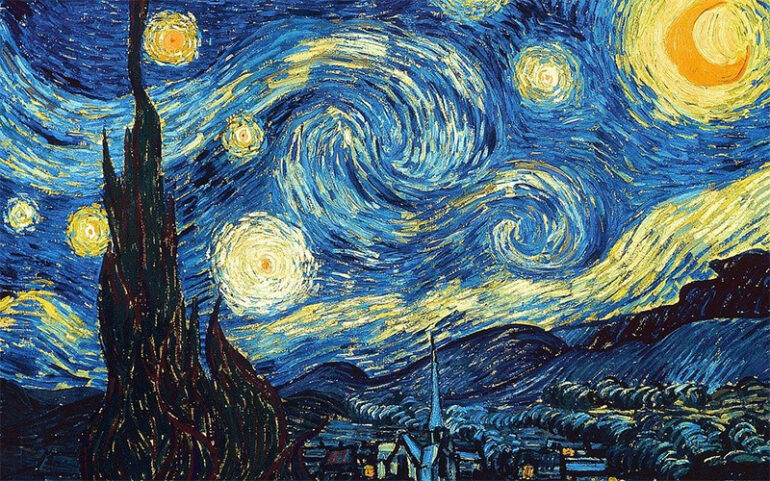 An artist who struggled in nonrecognition during his time, Vincent Van Gogh has become one of the most influential and celebrated painters in history. In ten years, he was able to create over two thousand pieces of artwork that include but aren’t necessarily limited to landscapes and portraits. He was only thirty-seven years of age when he died, and sold only a single painting before he passed away. However, his legacy stands as a testament to his talent and skill today, with one of his most expensive paintings selling for a hundred and eleven million dollars at auction. There are even exhibits presenting his paintings all over the world like Manila. If you’re curious to learn more, please continue reading.

1. He had a diet that primarily consisted of coffee and bread

While Van Gogh may have had a privileged background, he spent most of his life surviving on inexpensive food due to poverty. His diet primarily consisted of little more than coffee and bread. He was also known to drink excessive amounts of alcohol and was usually seen with a pipe. While his brother, Theodorus, would often help him out financially, Vincent would funnel all of the resources that he received into purchasing more supplies for his art.

Due to Vincent’s poor mental health, he would usually spend a lot of time being admitted to the hospital. His delusions and hallucinations worsened over the years, and the episodes became more frequent and intense, his neighbors started to become scared of his unpredictable behavior. It is for this reason that they began to call him le fou roux or the red-headed madman. They also rallied against him for the famous Arles petition that would get him evicted for good.

3. His famous painting, “Starry Night,” was done in the asylum where he was confined

Shortly after the incident involving the cutting of his ear, Van Gogh took it upon himself to check in an asylum where specialists had diagnosed him with generalized delirium and acute mania. Fortunately for him, the hospital allowed him to continue to create artwork. Through the windows of his room where he would spend most of his time was where he managed to complete Starry Night. And it shows in the piece; the artist presents his view on many different days and nights. It showed a sunrise, the moon, windy, rainy, and overcast days too.

4. Vincent was the pioneer of post-impressionistic selfies

In a span of three years, Vincent Van Gogh painted over forty portraits of himself. However, not many people realize that it wasn’t vanity that drove him to do so but rather necessity. He couldn’t afford to pay models, after all. The other way in which he was able to keep the costs of his passion as low as possible was to paint over any existing paintings instead of having to spend on new canvases.

Vincent Van Gogh was a painter who was ahead of his time. While he struggled a lot in his brief but storied life, the impact of his work can’t be denied. And because of it, he continues to serve as an inspiration to many artists – both aspiring and professional alike.

1st and featured image from https://pixabay.com/photos/starry-sky-van-gogh-oil-painting-1948523/