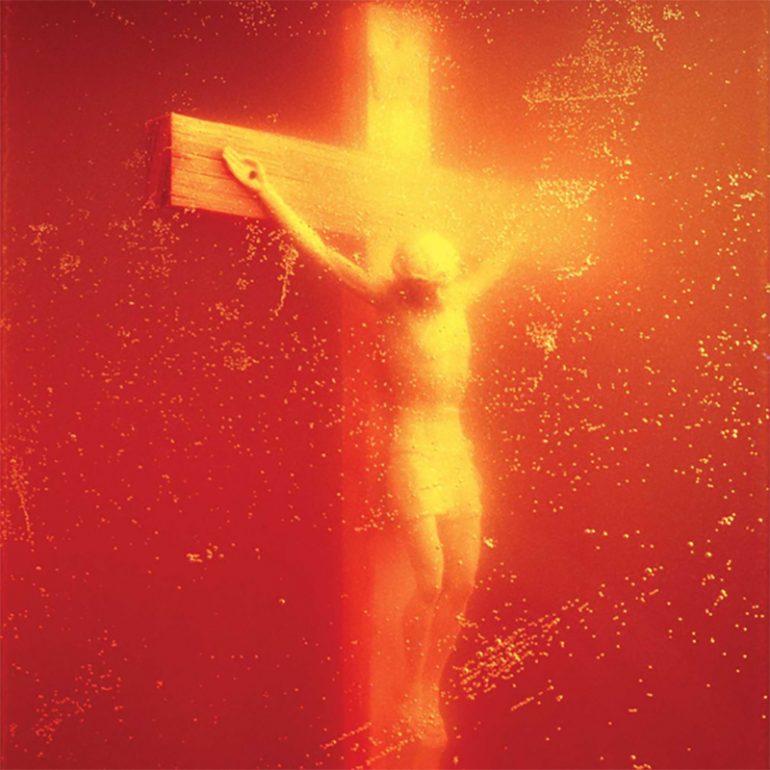 Artists express themselves in different ways. Some of them are not afraid to push the envelope and cross the line. They have garnered criticisms because of their creations, but they remain unfazed. Whether it is for their playful creations that stir the imaginations or something deadly, causing shock and anger, these artists have made pieces of art that will be remembered forever. Here are 5 of the most controversial artists and why they have gained international attention.

The brothers have been collaborating since 1991. They have never shied away from creating controversial art pieces that were thought provoking and sometimes, scandalous. They have tackled various subjects including torture, war, communism and poverty. Perhaps, their most controversial move was to buy the set of Francisco Goya’s Disaster of War prints before turning them into something weird, bordering disrespectful due to the silly faces drawn.

This American photographer is controversial because of the materials used in his art. He is known for using bodily fluids and feces. In 1987, he enraged Christians because of the “Piss Christ” showcasing a small plastic crucifix which he submerged on his urine. His creations even sparked anger among French Catholics to a point that he was bombarded with hate mails and phone calls. Over 1,000 people took the streets to protest his creations. Despite being a controversial artist, he has also worked to help the poor. Some of his creations even depict the plight of the poorest members of the society. 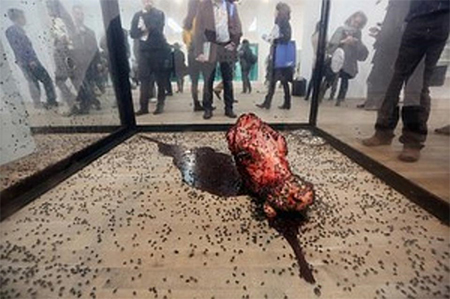 Death is the main subject in most of his creations. For instance, he has placed dead animals in tanks of formaldehyde. He also did a diamond-encrusted skull. He takes inspiration from the fragility of life and he seems to be obsessed by it if his creations were to be interpreted. He even created a live sculpture called A Thousand Years where fliest from maggots were forced to choose between feeding on a rotten cow’s head or get electrocuted. It was not his creations though which was criticized the most. It is the fact that he is among UK’s wealthiest artists. He seems to have turned his art works into a money making scheme.

Not only is he controversial, he has also acted illegally. In 1991, he was arrested in Prague for painting a Soviet tank pink. It was a war memorial. Since then, he has used the city for several of his controversial sculptures. For instance, he created a huge purple hand with an extended middle finger. He also created a golden statue urinating from the top of the National Theatre. The most controversial was the model of the late dictator Sadam Hussein which was suspended on a tank of formaldehyde.

Endurance and pain are the essential elements of her work. She tried pushing herself to the limits with her performances. For instance, she explored her strong feelings against Christianity and Communism by whipping herself. She also lied on a bed of ice and ate a kilogram of honey. Sometimes, she challenges the audience to join her such as one where she silently started at someone in the eyes for a very long time.

Art is indeed subjective, and for these people, art is about going beyond the norms. They tried doing what other artists might deem crazy. They were not even afraid to be criticized or be at the center of major outrage from the public in pursuit of the art. Whether you like their creations or not, you simply can’t question their determination and bravery.