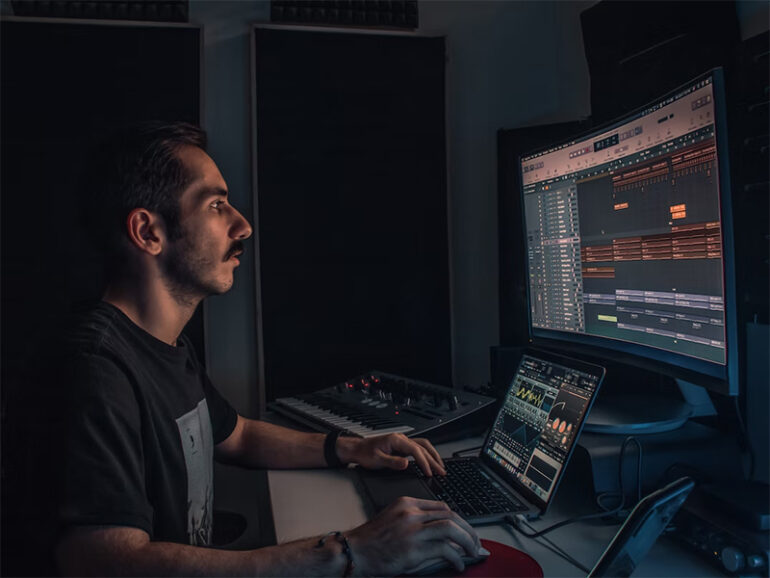 Ambient music is an often-overlooked art form, yet it can transport us to new worlds and evoke emotions within us like no other. In its simplest terms, ambient music is an instrumental soundtrack that sets the background mood for a specific atmosphere.

But there’s much more to it than that. Let’s explore ambient music’s distinct characteristics, making it a unique art form.

Emphasis on atmosphere and texture

The first characteristic of ambient music is its emphasis on atmosphere and texture. Ambient composers create sounds that evoke certain emotions or feelings in listeners while allowing them to enter a state of relaxed focus. This can be achieved by utilizing various audio textures such as drones, pads, noise, white noise, and field recordings. When these elements are combined, the result can be quite mesmerizing, creating an immersive soundscape for the listener to explore.

Ambient music is generally characterized by very minimal harmonic structures, resulting in a landscape of sounds that float through the space and linger in the air. This creates an atmosphere that differs from many of today’s modern songs, which often rely on powerful chords and chord changes to keep things interesting. This lack of harmonic progression can be seen as a form of musical minimalism, with composers focusing more on lighter textures and tones than heavy harmonies.

Timbre refers to the sound quality produced by different musical instruments or voices. In ambient compositions this is explored gradually, often through subtle changes in tone and timbre throughout the track’s duration. This gradual exploration helps create a sense of depth within the piece while allowing for more creativity from the composer when crafting their sonic landscape.

Melodies are usually de-emphasized in ambient tracks, leaving room for more creative elements such as ambiance and atmosphere instead of focusing on traditional song structures like verse-chorus format or pop hooks. This allows ambient composers to explore new sounds without having to worry about producing their music tracks catchy or radio-friendly, allowing them to approach their pieces from a purely artistic standpoint rather than one focused on commercial success.

Improvisational practices are also used when composing ambient pieces, which means that every piece of music created will be unique and cannot be replicated exactly by someone else. This gives composers a great deal of creative freedom while maintaining their artistic integrity by ensuring that no two pieces are alike. Furthermore, because improvisation leaves room for mistakes and unexpected changes, composers can explore different sounds, rhythms, and textures without fear of failure or judgment from others.

Ambient music can transport us into other worlds, evoke emotions as no other genre can, and inspire creativity through innovation and experimentation with sound manipulation techniques. Its versatility makes it perfect for film scores or listening at home. Regardless of how the audience chooses to experience it, one is sure to be moved emotionally by its power. Whether you’re looking for something soothingly tranquil or invigoratingly stimulating, ambient music has something for everyone.

1st and featured image from https://unsplash.com/photos/s1oZK5tZfC8