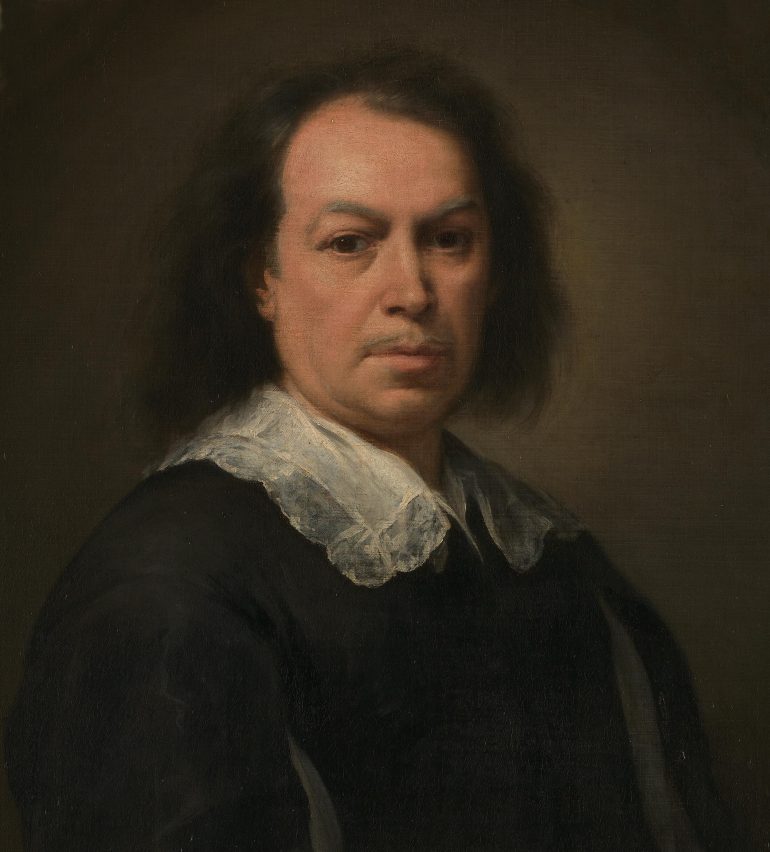 Bartolome Esteban Murillo is one of the most famous Spanish Old Masters in the history of Art. Born in the 17th century, he was, of course, involved in the Catholic Counter-Reformation movement against Protestant art. Apart from his religious works, he was also known to paint realistic scenes of ordinary Spanish street life, like The Young Beggar, one of his best works depicting children.

He was born in 1618 in Seville in a family of 14 children. He was an orphan. His parents, Gaspar and Maria Murillo, died when he was very young. Juan del Castillo took him in as an assistant. Castillo’s style was influenced by Venetian art and by those of one of the greatest of the Old Masters, Peter Paul Rubens, a Flemish master of the Baroque style.

After his apprenticeship, Murillo chose to sell his own paintings instead of joining another workshop, which was what apprentices traditionally did. Of course, his art style at the time was derived from Castillo’s. In 1642, he left for Madrid to study the works of other old masters, such as Titian and Rubens. It was there in Madrid where he developed his soft, yet realistic style by incorporating what he learned from the works of the other masters like Diego Velazques. Three years later, after he finished his study, he went back to Seville and married Beatriz Cabrera y Villalobos, the model he used for the painting The Virgin of the Rosary, painted in 1650.

Though he was relatively new, his art seemed good enough for a group of Franciscan friars living in Seville. Soon, the Franciscans gave him a commission of 11 religious works of saints, one of which was the Ecstacy of St. Didacus of Alcala Before the Cross, completed in 1646. It was this assignment that became the stepping stone to his career and after this, he received another commission for two paintings for the Seville Cathedral, which further increased his reputation as an artist.

It was also in 1645 that he painted The Young Beggar and the Two Children Eating a Melon and Grapes. After the completion of the assignment from Seville Cathedral, he began the process of specializing in the theme of  “the Immaculate Conception” and “the Virgin and the Child.” 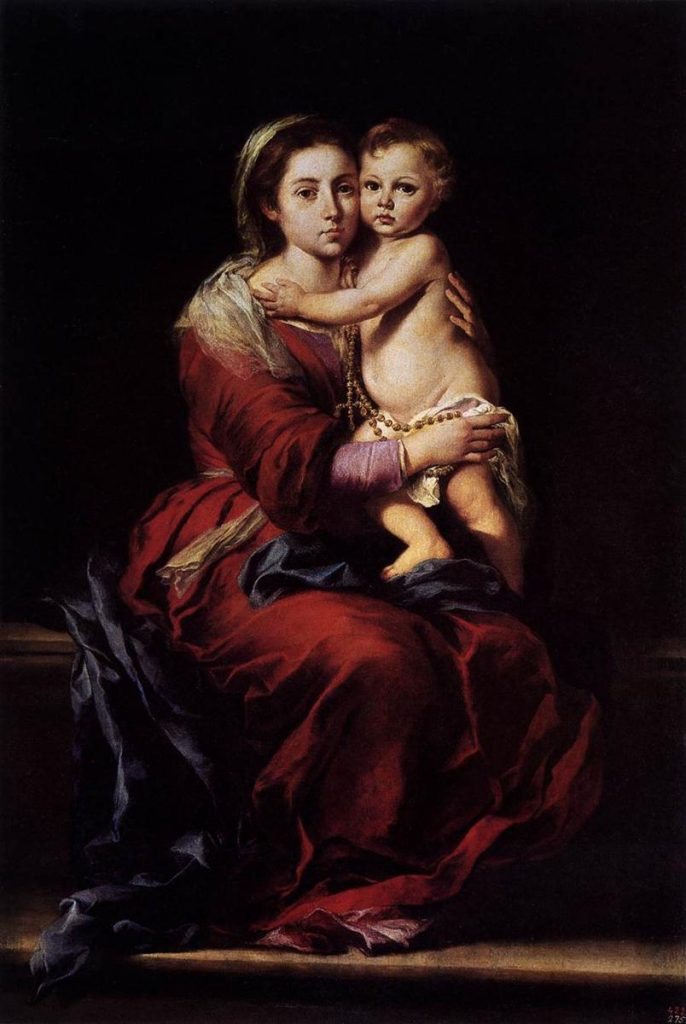 Most of his career centered around the Catholic Counter-Reformation movement, the Church, being one of the wealthiest financiers of artists in that era would commission him to work a lot, but he does find time to paint children and peasants going about their business, such as The Boy with a Dog,  painted in 1650. His list of works includes several paintings of Mary and the baby Jesus, the dated ones at least: there’s one in 1638, four in 1650, one in 1655, and two in 1675.

Another theme he worked on was the Holy Family, which included paintings of the Holy Family’s flight into Egypt. He also did a series of angel paintings that were holding holy relics in 1660 and portrait art of several people, such as that of Andres de Andrade-i-la Col in 1656, Inigo Melchor Fernández de Velasco in 1659, and Nicholas Omasur in 1672.

Throughout his career and life, he had a lot of students and fans. With Beatriz, he also had eleven children. So between painting for the Church, teaching his students and minding his family he was kept busy. In 1660 he helped found the Seville Academy and also became the Academy’s first President.

Tragedy, however, struck in 1682, when he was 64 years old. The artist fell off a scaffold while working on the Marriage of St Catherine. He died instantly. After the death of the artist, his works started gaining fame and in the 19th century, he was one of the top artists in Europe and has influenced other artists, as well as affected the development of the Rococo art. Many copied his works, securing him the title of the most famous Spanish artist of that era.

2nd image The Virgin of the Rosary, by Bartolomew Esteban Murillo via Wikiart