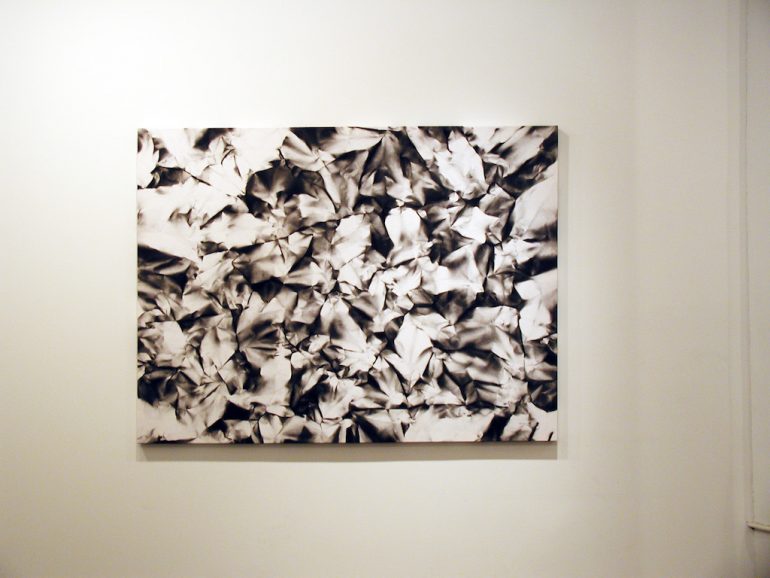 You can tell who the radicals are when threats are sent. And in the case of one cancelled fall exhibit, the proof who the radicals are is plain to see. These radicals, hell-bent on censoring anyone they don’t like, have plagued the art world time and again recently. And with such intensity, that the supposed notion that art “should not be censored” is almost becoming a thing of the past. These same radicals are usually also seating at a position of power, one they can use as leverage against their enemies. A renown author once wrote:

“When you tear out a man’s tongue, you are not proving him a liar, you’re only telling the world that you fear what he might say.”

Such was certainly the case when Greenspon Gallery cancelled the show of Boyd Rice, an American artist. Boyd Rice’s works were set to be featured in the gallery of Amy Greenspon until she was sent a bunch of threats from some of her colleagues regarding the now-cancelled exhibit. The concern was that the senders of the threats were accusing Boyd Rice as a Neo-Nazi, to which Rice denied the claim. It was a constant accusation against him ever since Rice appeared in a 1989 issue of the Sassy Magazine where he appeared in a picture with Bob Heick, who was the leader of the white supremacist group, American Front.

Needless to say, Rice has denied time and again that he was a Nazi. In an interview, he said, “The people saying these things don’t really know about me and aren’t familiar with the stuff I’ve done.” He did admit he knew Heick but for only a very brief time. That, however, didn’t stop gossipers and conspiracy theorists to accuse him of being a Nazi. Nor did this stop the radicals from threatening Greenspon. Rice was very understanding of Amy’s position: the radicals were threatening to ruin her life and shut down her gallery because of a few rumours. Rice admits, however, that he wasn’t too upset about the controversy sparked by the radicals and thinks it’s a win-win situation anyway.

Rice may be cool about it, but the debate between New York-based artists and dealers is not done yet. Since last week the debate has intensified, and whether the gallery should or should not have cancelled the show has left them split in half.

Mitchell Algus, who previously exhibited Rice’s works before, has stated that none of Rice’s works was political or provocative in nature. Mitchell Algus worked with Rice in 2007 and in 2016. Algus admits, however, that Rice, who was seen as a “countercultural shock to the system” is now viewed as “offensive” in “a hyper-political troll-world.”

The offending radicals came from a group known as the Invisible Dole, a network of artists that usually not political. Someone from the group forwarded the information that Rice was going to be in Greenspon with the title “WARNING: neo-nazi showing in nyc”, a clear sign that the intention was to demonize the exhibit and alert the radical members of Invisible Dole to spur them into action.

They spared no one from controversy as they try to ruin the exhibit, not even Darja Bajagić, whose works were to appear with Rice’s. Bajagić was given a number of screenshots as proof of this and posted them on Instagram. She called the move “Gestapo-style tactics.”

Other artists have not been too kind with Invisible Dole, whose radical members are also part of 47 Canal, a New York gallery. The gallery is now also dragged into the debate thanks to the radical members and a sarcastic post by artist Mathieu Malouf. “Every show, especially at 47 Canal, is our collective way of saying ‘NO’ to Nazis,” he posted,  “which in 2018 are the single most important threat we face as a peoplekind.”

1st Image: A painting by Boyd Rice, via artnews.com.