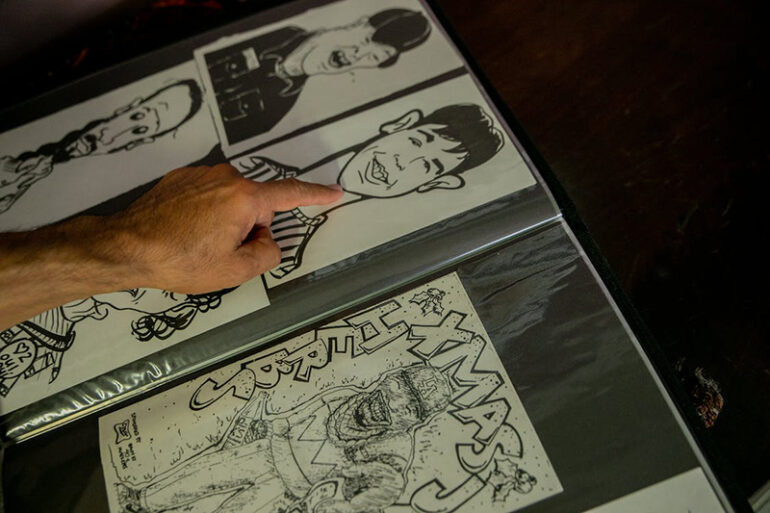 The world of caricature art is often seen as something of satirical nature where the proportions, features, and likeness of a subject are exaggerated to achieve a look reminiscent but not to be mistaken for a cartoon character. And at the core of caricature art, was the intention of creating something that would make an ordinary subject transform into something that is much more fascinating or eye-catching, and with a slight hint of humor on the side. Some of the most popular use cases for caricature are seen in short comics, often in tabloids pertaining to politics, used as a means of entertainment for the readers.

Mosini was the first person to coin the term caricature by deriving it from the Italian word “caricare”, which means “to load” or to exaggerate details. A few years go by and Gian Lorenzo Bernini, a sculptor-architect of the 17th century, introduced and popularized the word “caricatura” in France during his visit in the year 1665. With the introduction of this term, it was then that the practice of creating caricatures was not only popularized in Italy but also in France. After it spread in these two European countries, it was also made known to Great Britain during the 18th century and much later during the 19th century to cartoonists, who are most synonymous with the art today.

Today, caricature art can still be seen in streets, or malls where artists would draw the people passing by for a fee. Another example of caricatures that were previously mentioned is in comics. The comics that use caricature as a style, use it as a point to criticize or make a political statement while retaining a comical effect. Because of the widespread use of caricatures in art, it also spread over into literature, starting a new trope of characters that are portrayed as having exaggerated personalities, dispositions, and appearances. To keep it simple, the most common use case for caricatures is used to display or highlight the shortcomings of humans or situations in a humorous way.

Easy enough, caricature art only requires a short list of materials to get started. First off, is paper, and as much as possible, the kind that would not let markers or pens easily bleed through. Second, are writing materials such as markers, pencils, or charcoal. Each artist has their own preference for what writing utensil they would want to use, which is why it’s hard to find artists who have the same exact tools as each other.

From first being a term used to describe an art style, to turning into its own genre of art, caricature art has certainly come a long way. Over the years, caricature art has still been able to maintain its popularity through short comics that have underlying criticisms of politics masked with the humorous, overexaggerated appearance of characters. Truly, caricatures have been able to influence, shape, and in some rare cases, even define a generation. From where it stands today, it seems that caricature art will still be of importance in the coming years, decades, and possibly centuries to come.

1st and featured image from https://www.pexels.com/photo/hand-pointing-at-drawing-10474131/