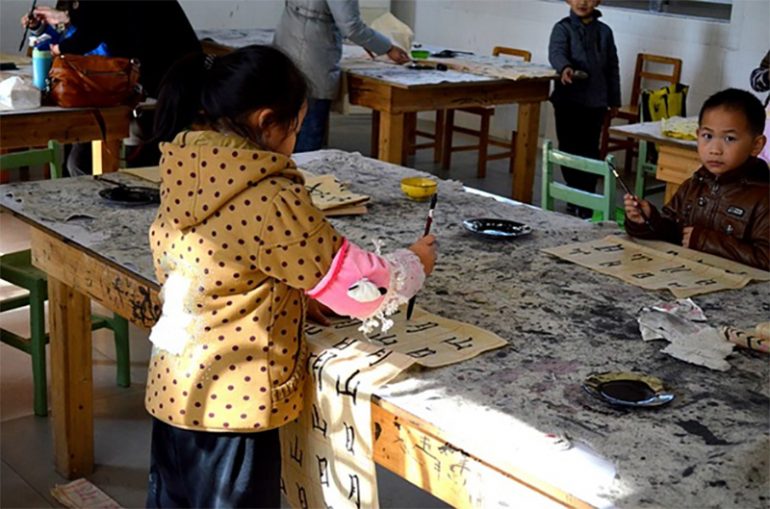 With a variety of writing systems that have been used since over 5000 years ago, it should not be surprising to know that these systems have evolved from merely pictures or symbols to letters, logographic, hieroglyphs, and many more.

With the earliest writings, other countries have eventually adapted the systems either due to the colonization or they were simply influenced. Many of these writing systems, whether created or influenced, do not appear the same compared to when they first were used.

In Chinese writing scripts, calligraphy is one of the most recognized as the Chinese art of writing as it is a form of visual art. Together with painting, it and the calligraphy both use a brush and ink to produce a piece of art.

Enough of the art form, the characters of Chinese scripts should be taken note of. They appear as images resembling the objects they translate to. In Chinese scripts, what happens is that an object is observed and drawn on a piece of paper in a form of, what we would call today, lines and strokes. From there, it evolves to what many of us would recognize as Chinese characters.

For instance, the character “林” (pronounced as lin) translated to English is “forest.” If you think about it, two trees can already make up a forest. If you try drawing two trees side by side, it wouldn’t look like the character, right? Not yet. If the drawing was done much simpler and simpler, it would eventually reach the final look – 林.

Another good example is the water component of Chinese characters, “水.” It becomes a water component when added to other characters but not without transforming to “氵.” Most characters that have this component would translate as something relating to water, as it does appear like three drops of water.

Other than the evolution, the Chinese characters, while appearing so complicated, might actually not be so difficult. If you learn each of the characters one by one, pairing them up wouldn’t be so hard to understand.

Chinese Characters in Other Languages

It might be due to Chinese characters being one of the first writing systems in the world, or the Chinese traveled everywhere, but one thing is for certain – there are other languages that have “borrowed” characters from Chinese writings. Japan is one of them.

Many of you might already be aware but Chinese in Japanese writing is commonly known as “Kanji” (fun fact: it’s a Japanese pronunciation for “Hanzi” in Mandarin!). The difference is how they are being read.

Writing Systems of the World

If the writing system of the Chinese is like a form of art, do you ever wonder whether other writing systems appear the same way? Or how different they look now compared to before?

But here’s the real question for you, what is the writing system that you like? Why don’t you also try writing out your name in other writing systems?

Featured and 1st Image by PublicDomainPictures from Pixabay