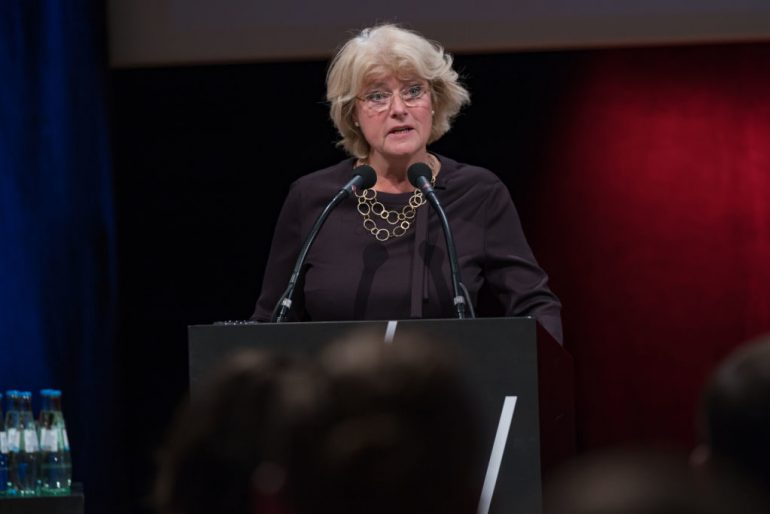 As Sarr and Savoy correct their position with regards to the Restitution Report, it seems just right that critics and supporters should once again analyze their arguments. After all, they specifically said that the idea “is not to empty the museums of Europe of all foreign artefacts.” Instead, Europe should just return things that they “stole” from the natives of Africa and Asia. If the item was “given” or “donated,” that should be fine to keep. But as last mentioned, they did, in the end, recommended to just return everything since researching is too hard and costly.

Well, it seems that Germany doesn’t think so. In a recent article by Artnet, Germany has announced that they will pledge $2 million (or €1.9 million) into researching the country’s inventory of colonial-era artefacts.

It was the country’s culture minister, Monika Grütters, that announced that the government will allocate $2 million to fund the research on artefacts obtained by the country during the 19th and 20th centuries. It will be the Greman Lost Art Foundation that will be receiving these funds. The foundation was created for the purpose of researching art that was looted during the Nazi Era, and with the $2 million, they will now also handle colonial-era loot.

Monika Grütters stated that the colonial history of Germany has always been overlooked, and this is true, as most people don’t even know that Germany had colonies, given how little and sporadic they are. Germany isn’t as big with the colonies as Spain, Portugal, Britain, and France. Grütters went on praising The German Lost Art Foundation’s ability and experience with researching the history of art pieces.

The foundation has hired Savoy and several other German museum directors to lead the foundation’s advisory board and the research on the different art pieces Germany has, including the ones in the collection of The Humboldt Forum, which will number to around 20,000 objects, artefacts, and artworks. This is the same Humboldt Forum with the advisory board that Savoy dropped out from after it was criticized about how it has failed to address the colonial origins of the artefacts. Savoy that it shouldn’t open until they have quantified “how much blood is dripping” from the artefacts.

Apart from this, the foundation is going to share all their findings with other funded institutions so that any party interested in learning more about the items Germany has a way of checking out. Whether foreign parties can also contribute to the database was not said in the Artnet article. 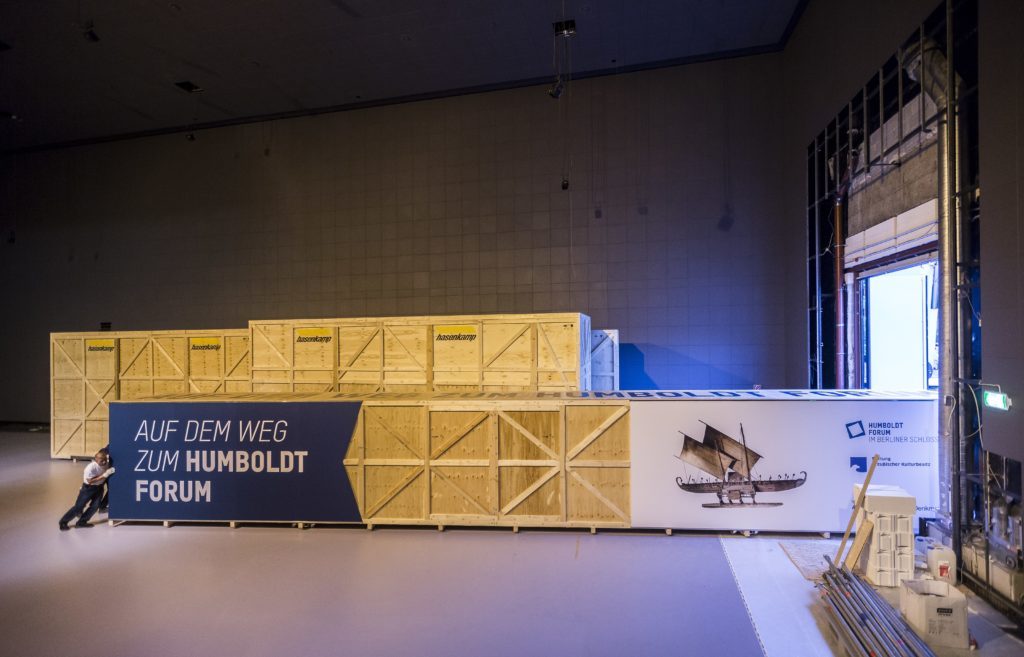 But this is the best outcome. Rather than just shipping everything back, it is better to actually perform extensive research on the foreign artefacts. Sure, all the other countries the colonizers stole from has the right to ask for their artefacts back. But if the items were given freely, without being under threat, to the colonizers, Europe’s museums should have every right to keep it. Which country doesn’t want a symbol of their country’s generosity to be displayed in European museums? Those artefacts can become a symbol of goodwill between the former colonizers and the former colonies. And fostering this goodwill between countries is the goal of restitution after all.

2nd Image: The Humboldt Forum, being packed up. Via Artnet.