Both the Bellini brothers are, no doubt, masterful artists whose talents are known throughout Italy in the 15th century. Gentile went and successfully accomplished his mission to Constantinople and everyone thought that no artist could have done better than him. But art historians agree that between the two brothers, Giovanni Bellini is the greater of the two and has accomplished far more than his brother. Sure, Gentile painted wondrous art that decorated the Doge’s Palace, but Giovanni started a movement, one that would turn Venice into a cultural center of Europe and one of the key cities in Italy that fueled the Italian Renaissance.

Giovanni is the younger of the two Bellini brothers, who were born one year apart. He was born in 1430, to Jacopo Bellini, a Venetian old master who studied under another old master, Gentile da Fabriano. The Bellini brothers had a sister, Nicolosia Bellini, whose husband, Andrea Mantegna, was also an old master. It is believed that Mantegna’s art had influenced Giovanni’s, and Giovanni’s and Gentile’s art had also influenced Mantegna’s. It just shows how close this family was.

Just like Gentile, Giovanni learned the lessons of art from their father. Jacopo taught them how to draw, to paint, and how to work with different tools. Little else is known about their early life and many speculated that Giovanni assisted in his father’s workshop until a certain age, like Gentile. Eventually, Giovanni left his father’s workshop after absorbing all the knowledge he can learn from his father and brother-in-law. The Crucifixion, painted in 1455 demonstrated the things he learned from Mantegna about religious painting. Giovanni also drew Mantegna’s influence on the Pieta, painted in 1460. 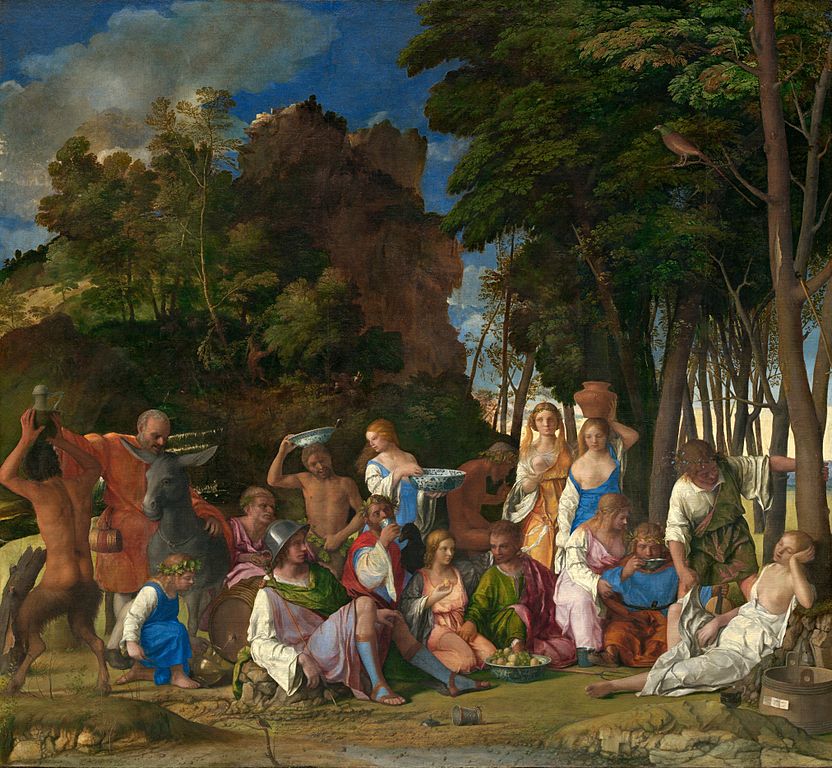 Giovanni met Antonello da Messina in 1475, and the meeting had an influence for the two. Antonello’s art helped to mature Giovanni’s. Giovanni’s career at the time is mainly concentrated to painting religious works: mostly frescoes and altarpieces. He also did portrait art, like the Portrait of Doge Leonardo Loredan. Like his brother, the city would commission work from him, such as painting historical frescoes in the Doge’s Palace.

Giovanni was known to have concentrated on using only oil paints, especially in 1475 after meeting Antonello.  From Antonello, he gathered oil painting techniques that Antonello learned from Naples. It was a combination of Dutch and Italian knowledge and him harmonizing the two.

Since then Giovanni was always busy with commissions and work brought in by his position: he has conservator duties as well as a painter. There’s The Resurrection of Christ, St Jerome Reading in the Countryside, St Francis in Ecstacy, Lamentation Over the Body of Christ, and others. Eventually, his brother returned but both of them were so busy with work.

Eventually, Gentile died in 1507 and gave all his works to Giovanni on the condition that he would finish the St Mark Preaching in Alexandria. Experts thought this was weird between brothers and came up with the conclusion that Giovanni didn’t want to do it, much like how younger brothers usually refuse requests made by their elder brothers. So Gentile had to bargain, but he was dying. So he just gave up his paintings to Giovanni. Gentile would have probably given them to him anyway, with or without finishing the Preaching, but we’ll never know for sure. Giovanni went on working until he died some 9 years later after working with Titian on the Feast of the Gods.

2nd image Feast of the Gods, by Giovanni Bellini via Wikipedia