Pre-Raphaelite paintings are characterized by their many literary references and symbols. They are colorful and sensitive to social and nature issues. John William Waterhouse was one such painter. He was born in Rome and he was more popularly known to personal friends and family as Nino. His parents were both artists. It seems that Waterhouse was a shy and retiring person because very little is known about his personal life despite the fact that he died in 1917. He did not write any journal or diary and what’s known about him were written by William Logsdail, the friend who wrote his memoirs.

Over the course of two decades Waterhouse taught at the St. John’s Wood Art School, where more students were able to enter the Royal Academy than any other school. Waterhouse was also one of the most accomplished painters in Britain during the latter part of the 19th century.

When Waterhouse was still starting out, his work had similarity to Sir Lawrence Alma-Tadema’s works. He continued to refine and improve his style until it became distinctively and uniquely his. Although it was a genre he was not known for, he was also a very good portrait artist and painted members of illustrious families.

John William Waterhouse was different from other artists as he used a modern style when doing his Pre-Raphaelite paintings. In terms of approach, he was like Sir Edward Burne-Jones in moods and types, a characteristic of academic painters, but with more focus on atmosphere and less on design. His works exude that aura that the painter had done better in his past work, because he actually accomplished so much, complemented with his learning and his taste. There is always an element missing, like the work did not fully satisfy, which stemmed from his being an eclectic person. He was not able to fully express his creativeness or artistic prowess or that definitive style that will define himself. 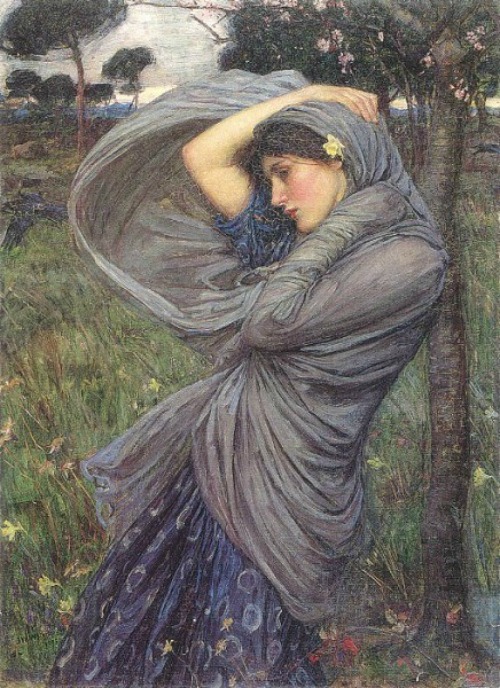 Still, Waterhouse was a true Romantic artist with a passion for the beauty of the female figures and a love of natural setting. The combination was what made his work very popular and unique. The Romantic style and Neoclassical themes are combined in his paintings of mythical and classical scenes. One could say that he was ahead of his time because this style of his would be later developed by other artists through the remainder of the 19th century.

Waterhouse was not flamboyant like other artists, which had led to them being quite popular, either through their work or their notoriety. In contrast, Waterhouse led a very quiet life without any major upset or drama. He just continued to create beautiful paintings of love and tragedy stories.

He made about 200 paintings throughout his career. His artistic style was not specifically defined, but he was still known for using a variety of artistic techniques that brought realism and beauty to his art. Most of his works are in oil, and quite distinct for his employment of beautiful light, color schemes that are vivid and bright and application of symbolism for his themes.

Aside from the inspiration derived from Classical and Pre-Raphaelite artists, several other artists were influential in the development of the art of Waterhouse, including Frederic Lord Leighton, Sir Lawrence Alma-Tadema and in some ways, Sir Edward Coley Burne-Jones.