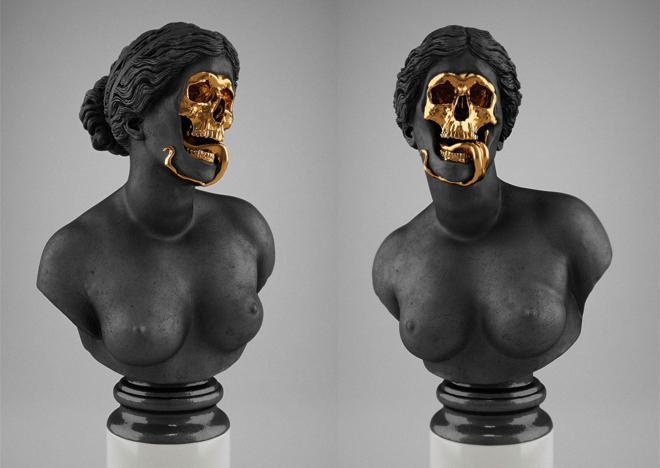 Macabre art is rare nowadays. Most artists do it for aesthetics, but people act like they do it for shock value. Such works go around social media, with labels such as “scary” or “weird” or, unsurprisingly, “shocking”. Some good examples of such works are the works of Hedi Xandt, whose works have been circulating for quite some time now.

Hedi Xandt’s works have been around social media for quite some time and if you’ve spent a great deal around social media yourself you probably have encountered his macabre works before: gold-plated skulls, marble statues, pins and nails, and eldritch monsters that’s the stuff of nightmares. Weirdly enough it isn’t actually scary to look at. Instead, it evokes an alluring beauty and makes people curious. His works mix traditional themes in a macabre fashion using modern techniques. It’s like you’re looking at a jewel hundreds of people killed for, for thousands of years: You need to be afraid of it, you should be afraid of it, but the more you look at it the more you can see how precious it is.

This Norwegian artist was born in Germany in 1988 to a diverse family of artists and craftsmen. He is mostly a self-taught artist while is professionally a graphics and multimedia designer. Though he tried to study Liberal Arts at the University of Arts in Berlin, he found that the teaching methods and the classes not to his liking, because he was looking to advance his craft. He already knew what style he wanted to work with, according to an interview by kultur22.dk, and he said that he thought “it was useless”, which was why he switched courses and schools. He eventually graduated in 2013, finishing the course of Communication Design in Darmstadt, Germany. He currently works as a creative for TUSH Magazine as well as a freelance artist and Illustrator. 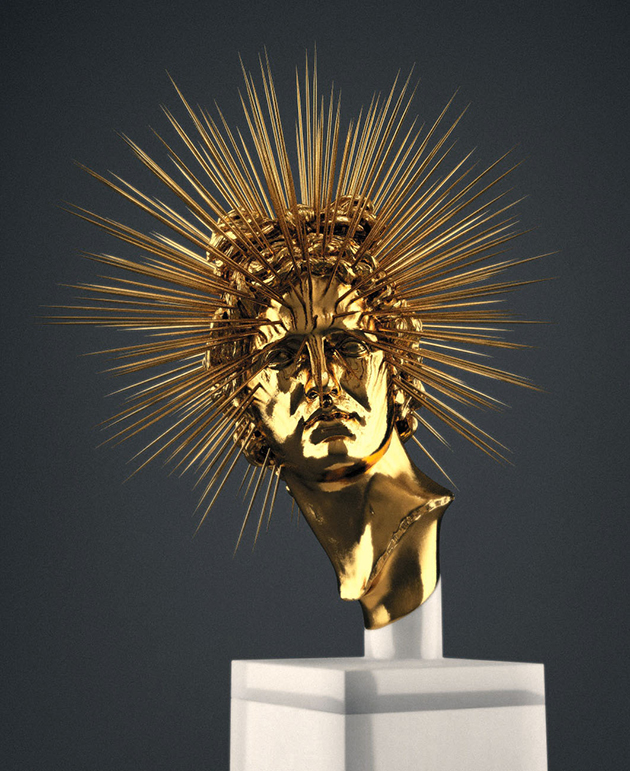 He works with various media. For example, these prints he made for TUSH Magazine 6 years ago. He gets his inspiration from many classic themes and motifs, like Christian and pagan religion, as well as old Norwegian folk tales. In an interview, he explained how his macabre works were inspired by such themes, while trying to create them using modern techniques.

“I love thinking about old religions, horrifying gods and demons,” he said in the kultur22 interview. “Especially in the Christian Bible, at some point, their positions become mixed up and you don’t really know, is this entity evil now or good?” He explains that in pagan and Greek myths, the gods are portrayed as twisted and rightfully so: everyone who is familiar with Greek myths knows how damningly human the all-powerful gods act when faced with adversity, temptation, carelessness, and loss: Apollo turns the raven black, Hera would cast misfortune on Zeus’ women, Zeus is a serial rapist and a cheater, and Aphrodite acts like a child.

“You never know if he will take care of you or smash you with his wrath,” he added.

An example of such work was his God of The Grove, which was made using an old marble statue of Athena, with which he hollowed out her head from her face and replaced it with a gold-plated skull. “I chopped it all off and let the evil god come out, the “God of The Grove,” he explains. He added that the gold symbolizes the goddess’ beauty, divine purity, and coldness.

Many would ask him what’s with all the dark motif. He explains in a trendland interview that darkness is rich in emotions. He is fascinated with it and how it creates a blur in our heads when confronted with the unexplainable.

1st Image: God of the Grove by Hedi Xandt, via kultur22