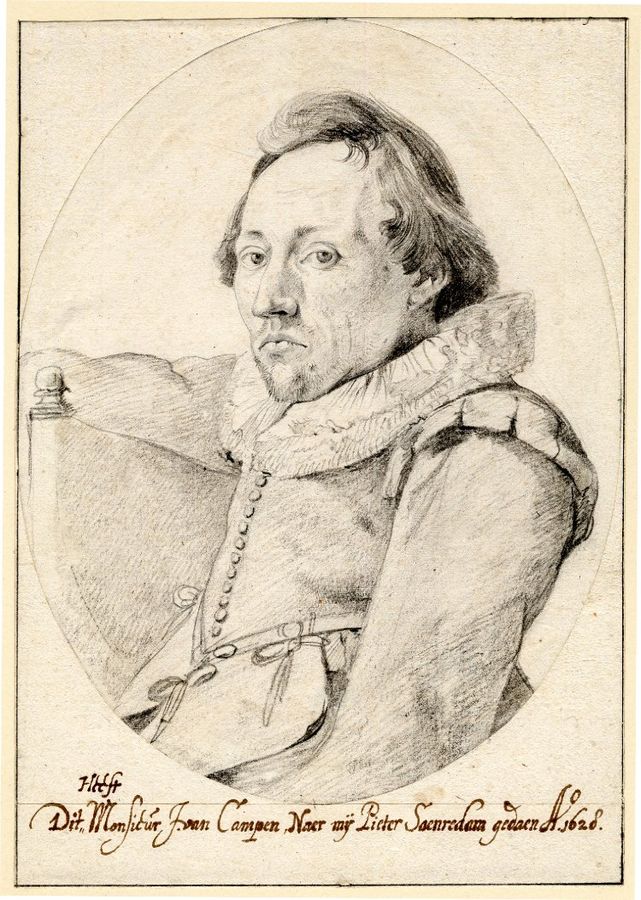 Pieter Jansz Saenredam was one of the greatest Old Masters of Dutch Baroque Painting’s Golden Age. Known for his whitewashed church interior paintings, he began to paint buildings with architectural faithfulness and realism, throwing away the traditional style found in Mannerist works, which relied on fanciful imagination instead, making him an innovator of Dutch Realism. He is also known for his Protestant art that contrasts the more colorful and dramatic art of the Catholic Counter-Reformation movement.

Pieter was born on June 9, 1597, in Aseendelft, Netherlands. He learned art from his father, Jan Saenredam, who worked as an engraver as well as a map maker. From him, he learned how to sketch and paint. But when Pieter was 10 years old his father died. What remained of his family moved to Haarlem two years later. In 1612, his mother enrolled him into an apprenticeship with Frans Pietersz de Grebber, who was a portrait and landscape artist. He worked for Frans’ studio until 1623. Despite his physical deformities (he was both a hunchback and a dwarf) he showed amazing talent. He met Jacob van Campen there during his apprenticeship. Around 1622, Pieter also joined Haarlem’s art guild, the Guild of St Luke.

Pieter is known for religious art and Dutch Realism. But what made him famous was his paintings of churches. For the first time ever, an artist has discarded the Mannerist traditions of painting the inside of structures using only the imagination and followed a Dutch Realist approach of depicting Baroque architecture. His extensive knowledge of architecture may have come from contemporary architects he has known, one of which is Jacob van Campen whom he met in Frans Grebber’s studio. He also has known ties with Pieter Post and Salomon de Bray, both who are also known for the Dutch Baroque style.

Pieter’s work was often done in chalk or pen and pencil, after which he’d use watercolor to give it texture. His works are noted for being exceptionally detailed, using geometry and even light, coupled with graduated shadows, so as to give the paintings the looks that they were images of inside a structure. The measurements of these interiors are precise, creating the linear perspective that gives depth to the paintings. 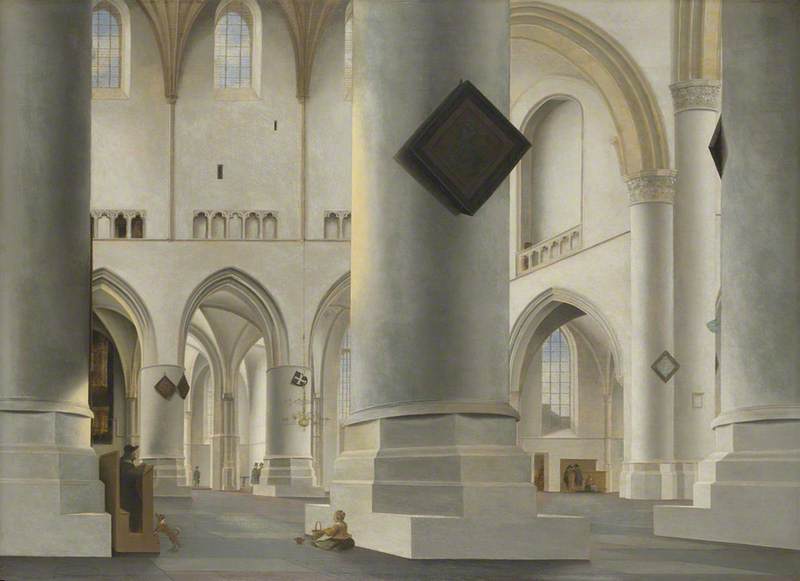 He’d travel a lot to learn more about the structured and monuments that he drew, like Hertogenbosch where he drew “Interior of St John’s Cathedral” and in Haarlem where he drew “Church of St Bavon.” In 1641 he stayed in Amsterdam where he made several works. There were drawings of his for Amsterdam’s Old Town Hall, sketches he made to prepare for a large painting. He also painted “Interior of St Mary’s in Utrecht” the same year, and “St James’s Church in Utrecht” the year after his arrival in Amsterdam. One of his best works, “Interior of the Odulphuskerk in Assendelft”, was painted in 1649. Finally, he painted Nieuwe Kerk, a building built by Campen.

He eventually came back to Alkmaar around 1661. He painted “Church of St Lawrence.” Two years later, in Utrecht, he painted the “St Mary’s Square.” his art was often compared to Andrea Pozzo, due to the use of linear perspective, and to Emmanuel de Witte, who painted structures from the inside as well but unlike de Witte’s he paints his interiors with as much fewer humans in it as possible so the audience can focus and appreciate the structure. The white walls with occasional browns and greys were executed to present a skillful use of light similar to de Witte. This combination of precision and atmosphere, the skillful use of light, shadow, and angles effectively captured the beauty of every structure. However, two years later, on May 1665, he died and was buried by the end of the month.

2nd image The Interior of the Grote Kerk at Haarlem, by Saenredam, Pieter Jansz via artuk.org