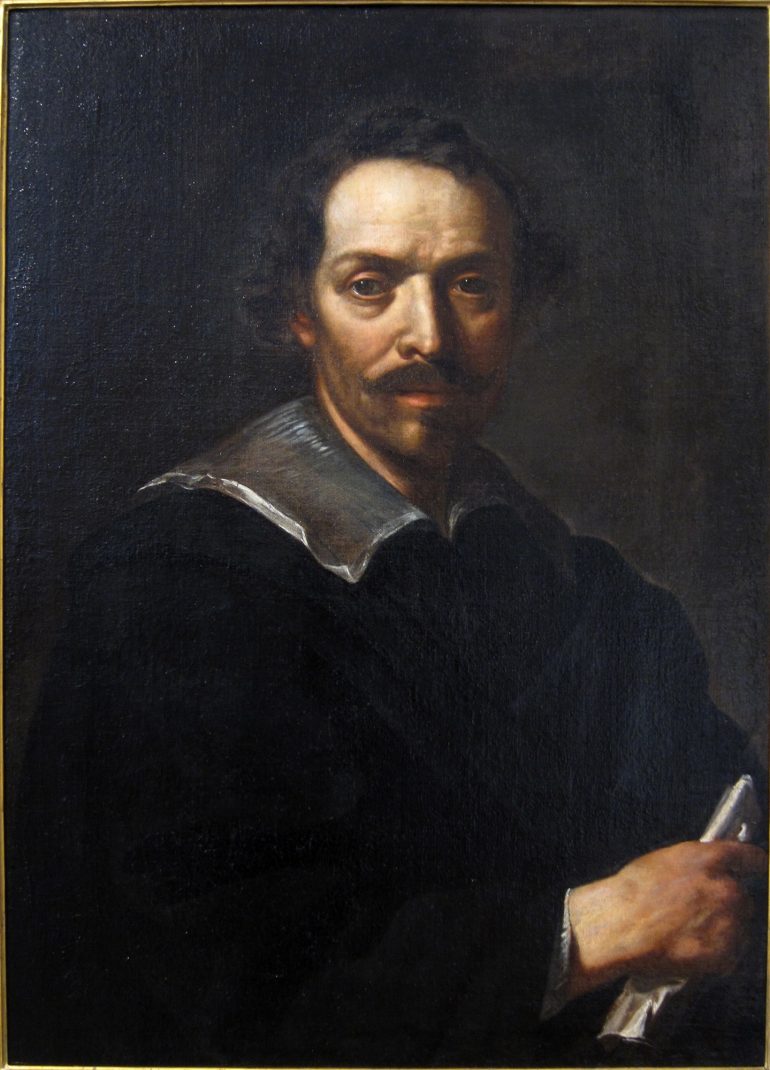 Pietro is a 17th-century architect and painter known for religious art which mainly involves frescoes. One of the well-known Baroque Old Masters, he’s also painted for the Vatican under their Catholic Counter-Reformation campaign while under the payroll of the Barberini family, Italy’s most powerful family in the 17th-century. During that time he was employed by them, the Barberini family controlled not only Rome but the Vatican as well under the leadership of Maffeo Barberini, also known as Pope Urban VIII. Cortona worked for them for most of his career and created masterpieces, like the Allegory of Divine Providence and Barberini Power, a Quadraturista fresco in the Palazzo Barberini’s grand salon. The Palazzo has been the Barberini family’s headquarters since 1620. The fresco was started by Cortona in 1633 but had to go home three years later so the family had it reworked, which took another three years to complete. It is known to be Cortona’s greatest work.

His real name was Pietro Berrettini and he was born in Cortona in 1596. He initially studied art under the guidance of Florentine artist Andrea Commodi, but later moved to Rome in 1612, where he trained under Baccio Ciarpi. In the beginning of his career, he mostly does drawings. He also did two frescoes in 1616 for Villa Arrigoni. In 1620 his patron, Marquis Marcello Sacchetti, introduced Pietro to Cardinal Francesco Barberini’s secretary, Cassiano dal Pozzo. Cassiano is also acquainted with Nicolas Poussin, a French Classicist Old Master who will forever influence Pietro’s art.

In 1624-26, commissioned by the Sacchetti family, he painted three works: The Triumph of Bacchus,  The Sacrifice of Polyxena, and The Rape of the Sabines (considered to be one of his masterpieces), as well as designed two villas: one near Rome (the Villa del Pigneto) and another in Castel Fusano. It was under the Sacchetti family’s employment that he met his rival, Andrea Sacchi (the teacher and sponsor Carlo Maratta). It was also here that the painter met the pope and Francesco Barberini, a cardinal and the pope’s nephew. From this connection, he was able to receive the religious commissions from the pope that he will be first famous for before The Rape of the Sabines: The Church of S. Bibiana frescoes. 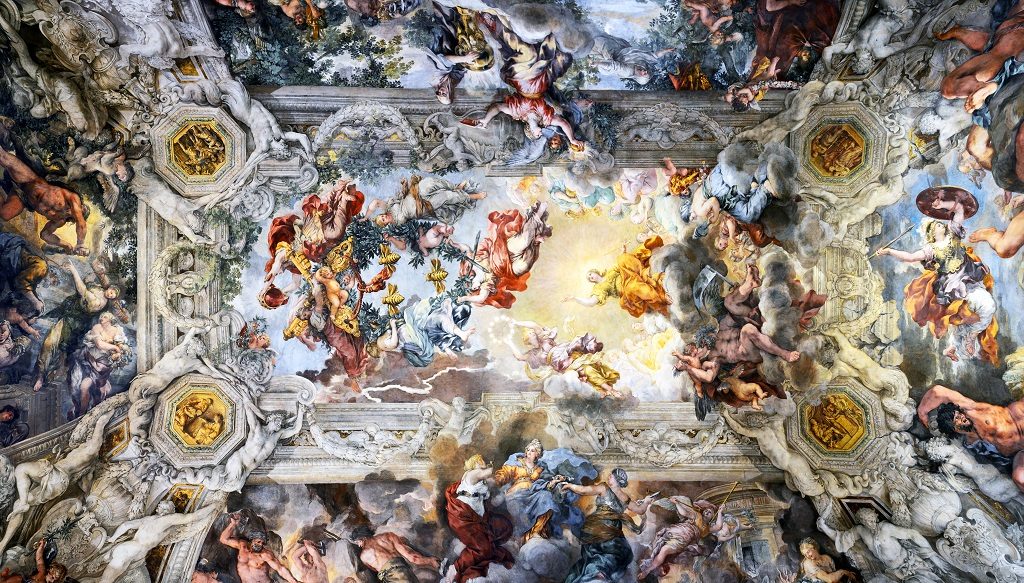 In 1633 he began the work for the “Allegory of Divine Providence and Barberini Power“, the ceiling of the Gran Salone of the Palazzo, one of Pietro’s best Baroque paintings. When the painting was almost done in 1636, he was invited by Ferdinand II to Florence to start the project for the Pitti Palace. The frescoes’ subject would be the Four Ages of the World, which is to be painted in the same style as that of the Barberini ceilings. He wasn’t able to finish the work, however, when he returned to Rome in 1647. Instead, his student, Ciro Ferri, finished the work by painting the Apollo and Saturn’s rooms. The whole project took him three trips between Rome and Florence.

Returning from Florence, he took several other commissions from the pope, Pope Innocent X, and the Barberini family, who continued to employ him. He worked on several projects until his death in 1669, namely painting a part of St. Peter’s Basilica, the Sacrifice to Diana, and the Martyrdom of St. Lawrence, which is still on display at the altar of the Franceschi Family’s Cappella in Florence. He was also involved in a number of projects as an architect, designing some of the churches in Rome, like St Maria della Pace and St. Maria Via Latta. One curious fact about all of this was that he never actually decorated any of the churches he designed.

One of the most interesting things about his life is his rivalry with Andrea Sacchi. The two debated over the appropriate number of figures in a given work. In Pietro’s Allegory of Divine Providence and Barberini Power it is obvious that he thinks that you can have as many as you want, while Andrea Sacchi reasons that you can’t give all the figures meaningful roles, so it is better to only have a few that are relevant to the scene.