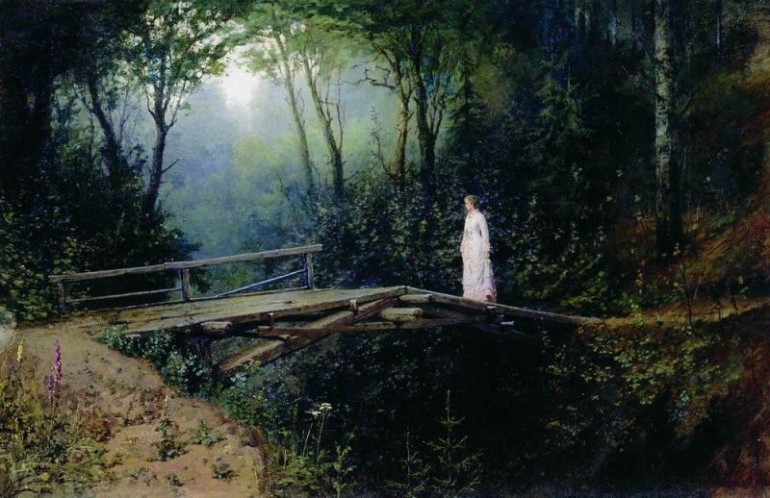 Rafail Sergeevich Levitsky, a Russian Romantic, Impressionist and genre painter, was born in 1847 to an aristocratic family. His father was Sergei Levitsky, a pioneer and major contributor to photography’s development.

His art lessons started at the Imperial Academy of Arts in St. Petersburg and one of his classmates there was the famous realist painter, Ilya Repin. The teachings of Pavel Petrovich Christyakov, blended with the best methods of the academic school as well as the experience derived from the direct perception of what nature truly is became the foundation for Russia’s realism movement.

Levitsky later became a School of Imperial Society of Honoring Visual Arts professor beginning in 1884 until its closure in 1918. He was active in the Peredvizhniki movement, created to protest the academic restrictions on what artists could paint and the style they could use. After spending plenty of time to travel across Russia, he went to Italy three times to paint landscapes en plein air in the impressionist style.

The Bridge in the Woods

The most famous of his paintings was “The Bridge in the Woods” that he painted from 1885 to 1886. This painting definitely showed his skill and talent in art. His delicate brushstrokes contrasted with the contiguity of the colors. The dark greens he used placed the focus on the beautiful woman standing on the bridge. The painting had real depth, with the ethereal quality of the background providing a very dramatic contrast to the elements in the powerful foreground. It lent vulnerability to the woman, making the viewers think that the scenario will bring the maiden doom, shown in the broken bridge and the ravine below.

Rafail Levitsky was not only a painter, he was a brilliant photographer as well. He helped his father who was a pioneer in the development of photography and their studio in St. Petersburg had always been known as an enterprise run by the father-and-son team. He took over his father’s business after his father’s death and was that skilled and popular to be able to take portraits of well-known Russian figures, include Alexander III and Czar Nicholas II.

His great skill as a fine art photographer continues to be recognized until today. Despite the limitations in photography during his era, he was able to create very well composed photos through the use of natural backgrounds, natural poses and manipulation of soft lighting techniques. The portrait of Alexander III that he did is used on a ruble bank note, proof of the enduring quality of Levitsky’s work. His photographic skill was due to his ability to turn the photo into an art work. It was his work that inspired the modern and contemporary idea that a photograph could do more than just capture the image of a subject, but could also be a form of artistic expression, very much like a sculpture or a painting. 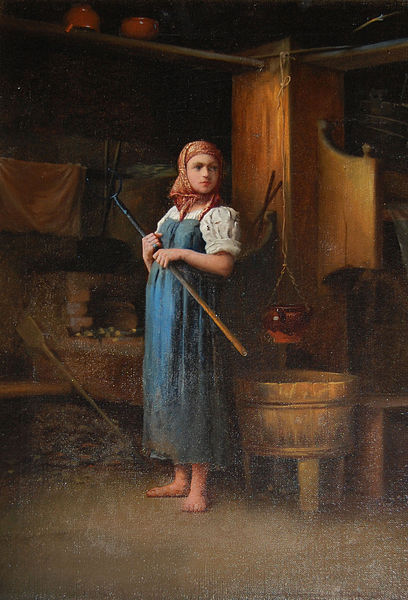 In 1880, Levitsky and several other artists felt too confined by the restrictions of the academic methods imposed by the Academy and they formed the Peredvizhniki (Itinerant) movement. Levitsky exhibited with them for 14 years, from 1880-1894.

Association with other creative geniuses

One of the closest friends of Rafail Levitsky was another artist, Vasily Dmitrievich Polenov, whose artistic composition and freshness of colors were influenced by the treatment and painting style of Levitsky. He also shared a good and lasting friendship with Leo Tolstoy and even did a portrait of the famous author.

Levitsky was also a good friend of artist Ilya Repin, who would later be the teacher of an equally famous Russian Impressionist painter, Valentin Serov. Repin was his classmate at the Academy and they did portraits of each other. They also traveled together to the Abramtsevo Colony, where an artists’ union was founded by the estate’s owner, art partron and author Savva Mamontov.  Levitsky and Repin also painted the same subject, showing their different perception, style and techniques in “On a Bridge in Abramtsevo” by Repin (1879) and Levitsky’s famous work, “The Bridge in the Woods” that he painted six years later.

It is a pity that the extent of Levitsky catalog is unknown. His lifetime achievements, his history and his artistic influence were lost during the reign of the Soviets. Even the State Russian Museum does not have archival documents, drawings or pictures of Rafail Levintsky.

The largest collection of the artist’s works are located in Toronto, Canada at the Di Rocco Wieler Private Collection, which is dedicated to preserving the legacy, works and memory of the great father-and-son team.