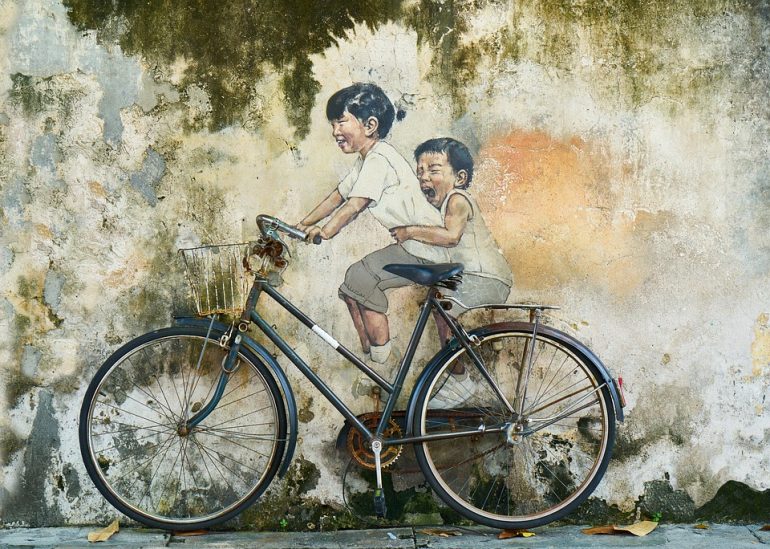 What does a graphics designer, a mime, a composer, and an architect all have in common? They are all, in a sense, artists. And so are rappers, bassists, writers, novelists, painters, sculptors, actors, playwrights, magicians, voice actors, cartoonists, and animators. The branches of art are numerous, but they are divided into 3 categories: Visual, Performance, and Literature. So when you ask things like “is ‘this’ art” or “is ‘that’ art,” you’ll have to be able to classify it into one of these three categories. It is one of the two things that are considered, along with the artist’s intentions, when trying to identify if something is art.

Visual art represents the branch of art that deals with art that stimulates through vision. Painting, photography, and sculpture are just some of the arts that fall under visual arts. Modern visual arts includes animation, comics, and even graphics design or digital art used for video games. Visual art doesn’t necessarily need to please the senses. The Pieta, for example, invokes sorrow to art enthusiasts and Christians alike. Comic artists that draw scary or violent scenes are still making art. Memes too can fall under visual art. This branch sometimes also overlap with Performance art.

What about pornography then? Well, if during ancient times and Renaissance, work can be both pornographic and artistic, then there’s no reason for it to not be the same in this era. However, due to how hard it is to asses the artistic value of something so stimulating, it is sometimes hard to tell if a work is meant to just be pornographic or meant to also be artistic. In some cases, to protect the public from obscenity, the government is needed to be the one to asses the artistic value of a piece.

Performance art is different from visual art in the sense that, in performance arts, there are people who are performing the art. This branch of art deals with actors and musicians of all kinds. It also includes other “performers” of all kinds, like magicians. As long as someone is “performing” the art, then it is performance art.

However, performing “pornographic and obscene acts” are usually not considered art, and for a good reason. It is just too lewd or obscene for the public.

Now, there are certain exceptions to the rule. Video games, for example, are considered art by some people while others don’t. This all comes down to how you view the medium regardless of its parts. For some, for example, voice acting, music, and animation are art, but cartoon, especially ones aimed at kids, are not art. Some people also don’t consider works that has no meaning at all art. This makes it hard for many artists to be even considered artists.

Still, it would be hard for a lot of people to consider a smear of poop as art, even if does somehow looks like art, even in the current year 2019. Some people out there have some unusual sense of art, like the painter who painted the picture of Obama with sperm on him, so it is quite hard to tell if the person is really an artist at all or just some sexual deviant that knows how to paint. But until we prove that they are not art, they will keep their badge as artists. For that’s how we protect the rights of artists. Every smear of poop on canvas, every painting of sperm, as long as it falls under the three above, even loosely, is art.