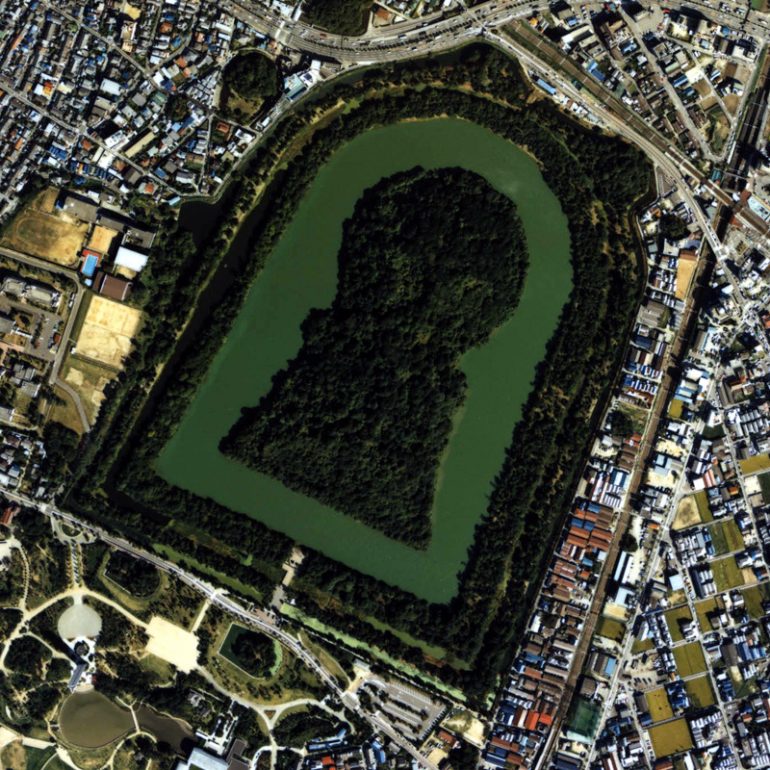 When one asks what is Japanese art one may get a broad range of answers and that’s really to be expected. When you talk about Japanese art you are talking about statues, paintings, plays and music, and even architecture. And even after you get those you’ll find people saying that even their Japanese swords are considered art.

The history of Japanese art goes way back from the settling of the Jomon people in 11,000 BC. At the time they started out as nomadic hunters that soon settled down as they learn agriculture. The artifacts found in this time are usually small clay dolls and statues, jewelry and adorned earthenware. After them came the Yayoi people, whose culture is slightly more advance than the Jomon people. Their new techniques in the fields pottery, metallurgy and agriculture was said to have been from Koreans who migrated to Japan.

Shorty after then the Kofun era started and most of the art in this era were clay statues, called “haniwa”, as we as their monolithic graves called “kofuns”. They also inherited metallurgy from the Yayoi period.

From the Asuka peroid up to the Edo period, Buddhism-related art became a norm. Buddhist from India and China reached Japan to spread their beliefs and with them also came art and symbolism related to their beliefs. They, too brought the art of paper-folding from China, that went on to become “Origami”, to Japan. Their architecture too is vastly different from the people of earlier eras. Most of the first Buddhist temples still stands in the Nara prefecture. Zen Buddhism, derived from the Ch’an Buddhism took its roots in Japan. During the Asuka period, too, the art of food preparation that will go on to become Sushi, arrived from China.

During the Heian period, e-maki became a thing. These scroll paintings are divided into otoko-e(men’s pictures), which is the style preferred by men, and onna-e(women’s pictures) which is a style preferred by women. You can draw similarities between e-maki and the modern japanese comic books, manga, which is also divided mainly to shounen(boy’s) and shoujo(girl’s) manga. Otoko-e details historical events while onna-e mostly center romantic themes and court life.

In the Kamakura era, sculptuors takes the art to a more realistic style with the rise of the Kei school of sculptors. Calligraphy and painting too were given much spotlight in this era. This is the time when the Kegon Engi Emaki started. Its an E-maki with written text that is either a narration or a dialogue between illustrated people, comparable to modern comic strips.

The Muromachi era sees the influx of more techniques from China as Ch’an Buddhism was imported into Japan, becoming Zen Buddhism. The Azuchi-Momoyama period after that marks a period in Japanese art where artist has perfected painting gorgeous landscapes on their sliding doors.

The Edo period is marked with lots of advancements in art such as in architecture, with the building of the Katsura Detached Palace, painting, with the development of ukiyo-e and woodblock print, and theater, pertaining to the Kabuki theater that gained popularity in that era.

When Japan opened their doors to the world, an influx of western ideas were suddenly made available to artists and architects. Most notable is their hunger to modernize their art with new techniques and ideas. The Tokyo Train Station and the National Diet Building stands as a testament to the architects influenced by Western style.

After World War II Japanese artist went out to the world on their own, trying to take on the international stage they continue to use Western technology and techniques. Some even adapted western art styles and gave it a distinct Japanese feel. This is the roots of the art style mostly seen in modern Japanese animation, manga art and Japanese games came from. Those who stayed with the traditional techniques are few, though they still do exist. Sadly they are dwindling like the case of Ameizaku (candy sculpting) that started during the Heian period.

In contrast, those who embraced western ideas are thriving and growing, but even that is still, at times, given that distinct Japanese flavor. From their music to their paintings. Cartoon were made into anime, comics to manga, rock and roll to J-pop and their popularity creates subcultures that, with the help of their traditional and strictly, non-traditional counterparts, will continue on to evolve Japanese art even further into the future.