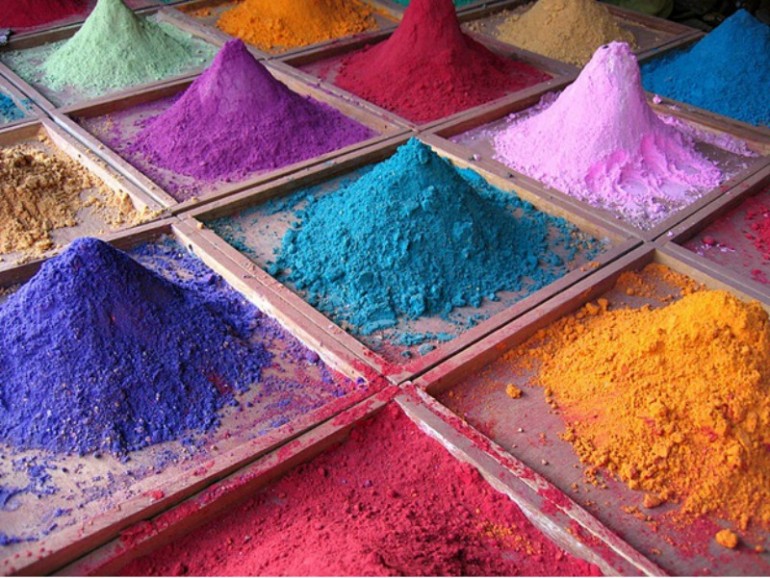 During the Renaissance (14th century to 17th century), oil painting was one of art’s most relevant advances. Although there was documentation about oil paintings as early as the 11th century, it had become used more often during the time of the Northern Renaissance painters, from which Jan van Eyck belonged. He was one of the first artists in the 15th century who made use of oil paints more frequently and helping to spread its use across Europe.

Jan van Eyck, a Belgian Renaissance painter, whose works include religious masterpieces as the Ghent Altarpiece, The Arnolfini Portrait, Annunciation and the Madonna in the Church, represented the classical way of building paintings, using a medium and oil colors he himself mixed. The ingredients of the medium were dependent on the stage of the painting, which could be varnish, solvent or oil in different proportions. In a lean ratio, the mixture of oil paint and solvent is 50-50. As van Eyck built the layers in his painting, the ratio might have a higher fat consistency by the addition of oil and varnish. This fat over lean process prevented the paints from cracking as the painting dries.

Earlier, egg was a medium, but in the 15th century, it was replaced by linseed or walnut oil. They were slow-drying than tempera so the painting was rendered more versatile, allowing them to be used for different situations, thus broadening the selection of subject matters. With the increased understanding of depth and perspective, greater realism was achieved. The natural plasticity and luminosity of oil colors allowed the Renaissance artists to attain newer effects of realism and color, enhancing their color palettes more significantly.

Italian Renaissance artists, following the tradition used during the Stone Age cave painting, used natural chalks produced from mineral pigments for their drawings. These mineral pigments came from the earth and formed into sticks. Around the 1500s to the 1900s, red chalks that produce a warm and rich color were popularly used and could be seen in the works of Raphael, Michelangelo and Leonardo da Vinci. 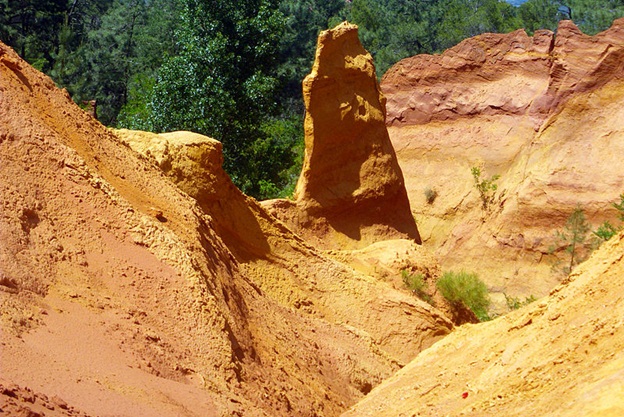 Although the Renaissance color palette closely resembled the Medieval Age palette, there were some new improvements and more pigments were added such as carmine lake (from the cochineal scale insect), smalt and Naples yellow. Other reds such as madder lake and vermilion were also used, as well as realgar (Ruby Sulphur) and several blues, such as indigo, ultramarine and azurite. The greens included malachite, green earth and verdigris, while the yellows, aside from Naples yellow, had lead-tin and orpiment. Umber was the source of the browns during the Renaissance. For black, bone black and carbon black were used, while lime white, gypsum and lead white were the ones used for the white paint.

During the time of Rembrandt, Dutch vermilion, which was created by directly combining sulfur and mercury through heat followed by sublimation was highly developed. But Rembrandt only used vermilion occasionally. He was more inclined to employ bright red ochre with red lake added. His palette contained limited base colors, which he expanded by mixing it with other pigments and media.

The lake pigments were natural textile dye fixed to a precipitate made from chalk substrate or the combination of potash and alum. They brought depth and richness over opaque underlayers in a painting. To enrich his colors, Rembrandt often mixed lakes directly with other pigments. Rembrandt is a master of chiaroscuro, and his range of tones was very special. Ochre was a dominant color in most of his paintings, due to its range of translucency and color as well as its stability. He also used umber a lot, particularly for the ground layers because it contained black manganese that caused linseed oil to dry faster.

Rembrandt often used Vandyke brown for his background glazes that called for deep brown, mixing it with other earth pigments to promote drying. He also used smalt, made from ground cobalt glass. It was a good dryer and he used it to give bulk to his thick glazes that contained lake pigments, to facilitate drying.

Later in his career, Rembrandt used smalt for the blue color rather than verditer, which was a synthetic azurite. To achieve the deepest black for the costumes of his models and for sketching, he used bone black or bone charcoal.

1st image by Dan Brady [<a href=”http://creativecommons.org/licenses/by/2.0″>CC BY 2.0</a>], <a href=”http://commons.wikimedia.org/wiki/File%3AIndian_pigments.jpg”>via Wikimedia Commons</a>