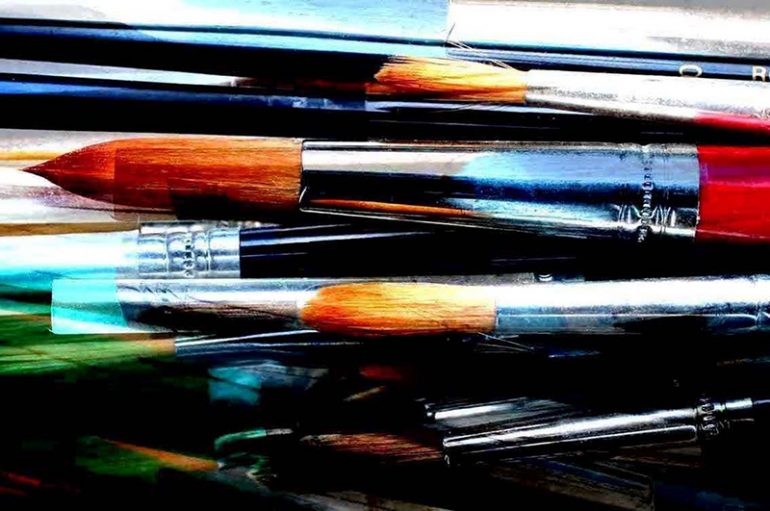 There is an old saying that goes, “a family that eats together, stays together”. But for Claire, Renn, Aira, and Pann Lim of Singapore, a family of artists who collectively call themselves Holycrap, no other activity in the household strengthens their bonds than creating artworks.

Claire and Pann were an ordinary artist couple. Claire was a fulltime homemaker, while Pann was a Creative Director at Kinetic Singapore, a multimedia-based company. It was only in 2011, a little time after their two children were born, when the idea of creating an art collective was born as well.

“I have been active giving talks and lectures in school and I meet young designers and art directors who will show me their work and I always take a lot of heart to share with them my thoughts and insights,” Pann said in an interview with The Artist and His Model on 2013. “One night, it suddenly dawn upon me that I have been imparting my knowledge to designers and students that I have only met once but I have not officially shared these things with my kids. So together with Claire, we came up with the idea of starting Holycrap as an art collective.”

And so, Holycrap was born. The art collective with their names—CRAP stands for their names, Claire, Renn, Aira, and Pann—that, according to Pann, aims to “make people exclaim ‘HOLYCRAP’ when they see it.”

Holycrap produces artworks in various mediums. Claire and Pann engage in a variety of media, while their two children, Renn and Aira, can produce paintings in ink and acrylic, and even photography. In addition, the creative family is known for publishing Rubbish, a biannual magazine. In here, the art collective compiles their most notable artworks.

“For every issue, we sit down as a family and discuss the content we have at hand and how we can use it for our coming zine,” Claire said in an interview with Eyes on Design. “Pann will always be the designer and creative director on the projects. He also does most of the photography.”

Some of their famous works include “The Dangerous Book for Boys”, “Google Translating Tokyoto”, and “Renn Lim”.

About a year ago, on November 2015, Holycrap was made to take down some of their artworks in National Gallery Singapore, due to a miscommunication of the “allowed uses of the venue”. 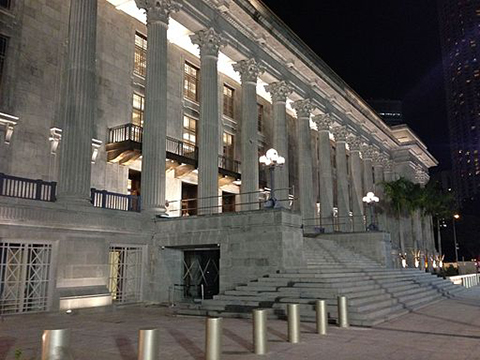 One of the artworks the art collective had to withdraw was a painting by the 11-year-old Renn and nine-year-old Aira. The supporters of the art collective were in an uproar for a long time, however, Claire and Pann made it clear in Holycrap’s Facebook page that the issue has long been resolved. Claire said that they will continue doing their art like they always do.

As of now, the family goes together in different parts of Singapore for artistic adventures. And surely, their supporters are waiting for more artworks from the family that creates art together.

2nd image by By Smuconlaw (Own work) [CC BY-SA 4.0 (http://creativecommons.org/licenses/by-sa/4.0)], via Wikimedia Commons