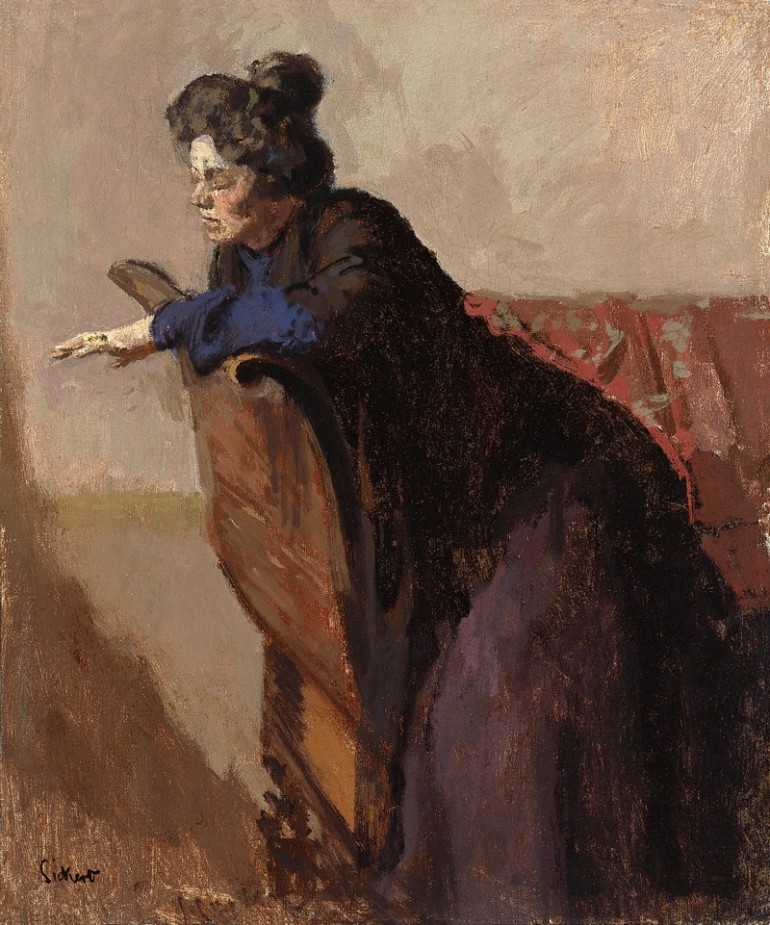 Walter Richard Sickert was a British painter and printmaker. He was an important member of London’s Camden Town Group. He exerted a great influence in the distinct 20th century styles of British avant-garde art. Walter Sickert was born in Munich, Germany on May 31, 1860. He was eight years old when his family moved to London and took up British citizenship.

Sickert was known for being an eccentric. He preferred urban scenes and ordinary people for his subjects. Most of his popular paintings were based on press photographs and portraits of well-known figures. Walter Sickert played an important role in the transition from Impressionism to Modernism of British art.

Sickert came from an artistic family. His father was an artist and his grandparents were also into arts. Although this was the case, he tried to carve out an acting career initially before eventually taking up art at London’s Slade School. It was during this time that he became an assistant at Whistler’s studio. The period was the time when Whistler was experimenting and creating nude paintings, with some parts of the figure cut off or otherwise sketched from various angles. It made a huge impression on Sickert, which affected his style and choice of subject matter.

For a time, Sickert stayed in Paris and worked with Edgar Degas. The French artist told Sickert to rely on sketches and memory. The earliest paintings he produced were scenes from the music halls in London, such as “Gatti’s Hungerford Palace of Varieties and The Old Bedford.” These paintings showed ambiguous and confused spatial relationship between the performers, orchestra, stage and audience. 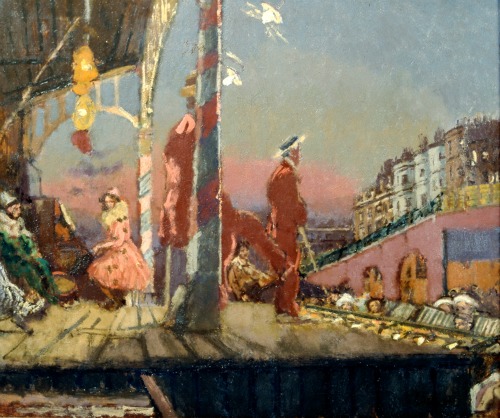 In the span of nine years between 1900 and 1909, Sickert participated in 15 exhibitions in Paris, and was able to achieve a reputation as a modernist painter in an area that was commanded by French artists. His paintings were handled by the Bernheim-Jeune Gallery, the art dealer that also handled the works of Edouard Vuillard and Pierre Bonnard. Incidentally, the trio shared a common theme – that of nude figures that were viewed from strange and awkward angles.

That was a move in a different direction, as the artist originally favored music hall scenes. During this period in his career, Sickert concentrated on nudes and dark scenes, and most of the interior showed bedrooms with cheap furnishings.

His stay in France was marked by the time he spent in Dieppe. In this village, he turned into an obsessive painter of St. Jacques, a medieval church. Due to this he was called the Canaletto of Dieppe.

The artist went back to London in 1905. He stood out among his contemporaries because of his deep knowledge of French artists and French art. He became popular among younger artists who often gathered in his Camden Town studio. This led to the formation of the Camden Town Group, a group of artists led by Sickert, Spencer Frederick Gore and Harold Gilman. Their members included Augustus John, Robert Bevan, J.B. Manson, Charles Ginner, Henry Lamb, Percy Wyndham Lewis and Lucien Pissarro, the son of Camille Pissarro, one of the prominent French Impressionists. The Camden Town Group had been gathering since 1905 but it was only in 1911 that it became a formal organization.

Sickert became the principal mentor and main theorist of the group that was chiefly responsible for the introduction of Post-Impressionism in Britain. Their main influences were the works of Paul Gauguin, Van Gogh and several other artists.

Sickert’s style was a combination of many movements. In technique, his paintings were Impressionist but in emphasis, they were realistic. He was known for his provocative themes. He was even thought to be Jack the Ripper because of his morbid paintings, mainly due to the prevailing news at that time. There was an unsolved murder of a prostitute in Camden Town. It was the same period when Sickert painted “What Shall We Do For The Rent?” It showed a man who sat next to a bed where the rigid body of a naked woman was shown facing the wall, which many people thought was a dead body.

During his long career, Sickert received many accolades. He was the President of the Royal Society of British Artists and the London Group. In 1924 he became an Associate of the Royal Academy of London and was elected as full Academician in 1934.

In the 1930s he created works based on photographs, which intentionally showed the pencil grids he used to enlarge the image. He also produced several portraits and promoted and taught printmaking.