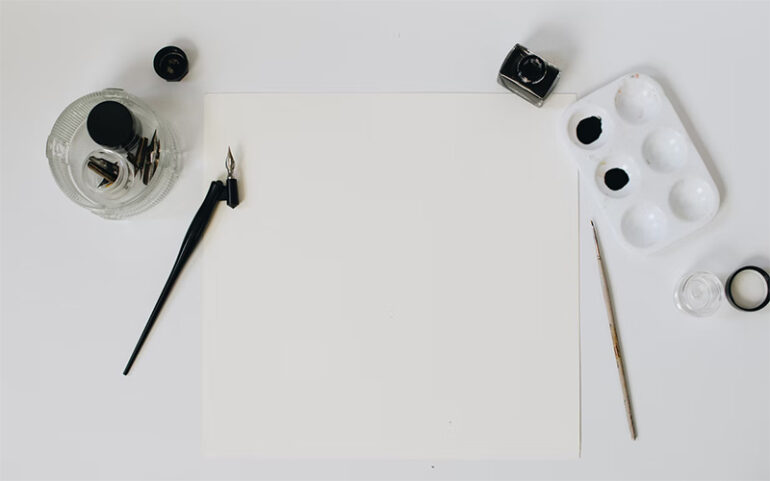 There is profound beauty in the unique rhythm, design, and pattern to the calligraphy art that makes it captivating. While considered a fundamental art form that utilizes writing as its primary medium, calligraphy art continuously strives to be something more.

What started as primitive depictions without any fixed form, the characters became less abstract and more meaningful. Over time, characters found connections with the geometrical arrangement, allowing for freedom of expression through artistic and sophisticated writing. Let’s look at the evolution of calligraphy art and its meaning in various parts of the globe.

The techniques and tools used by calligraphy artists varied over spans of geography, culture, history, and traditions. Paper was the preferred canvas and medium of expression due to its perfect degree of gloss and its ability to present every character without smudging. Some calligraphers prefer using handmade hair brushes for even and speedy application, while some traditionally use pens made from reed.

Knowledge and training are crucial foundations for anyone who wishes to excel in the art of calligraphy. In most cultures, students look for a teacher to help them discover their sense of calligraphic style signature. For instance, Islamic calligraphers start their mastery of calligraphy at a young age and further refine their skills throughout their lifetime.

Many Western artists pursue showcasing the divine proportion in their calligraphy art. Finding beauty in balance means achieving precision, speed, and simplistic design. From the original square capitals used initially in Latin, it eventually evolved into cursive writing that features beauty and sophistication. While considered a visual masterpiece, calligraphy in the ancient Western world was a competition in which artists created scripts widely preferred by advertisers, readers, and book publishers.

Religious appreciation has been an essential function of calligraphy art in various religions worldwide. In India, mosques were traditionally adorned with names and adjectives using calligraphy art. When Islam grew popular in some parts of India, Muslim calligraphy artists had a hard time introducing the formless God Allah to a country whose main religion focused on worshipping 33 million gods, all of which have faces. Through creativity and divine inspiration, the calligraphic form of Allah in Arabic provided a distinct mental image that is used in contemplating and setting prayers and intentions to Allah.

Calligraphy is a labor of love

Writing calligraphy is hard work. Only the best calligraphy artists can write the same letter or symbol numerous times that please anyone who sees it. The Kana language of Japan was the result of skillfully transcribing words phonetically. Instead of using traditional Chinese characters for writing, the Japanese innovated to inspire a sense of pride and clear communication. Kana calligraphy is convenient and popular among Japanese from all walks of life. For many Japanese artists and those from other parts of the globe, calligraphy understands personal style isn’t just a matter of practice but unique individual gestures with meaning and depth.

There are many styles and approaches to executing beautiful calligraphy art. Despite differences in geographic location, beliefs, culture, and history, a calligraphy artwork is more than just typography but a showcase of precision while simultaneously expressing great energy.

1st and featured image by https://unsplash.com/photos/i4z3gAm7sKw