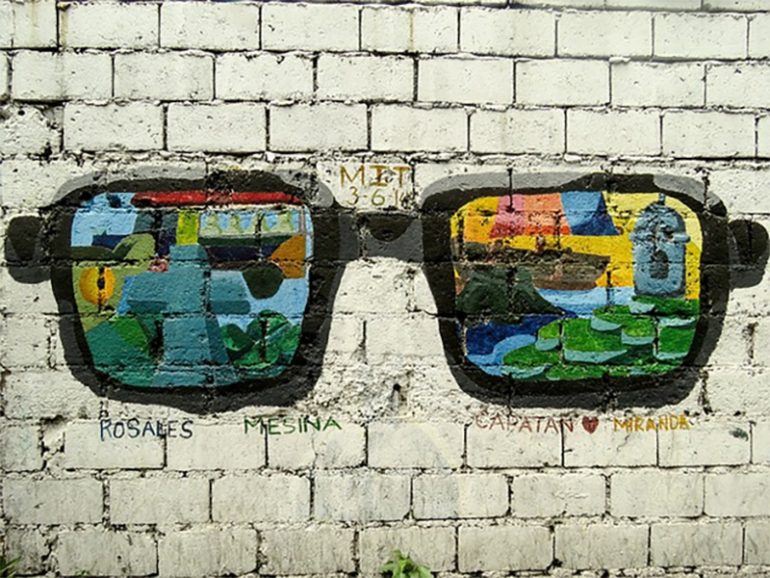 Alvaro Malig Jimenez is one of the few artists from the Philippines who strives to preserve the Philippine culture through art. Among his works are Letras y Figuras and the Banana Stalk painting. He states that he tries to depict the festiveness and the culture of the Philippines.

Aside from paintings, Philippine art is having a comeback in different sectors – fashion, pottery, theatre plays, and, of course, photography. The topics to be discussed are limited to fashion, pottery, and political exhibitions.

The Fashion of Local Weaving

While this might have been written back in 2017, it is still relevant that fabrics of the Indigenous People of the Philippines are paving their way through fashion. These fabrics come in different tribal patterns, colors, and meanings, depending on what group they are from.

They are not only pleasing to the eyes but also very practical and meaningful. Weaving designs have been incorporated into designs of cloth, bags, and even laptop cases! Some of the designs may signify either birth, marriage, or even death. Embroidery applied is used to narrate stories of nature and spirits.

The process of weaving is so intense that a meter long fabric can take a week!

What can be better as decorative objects than pottery?

Pottery in the past was used for practical purposes like cooking or for storing food. It is now not only used for such purposes but also for ornamental uses. Some of the oldest pottery like the Man

A town of Ilocos has been selling pottery products as their source of livelihood The San Nicolas town holds the “Damili Festival” every December where the process of damili happens. Damili is an Ilocos term which means the art of making pottery products.

Other than being created for others to use, each potter with their craft have their own story to tell. Pottery designs are said to affect the mind and appetite of the users, so it does more than just a plate!

Every beginning of the year, Art Fair Philippines is exhibited usually at The Link in Makati City. It is where you can find a variety of Philippine contemporary art, ranging from traditional to digital. With every year of exhibitions, there has been a continuous rise in the number of visitors. This meant that there is also a growing consciousness in art, making an art-going public.

From the CNN linked article, it has been observed that the audience might have grown to realize how art can help visualize the ongoing issues around us. Art may also be seen as a way to escape from the realities faced in the country.

Art Really is a Language

Many of you might not be aware but the Philippines is not only diverse in culture but in their languages as well. With the differences in languages, locally named titles on artworks can bring out its meaningfulness. The reactions art receives based on these titles can vary according to language as a single word can mean differently in each language.

Despite the names, the main goal of art is to bring awareness to the realities we may have avoided or are not even aware of.

Now, there is hope that the local art can bring in a better appreciation of one’s own culture. Do you know any of your local artists, or have you seen any artworks by one?

Featured and 1st Image by Sherise wells from Pixabay