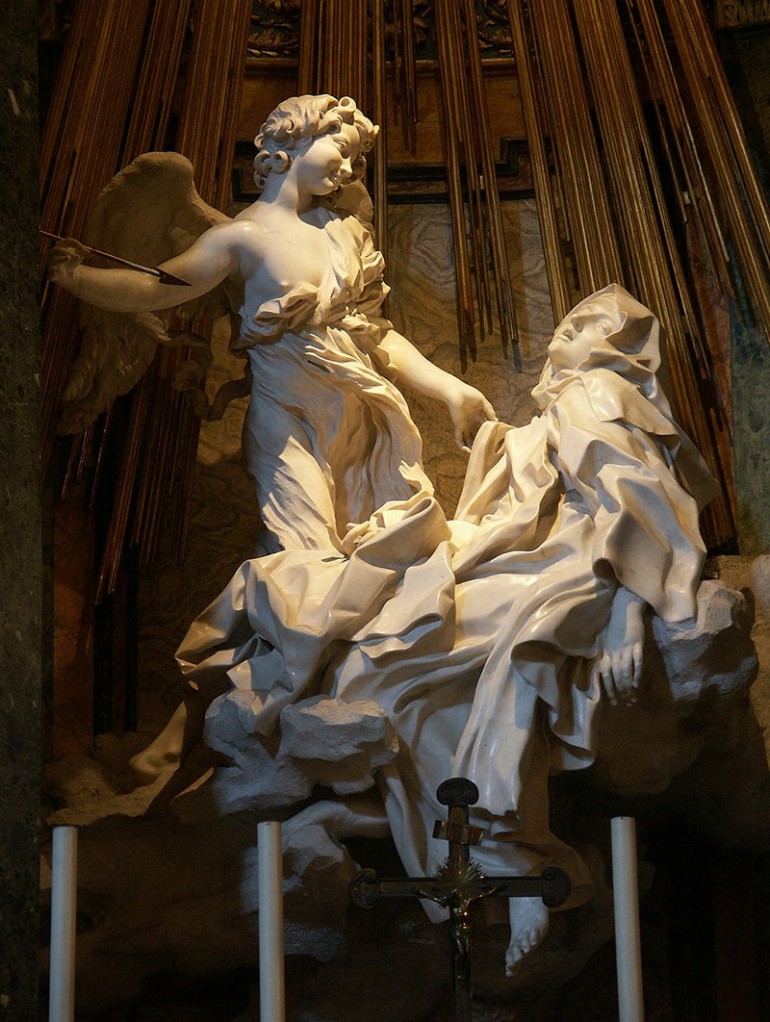 Hailed as the successor of Michelangelo, Gian Lorenzo Bernini, was a sculpture superstar, who was inspirational and influential during his time and continues to inspire many artists today.

Born in Naples in 1598, Bernini’s father was also a sculptor and from an early age, was immersed in art. He had an audience with Pope Paul V at age eight together with his father, and the Pope even said that Bernini was next after the famed Italian sculptor.

Bernini stirred the art world in the 17th century with his many accomplishes as well as his failures and on his own, changed the landscape of Rome and launched his artistic style that became very dominant for some time. A proponent of the Baroque style, Bernini was almost unsurpassed during his heyday and influenced a large number of artists who were inspired to develop their own styles as well. But the rise of Neoclassicism cast a shadow on the works of Bernini. However, Bernini’s reputation was restored during the middle of the 20th century and he became known as one of Western art’s most creative geniuses.

His career flourished during the height of Baroque art in Italy, which was tied to political and religious contexts. It was during the time of the Protestant Reformation and the Catholic Church planned to counter its popularity by calling on artists to create works of art that would elevate the soul, stir the senses and catch the attention of as many people as possible. Thus, Baroque art focused on theatrical, dramatic and massive works.

Even while only in his late teens Bernini was already established as an exceptional artist, having received a major commission from Cardinal Scipione Borghese, an avid lover of art. The works done by Bernini for Cardinal Borghese won him accolades and praise, which eventually led to his knighthood in 1621 and being named in 1629 as the Official Architect of Saint Peter’s. It was one of the highest honors that could be bestowed on an artist.

From 1640 to 1646, Bernini’s career and personal life were marred with failures and controversies. His learned that his wife and his brother were having an affair and the bell tower that he created for St. Peter’s developed cracks and had to be demolished. But he recovered in 1647, when he started creating the Ecstasy of Saint Theresa, which took five years to finish. From then until 1680, Bernini gained continuous success. 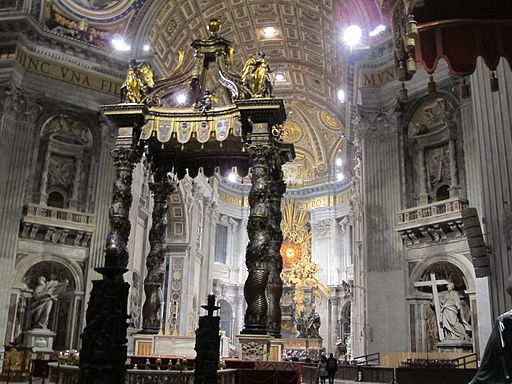 Several elements in the sculptures of Bernini showed the influence of Hellenistic and Mannerist sculpture. Still his sculptures were very distinctive for their naturalism, texture, tension, dynamism and drama, which often depicted a captured moment. Bernini was unparalleled in his ability to turn stone (marble) to depict flowing and crinkled fabrics, beautifully curled hair and skin that looked very soft. His creative talent extended to the way he paid careful attention to the effects of shadow and light, elements that were often seen in paintings than in sculpture.

Bernini’s sculptures usually displayed dynamic and swirling compositions, with the intent of having them seen from every direction. He was a genius at capturing that one essential moment and turning it into a dramatic movement through his mastery of art techniques and facial expressions that were very emotive. Overall, viewers are invited to be a part of the scene that is in front of them.

The textures in a Bernini sculpture were always very detailed, whether these are small ones such as leaf veins, rough barks to larger features such as luxuriant hair or rippling fabrics. While the figures were idealized, the manner in which they were posed and the individual features he gave them were full of human emotions. His compositions were never static. Diagonal poses, a characteristic of sculptures created during the Baroque period, gave tension to Bernini’s figures, conveying drama and theatrics.  There was always a sense of movement and he almost always employed curved, rather than straight lines. In essence, Bernini was like Italian Baroque artist Caravaggio, whose works embodied such realism and naturalism, whatever type of subject he was shaping.

Bacchanal: A Faun Teased by Children, Aeneas, Anchises, and Ascanius, the Tomb of Pope Alexander VII, Neptune and Triton, The Rape of Proserpina, and Apollo and Daphne are just some of Bernini’s magnificent sculptures. He also did the sculpted bronze canopy or baldachin at St. Peter’s and his version of the Biblical David, depicted in the moment when he was about to throw the rock to bring Goliath down.

Featured and 1st image by Dnalor 01 (Own work) [<a href=”http://creativecommons.org/licenses/by-sa/3.0″>CC BY-SA 3.0</a>], <a href=”https://commons.wikimedia.org/wiki/File%3ARom%2C_Santa_Maria_della_Vittoria%2C_Die_Verz%C3%BCckung_der_Heiligen_Theresa_(Bernini).jpg”>via Wikimedia Commons</a>