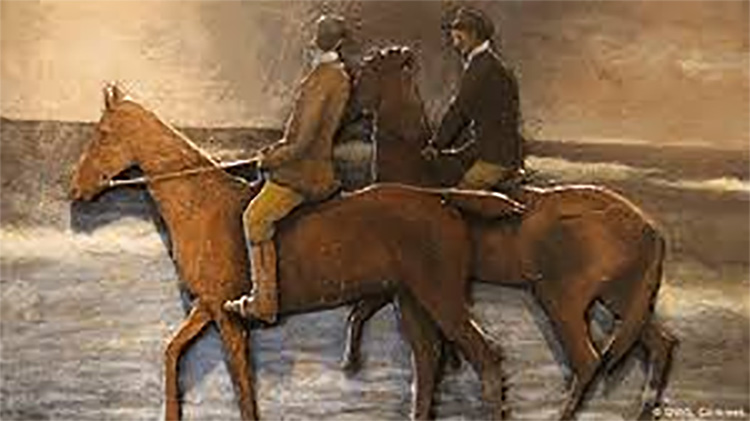 David Toren, a patent lawyer, and Holocaust survivor, died on April 19 at 94 years old. He was at his home in Manhattan when Toren lost his life from novel coronavirus. He was known for his single-minded quest to get back the art that was stolen by the Nazis from this family. The exact value of these stolen artworks is yet to be appraised.

Mr. Toren led a campaign to take back the stolen art, and it headlined when Max Liebermann’s painting called “Two Riders on the Beach,” appeared in the collection of Cornelius Gurlitt, an old hermit. Mr. Gurlitt kept the art he possessed from his father, who was a dealer that supplies for the Nazis, in his residential properties in Salzburg and Munich. Unknown to Mr. Gurlitt, Mr. Toren had been looking for the painting a long time ago.

In November 2013, a news conference was held in Augsburg, Germany were photographs of the artwork together with other recovered paintings were flashed on television. By that time, Mr. Toren already suffered from blindness, a side effect of a harsh case of shingles; however, he could still recall seeing the painting one last time; it was hanging in the villa of his great-uncle in Germany 75 years ago. The Gestapo took the art collection of his great-uncle, and the painting “Two Riders” ended up in the care of an unprincipled museum director, who eventually sold it to the father of Mr. Gurlitt.

In 2014, Mr. Toren claimed that he would take back the painting, and after a year of bureaucratic delays, he finally did. The discovery of numerous paintings in Mr. Gurlitt’s possession, which was roughly 1,500 works by different artists, including Otto Dix and Claude Monet, reopened the case of Nazi-looted art. One of the many heirs who claimed that the collection was made of stolen arts was Mr. Toren. Ever since they were discovered, 13 arts were recognized as stolen and have been returned to their rightful owner.

Mr. Toren suffered from retinitis pigmentosa ever since he was born. Due to this condition, he was discharged from the Israeli army. After that, he began his job as a chemist, only to find out that he was not into it. Then, he applied as an assistant to a patent lawyer in Tel Aviv. He met his wife Sarah Brown in Israel, and they got married in 1953. In 2019, his wife died, and he was left with his son and two grandchildren.

Mr. Toren went to New York Law School and attended night studies. He graduated in 1960 and became a patent lawyer. Since he was one of America’s best German-speakers in the industry, he usually handles German companies as clientele, most of whom had had tight connections with the Nazis.

In 2017, he had shingles, and a destructive side effect was the total loss of his eyesight after three days. He retired in his 80s and went on a quest to revive the stolen art of his family, which became his preoccupation.

1st and featured image from https://encrypted-tbn0.gstatic.com/images?q=tbn:ANd9GcQIMAHD8E6hHE4oRkc_gnV7dNKj_JBWJCMo9G3jyjGbVHCyUZzJvQ&s