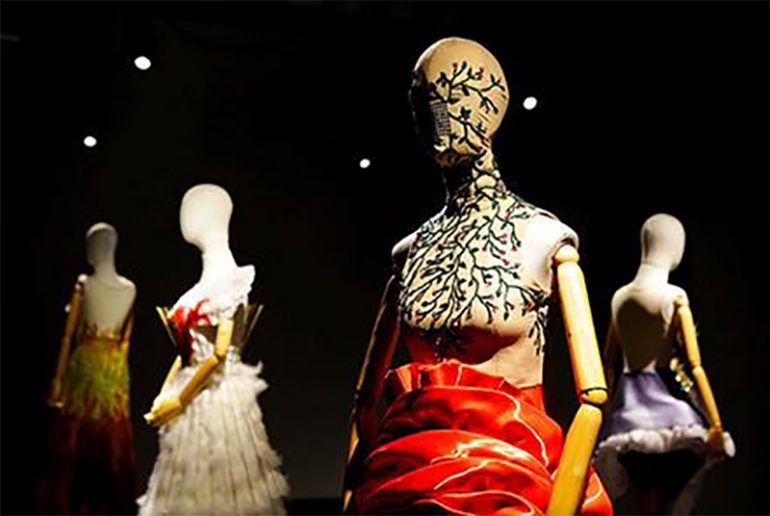 Stepping inside an art exhibition named ‘Abarzanan’ – a term that translates to Superwomen – visitors can see mannequins that were dressed inspired by a white burial shroud. The figures stood above huge stones that were similar to the size of pomegranates. This is a good example that art is not all about the money, afterall.

The exhibition gives honor to the 19-year-old Afghan woman named Rukshana, who was stoned to death by the men in her village. In 2015, she escaped from an arranged marriage to an older man and went off with her young lover. The two eloped and went to a Taliban controlled area somewhere in western Afghanistan.

Rada Akbar, an artist, and the photographer was the mind behind the Superwomen exhibition. Her concept commemorates eight strong and influential women in Afghanistan, including a 10th-century poet and an ancient queen.

After finding out that the February agreement between the insurgents and the United States does not include women’s rights, Superwomen exhibition was created to raise awareness that Afghan women are facing a frightful time. It also explores how the patriarchal society of Afghanistan should acknowledge and respect the achievements of trailblazing women.

Superwomen are displayed at Chehilsoton Palace in Kabul. Every display in the exhibit tackles the story of a veteran, and it highlights the traditional works of various female embroiderers, jewelry makers, and calligraphers in Afghanistan.

One of the displays depicts the 32-year-old soccer player, Khalida Popal. She secretly played as a girl, helped create an Afghan national women’s soccer team, and became a leader of a movement that uncovered harassment and sexual abuse by male officials.

Her story is represented by a mannequin that’s wearing black, grasped by three black-gloved hands in some parts of her body. One hand enveloped her womb, and it’s shaped like a snake. Another hand has one finger that takes the shape of a scorpion, and it clutches a breast. The third-hand crawls over her shoulder.

Her story is embodied by a woman’s figure dressed in black. Three black-gloved hands clutch at her body.

According to Akbar, the three hands are the representation of oppression that is experienced by Afghan women in different aspects – politics, religion, and economics.

Another figure represented Queen Soraya Tarzi, who fought for women to have the education and opposed polygamy and commanding women to use hijabs. Gawharshad Begum was also embodied in one of the displays. She is a courageous empress from the 13th century who supported writers and artists.

Akbar is making efforts to build a permanent museum that will honor the achievements made by Afghan women. The artist had already received approval from the Afghan president, Ashraf Ghani, and the museum is expected to be located in a renovated palace in Kabul.

With the Superwomen exhibition, Akbar aims to celebrate the legacy and works of Afghan women for how many centuries, since the majority of them were deleted in history books that were written by men. The exhibition is one way to remind every Afghan woman and give them a glimpse of what life looks like with the Taliban.

1st and featured image from https://tolonews.com/sites/default/files/styles/principal_article_image/public/art_5.jpg?itok=dZnXoqol